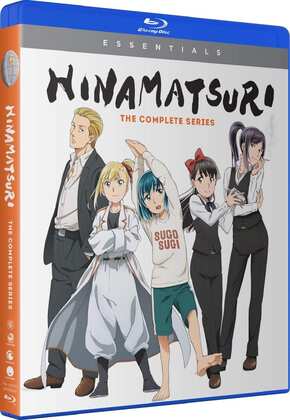 I can still take a chance with an anime. With a lot of the stuff that is released in the UK aiming at a specific audience base, that’s less likely to yield any pleasant surprises; there’s only so much isekai and shonen that anyone can take. But when it comes to the anime that is released in the US, there’s a far wider variety of genres and styles. So when I read a forum post somewhere singing the praises of a show called Hinamatsuri, I didn’t even hesitate long enough to find out anything about it. I rolled the dice and placed an order. I struck it lucky, as Hinamatsuri turned out to be really quite brilliant; what you might get if Mob Psycho was a slice of life show. Click on the review to see what happens when a psychokinetic girl literally falls into the life of a yakuza gangster. 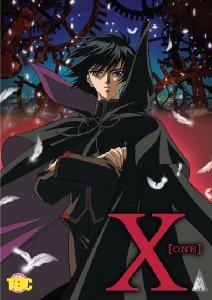 X: The TV Series. I should like this; indeed I did like it the first time I saw it. After all, it dates from the period of the anime bubble, when creators were more liable to take chances with the shows they made, less bound by formula and genre. It’s directed by Yoshiaki Kawajiri of Ninja Scroll fame, has some stunning music from Naoki Sato, and has CLAMP designing the characters to adapt one of their most prominent manga. But I can never get on with X: The TV Series, although it is better than the X movie. It’s the heart of the story that always annoys me, as it’s a tale about prophecy, and the futility of fighting fate. It’s a show that wears its contrivances on its sleeve, which when you think about it, shouldn’t really be a bother, as the fates of all characters in all stories are dictated by their respective creators. But with X: The TV Series, there comes a point where it starts feeling like narrative torture porn to me, and the story offends my sensibilities. Your mileage may vary of course, and if you can get past that, X is really well done.

MVM released X: The TV Series on six single volume DVDs in 2009, before going the route of the collections. Here’s my review of volume 1. It’s been long since deleted, and is hard to find now, made all the harder as simply typing “X” into a search engine isn’t going to yield much of the way of useful results.

Funimation re-released Hinamatsuri on Blu-ray Essentials Edition in 2020, and it does play on Region B equipment if you care to import from the US as I did.