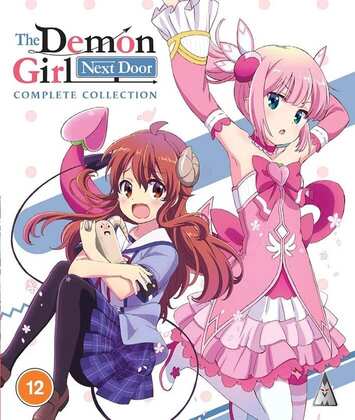 There is one major problem with The Demon Girl Next Door; it’s that we never learn who the Demon Girl is living next door to in the show. That’s one of the pitfalls of translating titles for English markets. After all, the literal translation of the original title, Machikado Mazoku suggests a completely different genre. It’s a magical girl parody, a comedy with a whole lot of heart, and a fair bit of offbeat humour. A girl wakes up suddenly having grown horns and a tail, heir to a demon legacy, and she’s told she has to defeat a magical girl to come into her full powers. She’s certainly not strong enough to do that, while the one magical girl she finds winds up becoming her best friend. The Demon Girl Next door isn’t spectacular or groundbreaking, but it’s charming enough to spend some time on. 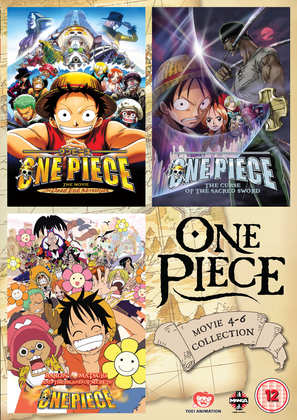 One Piece Movie 6 – Baron Omatsuri and the Secret Island. It’s pretty standard for popular and long running anime shows to get movie spin-offs, especially the shonen titles like Naruto and Bleach. Fans love to get more of the same from their favourite characters, in a shorter medium with far higher production values. But once in a while, you’ll get a movie spin-off that transcends the source material. The first Bleach movie was like that, an emotionally effective tale that the series never matched, while the third Tenchi Muyo movie was nothing like the series it spun-off from. The sixth One Piece movie is another such film, somehow managing to live up to the source material, but then transcending it as well. It’s directed by Mamoru Hosoda, who would go on to direct films like The Girl Who Leapt Through Time, and Wolf Children as well, and you can see his characteristic touch straight away, with familiar, but simplified character designs that allow for energetic and vibrant animation.

Baron Omatsuri and the Secret Island takes the One Piece cast in a dark and discordant direction, when they happen upon a resort island with an ominous secret. Most spin-offs don’t tamper much with the status quo, they usually make a one-off guest character the centre of the narrative, but in Hosoda’s film, the bonds between the Straw Hat pirates are tested to destruction. They go on quite the journey in this film, taking many surreal and bizarre diversions. There’s something very Terry Gilliam-esque about this instalment, not least a character that lives underground, and pops up when you least expect him, very much like a character out of Brazil.


Baron Omatsuri and the Secret Island has yet to see a US release; but Manga have released it in the UK, in the second of their One Piece movie collections, collecting movies 4-6. It’s a triple set of DVDs, subtitle only as they haven’t been dubbed. Here’s my review. If you’re only going to watch one One Piece movie, then this is the one to watch.