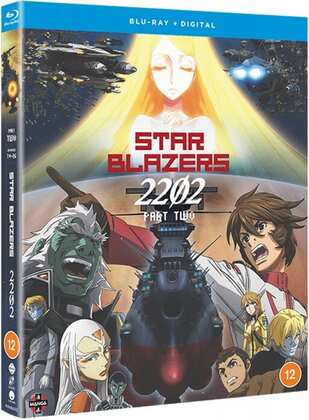 I managed a surprisingly full week of anime reviews last week, which is always a surprise in these straitened days. Star Blazers Space Battleship Yamato 2202: Part Two was first up as I took a look at the conclusion of the space opera sequel series. Star Blazers dates from the seventies and eighties, back when the rule about diminishing returns with sequels was hard and fast. The 21st Century saw both of the original series remade, and it turns out that the sequels’ rule held true for the remakes as well. Having said all that, Star Blazers 2202 still delivers a heap load of entertainment, and if it doesn’t quite match the original, it still manages to go out in style as the story comes to an end. Click on the review to read more. 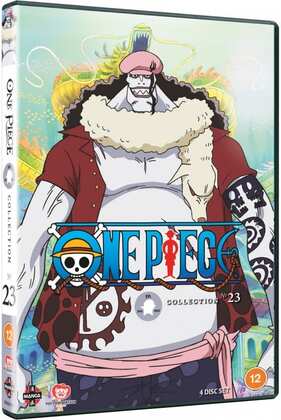 Next I caught up with the most recent adventures of the Straw Hat Pirates, as I reviewed One Piece Collection 23. The thing about long running shonen anime is that it can get pretty cyclical, with each story arc following similar narrative beats. This collection, set on Fishman Island begins with a lengthy flashback exposition bit to build the local characters and give them context, before returning to the present day where the Straw Hats kick off a major stretch of episodes where they fight the bad guys. This is how most arcs in One Piece play out, and it all boils down to how interesting the villains are, and how much fun the Straw Hats have. Click on the review to see how this arc fares. 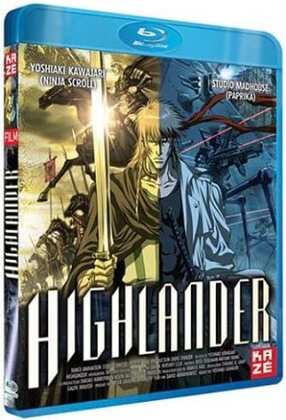 A Blu-ray for Highlander: The Search for Vengeance? It actually did happen, in France. Since the original language for the Yoshiaki Kawajiri take on the head chopping immortal franchise was in English for the target market, that language is standard on the Kazé Blu-ray, as well as French of course. Manga Entertainment released the film on DVD back in the day, and if I’m brutally honest, the only reason to go for the Blu-ray is the lossless audio, as the image quality upgrade is less apparent. So you might want to hold onto the DVD, as it has extras as well. But if you’re a Highlander fan who will take even an incremental increase in quality, then the Blu-ray is worth checking out. 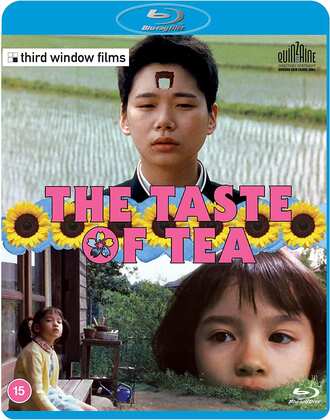 A little live action to end with. The Taste of Tea is a film worth seeking out if you’re a fan of the slice of life genre of anime. The Taste of Tea follows a quirky family living in rural Japan as they go about their everyday lives. Things get surreal and quite odd at times, leading to some charming and funny developments. It’s not the easiest film to describe in a paragraph, which is what they invented trailers for. There’s one down there. If you like shows like Non Non Biyori and Nichijou, you should really seek The Taste of Tea out. 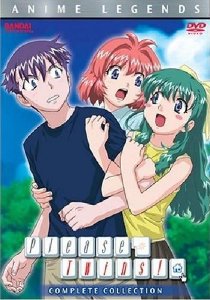 Please Twins. Yeah, I know, I’m a hypocrite. One minute I’m slating Oreimo, and the next minute I’m waxing lyrical about Please Twins. The premise says it all. An orphan has found the house that is in the one photo he has of his past, a picture of himself and a little girl as toddlers in a paddling pool. He now lives in that house, working as a coder to support himself through high school. Then one day, a girl shows up at his door, with the same photo, and believing that she’s his twin sister. And then another girl shows up with that photo and the same belief. They wind up moving in together, while they try to figure out which girl is his sister, and which is a stranger, and naturally a romance with either is on the cards. There is so much ‘ew’ in that concept that you’re thinking of clicking away right now, but Please Twins is set in the Please Teacher universe, shares a few common characters, and just as that show managed to make its love story of an (alien) teacher and an under-age-ish boy work, Please Twins manages to tell a delightful story without churning the stomach too much, and that little churn only comes from a disposable comic relief side character.


Please Twins was originally released on Region 1 DVD by Bandai Entertainment, but I managed to get the 2006 collection release some time ago. Here’s my review. It’s subsequently been rescued by Nozomi Entertainment (along with Please Teacher), and got a DVD re-release in 2015, and a Region A locked Blu-ray release in 2019.