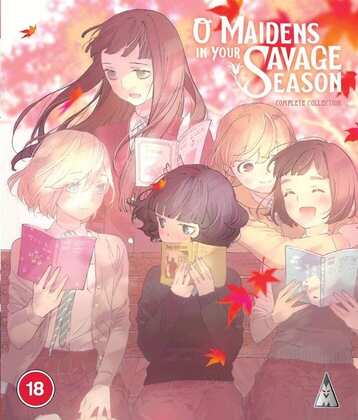 I’m still getting weeks like this, which I might have expected to see the last of some time ago, what with the paucity of review discs, for obvious reasons. But sure enough, I have three new anime reviews for you this week, three series releases, and only one of them from my own collection. We kick off with O Maidens in Your Savage Season, the kind of show that has the BBFC throwing fits. It’s a warts and all sex comedy, in which teenage school girls talk about, and try to experience sex. It all feels very true to life, thoughtful, intelligent and honest without being prurient or exploitative. Naturally the powers that be don’t want the people that would most benefit from watching it, to actually watch it. Click on the review to read more. 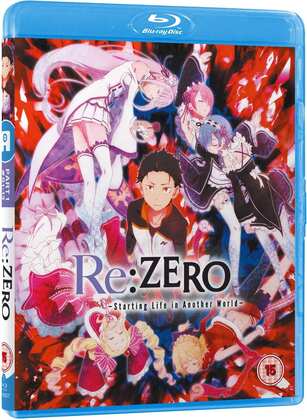 This is one from my own collection, although when it came to review discs, perhaps presaging the current situation, check discs for Re:Zero Part 1 weren’t forthcoming. Having missed the streams, I had to do my best with the second half of the first season without having seen how the story began, and to be honest I was a little lost at sea with the show. Last week, I got to see how this ‘lost in a fantasy world’ story started, and maybe just how Re:Zero has become one of the more renowned in the isekai genre. Naturally I found another petty quibble to whinge about. 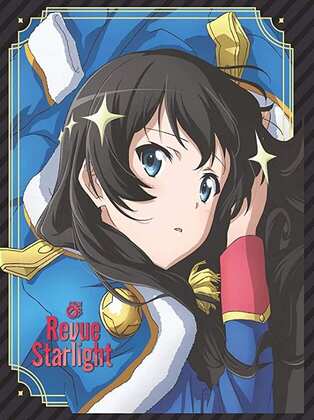 The second new title review this week is for Revue Starlight Collection. It’s odd given the comparative quality of the two MVM shows I’ve reviewed this week, that this is the one that warrants the Collector’s Edition, but as shows like Love Live have shown, the ‘girls competing for fame’ genre has its devotees. Revue Starlight is set in a stage school, and the competition is musical theatre, with nine girls competing to become the top star, and for two of them, the culmination of an ambition and fulfilment of promise that has been 12 years in the making. It all seems quite mundane at first glance, but then the talking giraffe shows up, and then things get really weird. 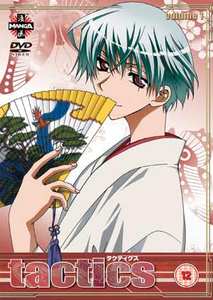 Tactics. This feels like an old school anime, but it actually only dates from 2004. It’s a supernatural anthology show with an overriding arc which develops over its 25 episodes. The main character is a folklorist who investigates strange supernatural happenings during the early part of the 20th Century in Japan. It’s still a nation of spookiness and small gods, and early on he makes a contract with a demon eating goblin (a tall elegant devilish man with wings), and as a house servant he has fox spirit in his employ. His day job as an author is interrupted by various mysteries that he has to solve, which in turn supply inspiration for his writing, and there are plenty of monsters and demons for them to deal with, until the overarching, 1000 year old menace makes its presence felt.

Wacky comedy and light characters offset the (not-so) scary ghost stories. Think of Tactics as an early Ghost Hunt, albeit with rather strong BL overtones, as the relationship between the two main characters has a dynamic that isn’t too dissimilar to that in Gravitation. You have the short, needy, playful main character, and his dark, moody and mysterious friend. Manga Entertainment released Tactics in two halves on DVD back in 2007. Here’s my review of Part 1. They also released it in the US in five volumes. Tactics is deleted now, but you might still be able to find it second hand.

MVM release Revue Starlight on Collector’s Edition Blu-ray today. They will also release O Maidens in Your Savage Season on Blu-ray on the 28th September. All the Anime released the standard Blu-ray release of Re:Zero Part 1 back in August 2019.