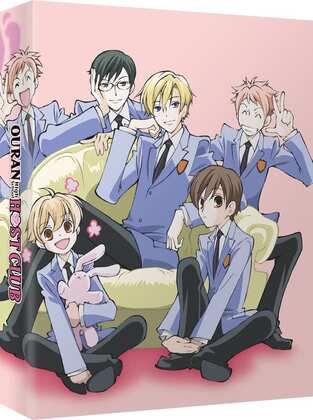 Well, this last week was completely devoted to re-watches, although for the first two titles, they were discs that I hadn’t seen before. Ouran High School Host Club made its UK Blu-ray debut courtesy of All the Anime, and the package is quite nice. Some nifty physical extras and a digipack are all nice to look at. But alas, they used Funimation’s discs which are really getting quite creaky with age. It’s a classic of the anime rom-com genre, with a girl on a scholarship in an elite school stumbling into the wrong room, and getting ‘drafted’ into a host club, compelled to cross dress as a boy to serve girls looking for a little romance. The first half of the show is heavy on the culture clash between the real world and the world of the rich elites, but the show comes to life once it starts looking beneath the surface of the characters. 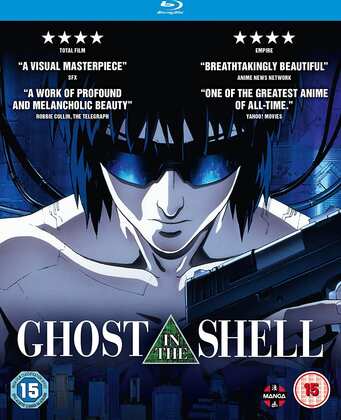 Yes... I went and reviewed Ghost in the Shell again. I’ve written about this film more than any other over the years, several DVD versions and then there was the 2.0 Lucas-ed up remaster which made it to Blu-ray, but it took a long time before the original film got a progressive transfer on UK Blu-ray. When that finally happened in 2014, the resulting Steelbook release was more than flawed, with a new, inferior subtitle translation and missing elements in the English surround track. I didn’t even bother with it then, but in 2017, to coincide with the live action Scarlet Johansson movie, Manga re-released the Blu-ray in a standard case. I still didn’t touch it, happy to stick with the DVD release that I knew wasn’t borked. But then I read a forum post that stated that Manga had fixed the issues for the re-release. Long story short, they haven’t. The 2017 Ghost in the Shell Blu-ray is still broken. 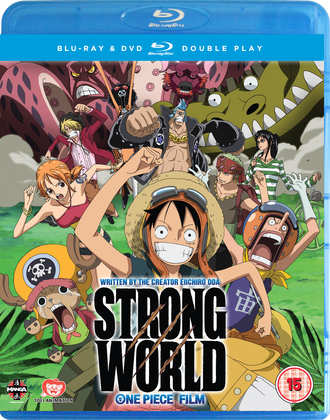 One Piece The Movie: Strong World. I don’t know if I’ll ever get the opportunity to actually re-watch the One Piece TV series, especially as at this point we’re not halfway through the UK releases, but the films are another matter entirely. One Piece Strong World was a relatively early release in the UK. We were travelling in Alabasta with Luffy and his friends on the Going Merry in the series, and all of a sudden this film shows up with a whole new ship, and two new characters in Franky and Brook. Spoiler city! But now in 2020, we’ve passed that point in the story, we’ve had the two year time skip and are in the New World, and Strong World takes place before all that. The end credits actually presage the Impel Down arc. In many ways, it’s a typical spin-off movie, with a brand new villain causing the Straw Hats problems, with plenty of comedy and action on the way to a big fight sequence finale. But Strong World has a really interesting character focus. If you recall the early episodes of the show, and the Arlong Pirates arc, you’ll know about Nami’s past and what she had to do to escape it. Strong World’s twist is that it puts Nami in a similar situation again, and sees how she reacts given all the new friends she has made in the meantime. There’s some really nice character continuity in a genre where spin-offs usually avoid all that, and that makes Strong World rather special.


Manga Entertainment released One Piece The Movie: Strong World on Blu-ray and DVD in 2014. Here’s my review of the Blu-ray. It is still available to buy today.

Manga Entertainment released Ghost in the Shell on Blu-ray in 2014 in Steelbook form, while the standard version came out in 2017. Look for the DVD. All the Anime released Ouran High School Host Club on Blu-ray Collector’s Edition in 2016, and it is deleted and very hard to find now. Thankfully the US release from Funimation uses the same discs and is Region B compatible if you want to import.