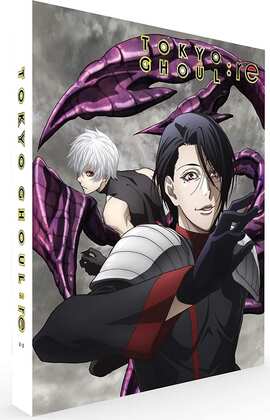 If ever an anime franchise has earned a wistful “If only”, it’s Tokyo Ghoul. Horror may not be my genre of choice, but in its first season, Tokyo Ghoul told a really quite interesting allegory of two antithetical societies trying to coexist. Then there was the second season, where the anime ignored the manga and did its own thing. Then along came the third season, Tokyo Ghoul:re, which in Rise of Skywalker fashion completely ignored the middle third, but instead of retelling the second season, picks up where an imaginary canonical series would have left of, and carries on regardless, leaving viewers none the wiser. It also tries to squeeze the remainder of the story into its woefully brief runtime. And worse, at this point the manga has lost that initial nuance and turned into a run of the mill shonen action show. Don’t expect a good review for Tokyo Ghoul:re Part 2. 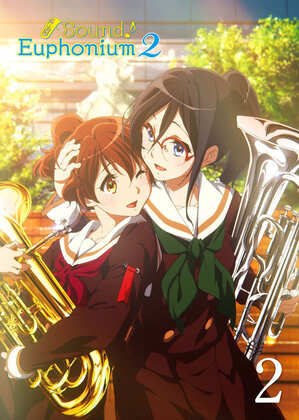 Expect a nauseatingly positive review for Sound Euphonium Season 2 Part 2. I’ve fallen in love with this Kyoto Animation production. The story of a school orchestra makes for gripping soap opera, coupled with some delightful music. When you throw in the highest quality animation, and some wonderfully nuanced and detailed characterisations, you might sympathise with my inability to pick flaws with the show. In fact, there was only one flaw that I could find... the price. Given that this is the only English language release to date, there’s not a lot to be done about that. 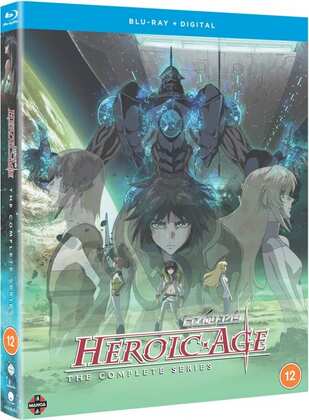 You’d be justified in expecting a good review for Heroic Age, after all it is a space opera. A lifetime of Star Trek has primed me for anime like this, and Heroic Age’s legendary premise of ancient races and inheritors to the powers of the universe is designed to appeal to me directly. I was hoping for the anime equivalent of Babylon 5, but the reality of the show is much less. It may have the premise, but it lacks in terms of characters and writing to match. Click on the review to read more. 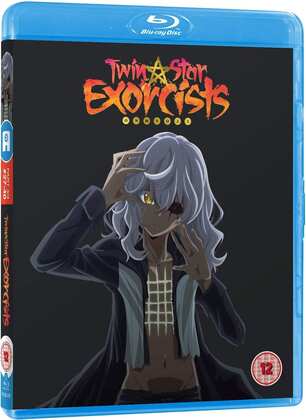 I wasn’t expecting good things from Twin Star Exorcists Part 3 though. Just like Tokyo Ghoul, this is one series that strayed from its manga source material, but unlike Tokyo Ghoul, it makes no attempt to get back to it. It turns out that making a decision and sticking to it is a good idea, as it allows the show to develop its story, and to a lesser degree its characters on its way to a conclusion. It never gets as good as the first half of the series was promising, but then again, it’s never really worse than that either. The adventures of the eponymous Twin Stars, as they battle demonic forces from another realm are really quite watchable and fun. 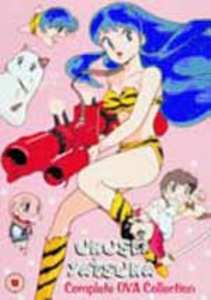 Urusei Yatsura OVAs. This is a show that is a victim of timing. I like Urusei Yatsura, or at least what we got of it in the UK on DVD; it’s a fun enough show, with wacky humour and a massive cast of out there characters. But I don’t get the love for it, and to be honest, if I’m not in the mood for an episode, it will put me to sleep. I got into it some 15 years too late. When I first discovered the Internet (before there was a world wide web, which is really dating myself), among the other, questionable jpegs that were being swapped via ftp and message boards were countless pics of this cartoon girl in a tiger skin bikini. I wasn’t even a fan of anime at this point, so had no idea of the character’s significance. But back then, anime fans were swapping bootleg videotapes of the show, the BBC had even done a comedy dub for an episode, and eventually the show would get proper VHS distribution in the UK, as well as a DVD release in the US, all 190-odd episodes of it. By the time I got into the show, it was through the MVM releases of the films, when they were on sale for 99p each, and it only made sense to get these OVAs as well. But watching them in the mid 2000s when I did, meant that they were totally divorced from the late-eighties cultural zeitgeist that informed the comedy. It was an even bigger disconnect for the 2nd movie, when I finally laid my hands on it last year. The Urusei Yatsura OVAs are great if you ‘get’ the whole Lum thing. Otherwise they’re really just background noise.

MVM released the Urusei Yatsura OVAs in a 3 disc collection way back in 2004, which added a bonus CD-Rom of PC goodness. Here’s my review. It’s well and truly deleted at this point, so second hand is your best bet, and be prepared to do some detective work to sniff out a copy.