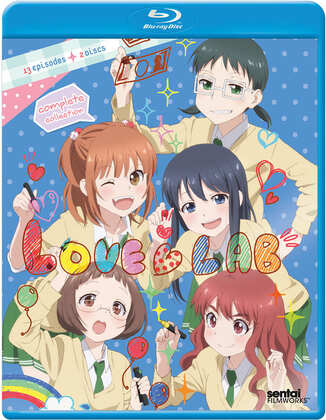 Sometimes all you want from a show is to feel good watching it. Love Lab satisfies that criteria almost perfectly. It’s one of those slice of life anime shows that takes a daft premise and simply goes to town with it. Love Lab is set in an all girls’ school where fraternisation is frowned upon. That doesn’t stop speculation, and the all perfect student council president secretly conducts experiments in romance, although with her only potential partner a hug pillow, it’s fair to say that her speculations are completely out of whack with reality. When the school tomboy is drafted into her schemes, the fact that she’s actually had experience with boys (she went to a mixed elementary school) practically makes her an expert. It’s a show I liked so much that I double dipped to Blu-ray, which is what is reviewed if you click the link. 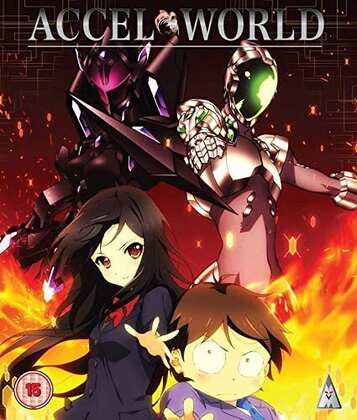 I often rely on Stuart McLean to review anime (especially the Gundams) and one of the final set of check discs I passed onto him before it became too scary to venture out as far as a post office was Accel World. I reviewed the DVD release originally, but this year MVM upgraded it to Blu-ray, and that’s what Stuart has reviewed this week. It’s one of those virtual reality video game anime shows, where a protagonist gets to be a hero in a digital reality, when the real world may not be as fulfilling. Accel World has an interesting conceit, where the video game in question has the effect of dilating time for the participant. One second in the real world can be hours in the fantasy world. It makes for some interesting storytelling. 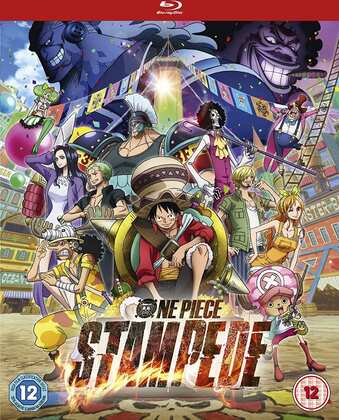 Thankfully retailers aren’t as reticent as I am about using the Royal Mail, and as with many people, online retail has been a godsend the last few months, even if the temptation to disinfect every new envelope and isolate it for three days is overwhelming. I managed to resist that urge when Anime Online sent me the One Piece Stampede Blu-ray two weeks early. It’s the 20th Anniversary One Piece feature film which Manga actually got to UK cinemas at the start of the year. In it, Luffy and the crew of the Thousand Sunny get invited to a grand festival of pirates, where a special treasure hunt will take place. But there are nefarious schemes afoot. In that respect, Stampede is much like every other filler movie in the One Piece universe, but as it’s celebrating the anniversary, there’s a lot here on top for fans of the franchise. 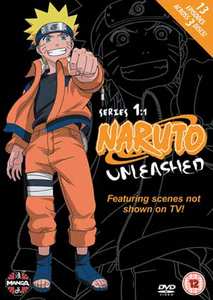 Naruto. Talk about franchises! Back when I started doing these review roundups, and the Rewatching bits, I mentioned that I had started rewatching Bleach. I wasn’t sanguine about completing it, especially given some of the filler, but truth be told, I made it through all 16 seasons (as per Kazé designation). Admittedly my attention drifted more than once, but all in all, it wasn’t as bad as it was when I reviewed it. Still, I’m never watching that again.

So what do I do next? I start watching Naruto, right from the beginning. That makes Bleach look like a one-off OVA in comparison. I’m starting right from the first episode of Naruto Unleashed, back when he was a newly qualified genin, teamed up with Sasuke and Sakura under Kakashi, and on his first mission to help a bridge builder get home. If you recall where the ninja Harry Potter wound up, battling the ninja Voldemort for the fate of the ninja world, it’s hard to remember his humble beginnings, as an orange kagoule wearing brat with attitude, apt to pulling pranks, in a show with more fart gags than feels, dumb comedy than drama. If you’ve just finished watching Naruto Shippuden, it’s hard to remember that Naruto was once this much fun, and to be honest, a whole lot more fun than its spin-off Boruto. But then again, it isn’t in HD widescreen. Yet even from the first 13 episodes, it’s pulling the typical nonsense with recaps and flashbacks to make 10 minutes of story fit into 20 minutes of animation.


Manga Entertainment released Naruto Unleashed originally in 13 episode collections, but these were subsequently consolidated into 26 episode series collections, 8 in total, plus a 12 episode series 9 set to finish off the complete run before Shippuden got started. Here’s my review of Season 1 Part 1 from 14 years ago! The complete series collections are still available today. Memory fails me, but I think there might have been a complete bundle as well (ignore the obvious bootleg on Amazon), if not here, then in Australia. As for Blu-ray, as far as I know, that has only happened in Germany, and in SD on BD form; no upscaling. Good if you speak German.

MVM released Accel World on Blu-ray on April 13th. Manga Entertainment will release One Piece Stampede on Blu-ray and DVD on June 22nd. Sentai Filmworks released a Region B friendly Blu-ray of Love Lab in the US in 2014.