Blu-ray
Calamity of a Zombie Girl 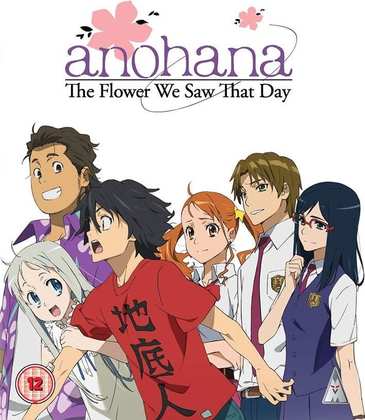 This week’s wodge of anime reviews begins with Anohana – The Flower We Saw That Day. To be honest, I never thought that this brilliant show would get a UK release. The really good shows tend to be niche enough to not get the requisite audience size here, but I guess that there is enough that is heartfelt and universal about Anohaha’s drama to resonate. It’s about a gang of kids, who all went their separate ways after one of their number died in an accident. Years later, the former leader of that gang starts being haunted by the dead girl’s ghost. It turns out that an unfulfilled wish has stopped her from crossing over, and to grant that wish will need the gang to come back together. That’s easier said than done. One of the best anime I have seen comes to the UK, and you don’t want to miss out! 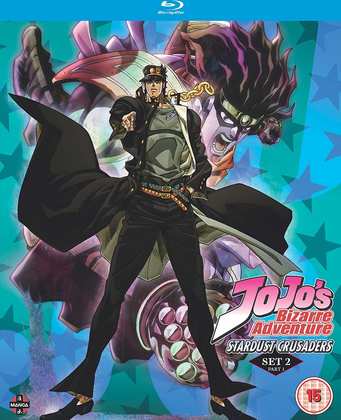 Stuart McLean is onto his third generation of Joestars as he takes a look at JoJos Bizarre Adventure Set Two: Stardust Crusaders Part One. Set One got two story arcs out of the way, Victorian era and World War II era, but Stardust Crusaders brings us to the eighties, introducing a delinquent member of the family, who has to travel the world to save his mother from a resurrected menace, and a new kind of special power. But it’s still the over the top, hyper-testosterone breathtaking action show, which always strains the bounds of credulity without quite breaking them. 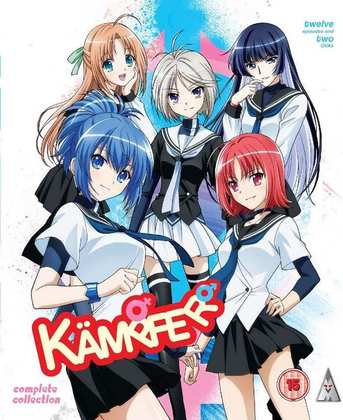 Next it was the turn of Kämpfer, a second look at a series, although this time in HD. Kämpfer is the story of a boy, who turns into a girl at the drop of a bracelet, and is expected to fight other transformed girls depending on what colour bracelet they wear. All this at the behest of animated stuffed animals (with their guts hanging out). Okay, it’s a weird premise, but you have to get creative when you’re making just another harem comedy series. There are just so many out there. The point of the review was to see just how much better the show was on Blu-ray compared to the rather poor DVD. Alas, watching the show again revealed something else. Click on the review to read more. 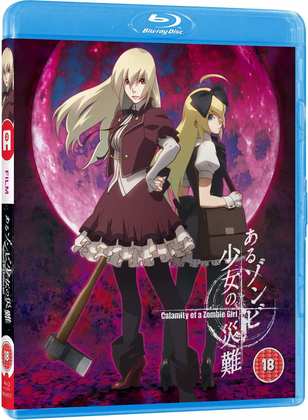 My final review of the week was for Calamity of a Zombie Girl, an original net animation that gets the Blu-ray treatment. A bunch of students are doing a little breaking and entering on campus during the summer break, and they discover a coffin. They make the mistake of stealing from the corpse, an act which reanimates the dead girl. She’s a zombie and she wants her stolen property back. I had low expectations going into this show. They weren’t met. 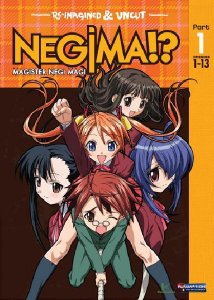 Negima!? This is the sequel to Negima!, after a fashion. All these question and exclamation marks get confusing, especially when as a sequel, it has very little continuity with the first series, with some of the characters imagined very differently. Xebec made the first series and it was relatively faithful to the manga, although it stripped out much of the narrative and focused instead on the harem comedy elements. This wasn’t good enough for the mangaka, and so the second season set a year after the first went to Studio Shaft. Only other than remaking Negi’s first encounter with Evangeline, they threw out the manga story completely and did their own thing. The second series is notable however for the director, one Akiyuki Simbo. It’s a meaningful touchstone if you’re a fan of his work, and want to follow the path he took to fan favourites like Puella Magi Madoka Magica and the Monogatari franchise. But really, despite its darker narrative, Negima!? has more in common with Pani Poni Dash than it does with Monogatari.

Negima!? was released in the UK on DVD by Manga Entertainment in two halves, then in a complete series collection. Here’s my review of Part 1. You’ll have to go looking for second hand if you want to own a copy, both here and abroad, although the US has more recently had a Region A locked up-scaled Blu-ray release from Funimation.