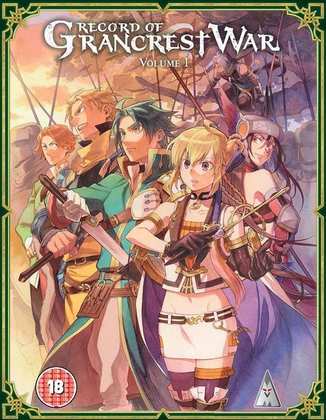 I look at my to-review pile, and all I can see is Fantasy as far as the eye can see. That plays out in this week’s collection of anime reviews, although admittedly one of them is my own fault. Record of Grancrest War Part 1 isn’t though, a Fantasy series released by MVM, which tells the tale of an aspiring Lord and the Mage he contracts with in a magical world on the brink of war. Each Lord has a crest, a magical representation of his or her status and power, and the plan was to unite this world through the marriage of two of the strongest leaders forging the Grancrest. That plan fell apart when the wedding was attacked, and the cold war resumed. Interesting world-building and a story filled with politics and machination, falls down a little when it comes to the actual storytelling, but Record of Grancrest War is still worth a watch. 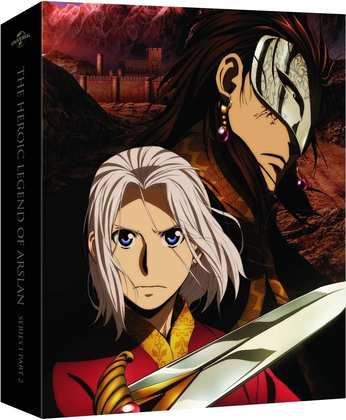 This one was out of my own collection, and I could have chosen to watch anything other than another fantasy show, but The Heroic Legend of Arslan Season 1 Part 2 isn’t just another fantasy show. This story is practically the father of the genre in anime, a novel series that has been around for years, which itself span off an OVA series that Manga Video released over thirty years ago. This more recent anime was inspired by a manga adaptation of that novel by the creator of Full Metal Alchemist, Hiromu Arakawa. With that kind of history and pedigree, this should be great. Click on the review to see how it fares. 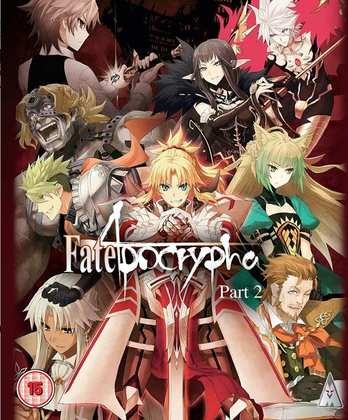 The last review of the week was for Fate/Apocrypha Part 2. Having reviewed part 1, I wasn’t looking forward to this. Fate/Apocrypha plays hard and fast with the rules and tropes of its franchise, and at time seems like it’s making it all up as it goes along. At least that’s what I thought last time. Character overload and a fannish storyline didn’t appeal to me. So you might expect a similar response to the show’s conclusion. You’d be surprised. I certainly was! The problems I had with the show are still there, but Part 2 adds a very important extra ingredient that makes up for the show’s shortcomings. Click on the review to find out what that is. 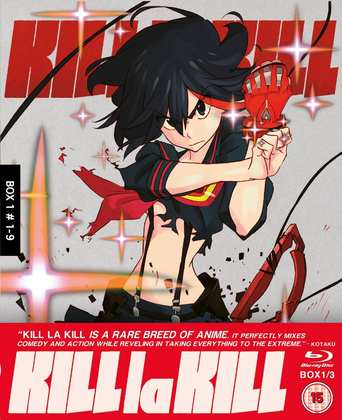 Kill La Kill. When it comes to giant robots, if you want a dark reinvention of the genre, you get Evangelion, and if you want wacky over the top excess, you get Gurren Lagann. With Magical Girls, dark and subversive will get you Madoka Magica, and over the top excess gets you this, Kill La Kill. But you know, in some ways, Kill La Kill defies genre tropes and goes and ploughs its own, sensational furrow. A high school girl transfers into a strange, exclusive high school, looking for the murderer of her father, and she’s carrying the murder weapon with her, half a pair of giant scissors. She realises that she’s onto something when the student council president appears to recognise the weapon. This is a school with a strange hierarchy, where students are apparently being trained for world domination, clad in school uniforms that grant them super powers. But in the ruins of her family home, the heroine discovers a school uniform with a difference, and a personality...

It sounds bizarre and it is. It’s stranger even than that, with astounding visuals from Studio Trigger, a rousing soundtrack, and a cast of bizarre characters that compete in chewing the scenery. Kill La Kill is one of the wackiest premises to come out in the last ten years, and it’s also one of the best, one of the most unique anime shows as well. There really is nothing like it out there. Here’s my review of Part 1. It was released on Collector’s Edition Blu-rays and DVDs by All the Anime back in 2014, and has subsequently had standard edition re-releases, on Blu-ray and on DVD. The latter are still available to buy, and the show is very much recommended.

I am playing catch-up, with these shows harking back a month or two. MVM released Record of Grancrest War Part 1 on Blu-ray on October 28th, while Fate/Apocrypha Part 2 came out on Blu-ray on November 4th. Universal released The Heroic Legend of Arslan Season 1 Part 2 on Blu-ray and DVD Collector’s Editions back in 2016.