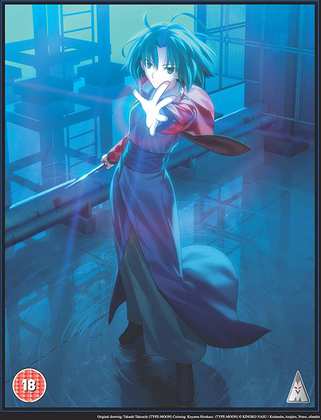 Believing in the reality of a world is what helps me connect with horror cinema, and that automatically gives animation a disadvantage with me. I need some really quality animation with sky high production values to connect with horror anime. Thankfully, that’s just what you get with the Garden of Sinners Movie Collection. I never thought that this set of films would get a Blu-ray release in the UK, but fate has smiled on this franchise, and we do get to see its high definition charms at last. Click on the review to see what it’s all about, or take a look at the trailer. 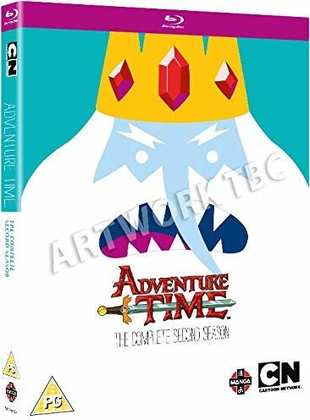 I’ve been watching cartoons again. Adventure Time - The Complete Second Season passed beneath my critical gaze, and following a rather ambivalent response to the first season, I’m beginning to warm to the adventures of Jake the dog, and Finn the human in the post-apocalyptic fairytale world of Ooo. It looks at first glance like a show aimed at young kids, but it quickly reveals an edge that offers an appeal to more mature audiences. It’s well worth a look. 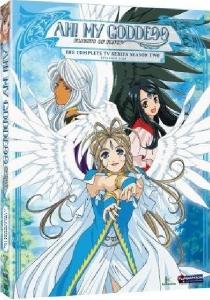 Ah My Goddess: Flights of Fancy - Season 2. It was inevitable that I’d get around to this second TV series of Ah My Goddess having watched the first. It’s more of the same ‘I Dream of Jeannie’ antics, as a hapless young college student finds his life complicated when the goddess Belldandy grants his wish that she stay with him. They’d be living together in happy, platonic bliss, if it weren’t for Belldandy’s sisters, Urd and Skuld (there’s a whole lot of Norse mythology in this show) moving in, as well as the trouble that ensues when the demons insist on restoring the balance from all that divine goodness suddenly in the mortal realm. It’s a fun show, and the second season is a worthy follow-up, even going as far as making a joke of Keiichi and Belldandy’s glacial relationship development.

The Ah My Goddess franchise, from OVA to series, from movie to spin-offs has had a chequered history. It’s quicker to count the companies that haven’t tried to release any. In the US, Flights of Fancy got an aborted release from ADV, just as that company was wound down, and it then fell to Funimation to get a complete series release out in 2009. Here’s my review of that collection. The following year, Manga Entertainment released the show in three parts in the UK, followed by a complete series release. You can still find the Manga release in the UK, although it seems the individual parts are easier to find ‘new’ than the complete collection. If all else fails, and you can spin region 1 DVDs, then the S.A.V.E. budget release from Funimation will do.