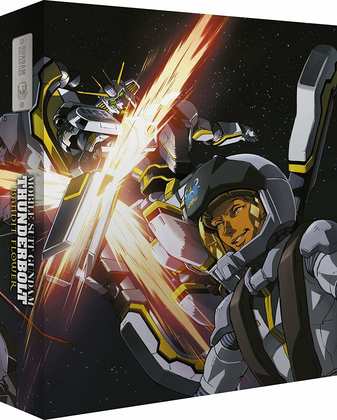 After a brief and unedifying attempt to review a Gundam title, I pass the baton back to MyReviewer’s resident giant robot aficionado, Mr Stuart McLean, who in his weekends off goes off piste in those powerloaders from the Aliens movie, probably. Mobile Suit Gundam Thunderbolt: Bandit Flower is the latest release in the franchise to come out in the UK, the second movie in the Thunderbolt franchise. If good guys fighting bad guys in giant robots is your thing (and why shouldn’t it be? I only suffer from a medical condition that renders me averse to appreciating these shows) then click on Stuart McLean’s review and prepare to be dazzled. 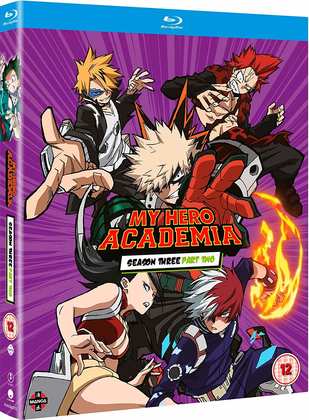 Action has to mean something. That is something that is so easily forgotten by filmmakers these days, with access to all the CGI they could ever want. You have to care about the people involved, be invested in their stories, and the action has to ring true to what they are going through. Otherwise you’re watching a Michael Bay Transformers movie. My Hero Academia Season 3 Part 2 gets it right, and gets it right in a big way. Season 3 Part 1 ended with an epic battle between the two biggest characters in that universe, the ultimate hero in All Might, and the ultimate villain in All for One, a battle that would reshape everything that would come after, beginning with this collection of episodes. The ‘big’ fight in this collection is the equivalent of a ruckus behind the bike sheds, when childhood rivals Izuku Midoriya and Katsuki Bakugo clash after school. It comes from such an emotionally true place, that this little fight might be one of the best in the series. Emotional truth is what makes My Hero Academia so worthwhile. 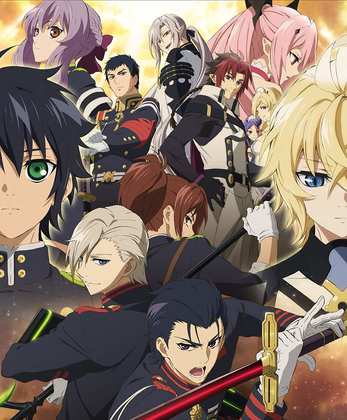 It’s lack of emotional truth that does for Seraph of the End Series 1 Part 2. Don’t get me wrong, this is still an impressive release from Universal, and the story as was developed in Part 1 continues in much the same vein (pun intended). This post-apocalyptic story of a battle between vampires and the surviving humans (who have contracted with demons for power) unfolds in an epic way, and the conspiracies behind the characters are all intriguing. The show just chickens out towards the end, believing that it needs to show its hand to pay back fans who have invested in it, but instead gives a rushed and feeble ending that satisfies no one, and like so many shows, pulls back at the last minute in the hope of a second season. But Seraph of the End is good while the good stuff lasts. Click on the review to see just how long that is. 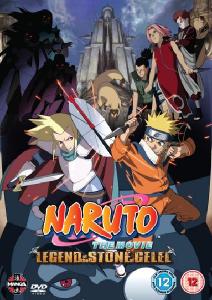 Naruto the Movie 2: Legend of the Stone of Gelel. This month sees the release of the final instalment of Naruto in the UK (not counting the new Boruto series). After all these years, and over 800 episodes, we finally see the conclusion of this epic shonen action series. But last week I had the chance to go back to the beginning... almost. The second Naruto feature film spin-off came out in 2005, just one year after the first film, and three years after the series debuted on television. Sasuke’s gone missing at this point, and as usual with spin-offs, we’re leaving the main storyline untouched for the duration of the film. It sees Naruto, Sakura, and Shikamaru on a mission to find a lost ferret, but running smack bang into an invasion and a plot for world domination. It hinges on the technology developed by a lost civilisation, and an orphan of that civilisation’s legacy, adopted by the film’s antagonist and trained to be an unstoppable soldier in his ranks. When Naruto encounters this mysterious orphan, it’s the start of a journey to discover his true heritage, and his destiny.

On paper it seems like most other shonen series spin-offs, but there’s something about Legend of the Stone of Gelel that works in its favour. It’s different enough in tone and approach to its story to hold the attention, while the action is top notch Naruto fun. Here's my review. Manga Entertainment gave it a barebones DVD release in 2008 in the UK and it is still available. If you can spin Region 1, look for the 2 disc Viz release, which is packed with extra features.