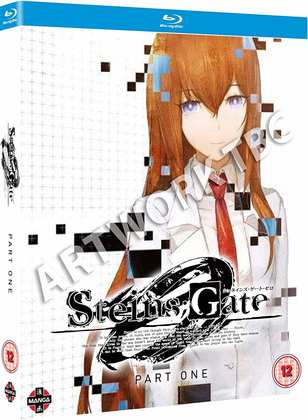 One of the best anime shows of the previous ten years was Steins;Gate, a really cool time travel tech thriller with quirky characters and a compelling story. The thing is that it was complete in and of itself, which makes the idea of a sequel a bit of a head-scratcher. But when you have time travel in the storyline, anything’s possible. Steins;Gate 0 is set in a reality where the protagonist Okabe Rintaro failed to finish what he started, and didn’t achieve the happy ending he deserved. In essence Steins;Gate 0 Part 1 continues on from episode 23 of the first series, if episode 23 ended in a different way. I wasn’t expecting much from a sequel, but this one’s really quite good. 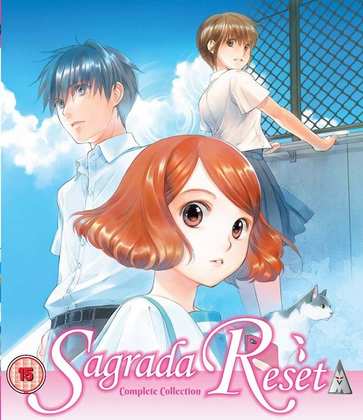 There’s more time travel in Sagrada Reset, but it’s not quite as entertaining as Steins;Gate. It seems the latter got all the characterisation mojo it warranted, and it got Sagrada Reset’s share on top, leaving the former looking bland and lifeless. Sakurada’s a town where people have special abilities, although they forget all about them if they leave. These people with abilities are managed by a civil service of sorts. When a school girl who can reset time, teams up with a boy with perfect memory who can remember the future after the resets, this Bureau employs them to help people and complete certain missions. There’s quite the history to the town, plenty of conspiracies and secrets, and plenty of time travel shenanigans. It’s just the characters don’t sparkle in this show. 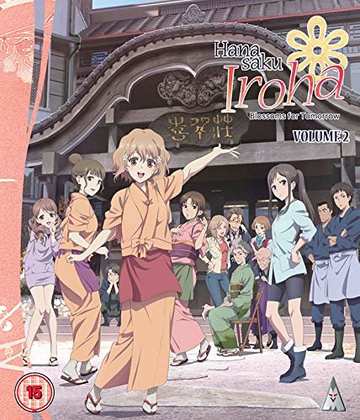 Character is what Hanasaku Iroha is all about, and you can bet they sparkle in this series. It’s the tale of a girl whose flighty mother leaves her in the care of her grandmother, and she winds up working in a hot springs inn. It’s a delightful little comedy drama, which is all about the characters and their interactions, backed up with some stunning animation. Stuart McLean takes a look at Hanasaku Iroha Part 2, and his review is well worth a read. It’s also worth getting the UK release if like me you imported the US release after hearing that it worked on Region B players if you used the top menu trick. It turns out that the top menu trick doesn’t work on all players, and even the brands that it did work with originally, it doesn’t work with their newer machines. 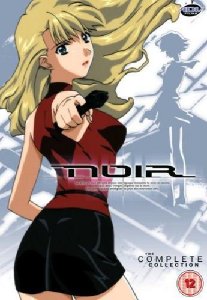 Noir. You don’t see a lot of series like Noir anymore. Sure, ‘girls with guns’ is a staple of anime, and you shouldn’t be shocked at the violence and body count in this show. But there was a time when Studio Beetrain were really taking chances with the stories they told, even if they made the genre their own with shows like Madlax, El Cazador de la Bruja, and Phantom: Requiem for the Phantom. Noir was the first of these, made before the turn of the millennium on good old fashioned cel and paint. It introduced its characters, Kiriko and Mireille, young girls and assassins for hire, put them in an antagonistic partnership, hinted at an obscured past and a strange conspiracy, and then threw the viewers in at the deep end. Throughout the run, the story was miserly with its revelations, and oblique with its characterisations. It demanded the viewers’ trust and faith, that it would all be revealed in good time.

Noir is still a frustrating show to watch, simply because it plays its cards close to its chest, but it oozes style and it tells its story with confidence. You don’t get too many shows like Noir anymore. They’d much rather give you regular infodumps and exposition explosions to keep the viewer hooked. Noir was released in the UK on DVD by ADV films, and it is deleted, so second hand is your best bet, both for the single volumes and the collection. Here’s my review of the latter. Noir has had a Blu-ray release in the US locked to Region A, and in Japan (with the English dub but not subtitles), but I don’t know about the video quality. A lot of materials for anime from that period have been misplaced, and while it might be a genuine HD transfer taken from the original film, it might also be an upscale of the television version.