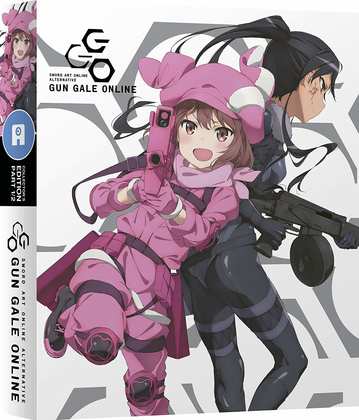 It was a nice, full week of anime reviews last week, and most of them new releases to the UK. I started off with Sword Art Online Alternative Gun Gale Online Part 1 - Collector's Edition, a hefty title, but not the longest we see from anime these days, especially those adapted from light novels. Sword Art Online is that insanely popular franchise that sees characters facing adversity in online games, usually trapped online with no way to unplug. The stakes aren’t quite that high in the Gun Gale Online spin-off, inspired by one of the Sword Art Online Season 2 arcs, but its tale of an introverted girl who finds the perfect avatar with which to express herself is quite appealing. Besides, who doesn’t love a good gunfight? 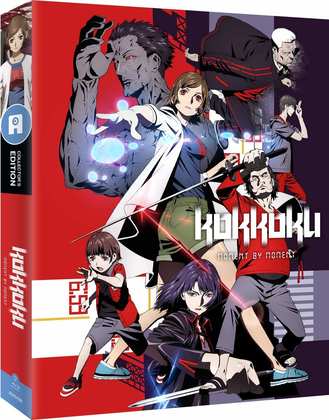 Next it was the turn of Kokkoku: Moment by Moment - Collector's Edition. It’s a sign of the times, the fracturing of the online anime streaming industry to the detriment of many an anime fan’s wallet. Kokkoku is an Amazon Prime property, and true to its online origins, it’s binge-watch-worthy. There’s a magic spell that allows time to be frozen, and it’s been the legacy of a hard-up family for generations. When two of the family are kidnapped, it seems to be an easy solution to enter Stasis and rescue them while their kidnappers are frozen. But it turns out that they aren’t alone in Stasis, and a battle to control the spell, the power to freeze time erupts. 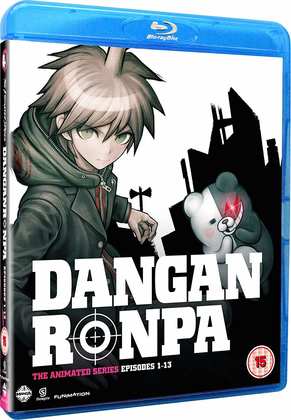 I then took a second look at Danganronpa The Animation: Complete Season Collection, taking a chance to upgrade to Blu-ray. After this much time between watches, I’ll have completely forgotten a show, and usually that’s a good thing, as I get to rediscover it. This time it wasn’t such a good thing. Danganronpa is a death game anime. A group of students are trapped in a school building, forced at the behest of a demonic teddy bear to murder each other until only one remains, the twist being that each murder has to be investigated, and there has to be a trial and execution. Click on the review to see why the second time around wasn’t as good for me. 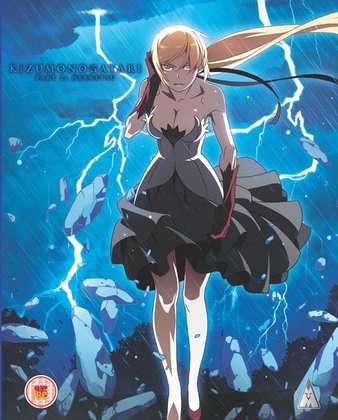 There is a consistency of quality about the Monogatari franchise that you can’t deny. Like or hate a specific instalment, the production values and writing are always top-notch. But somehow the Kizumonogatari movie trilogy has gone one step beyond. The three films look back at the origin of the story, of how Koyomi Araragi first met Shinobu, the vampire also known as Kiss-shot Acelora-orion Heart-under-blade. The second film in the story chronicles Araragi’s battle to recover her stolen limbs and restore his own humanity, and it’s a great blend of bloody action and comic romance. Click Kizumonogatari: Nekketsu Collector's Edition for the review. 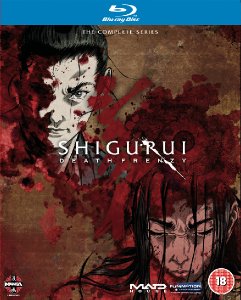 Shigurui Death Frenzy. The opening scene of this Shogunate era set story has a man entreating his liege-lord not to allow two men to duel. He does this by slitting his own belly and pulling out his own entrails in the hope that it would be blood enough to sate his master. It’s not. But it’s fair warning of what you’re going to get with this anime drama. It’s a nasty, exploitative, violent, gore splattered tale where the abuses that people heap on each other start from utter depravity and simply get worse from there. It’s also a show that is hard to turn away from when you start watching, it’s so stylishly animated. I always tell myself never again, but then, a few years later, it’s in my DVD player.

Manga Entertainment released Shigurui Death Frenzy on DVD and on Blu-ray back in 2009 Here’s David Beckett’s review of the Blu-ray. As you might expect, it’s long since deleted, but if you go hunting around, you might find a copy, especially second hand.

All the Anime released Kokkoku: Moment by Moment on Blu-ray Collector’s Edition on June 17th. They also released Sword Art Online Alternative: Gun Gale Online - Part 1 on July 1st, last Monday. Manga’s release of Danganronpa the Animation came on Blu-ray and DVD in 2015. MVM will release Kizumonogatari: Nekketsu Collector's Edition on Blu-ray on August 5th. Yes, it got pushed back...