Blu-ray
DARLING in the FRANXX - Part One 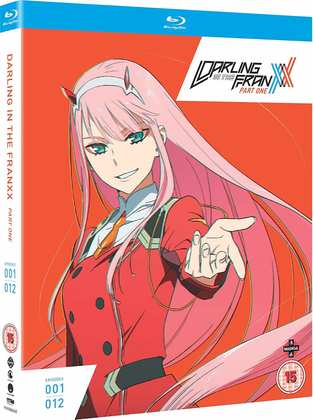 Another week, another handful of anime reviews to feast your eyes upon, beginning with Darling in the Franxx Part 1. Teenagers piloting giant robots in post-apocalyptic scenarios are hardly new to anime, so you might not feel an immediate thrill at the prospect of another one, but Darling in the Franxx does enough that is different to make it worth your attention. For one thing, it’s not coy about its raison d’etre. A boy and a girl have to pilot these particular robots in unison, and they have to be compatible for it all to work. It’s about sex of course. This particular future world delivers enough in the way of mystery and revelations to keep this first half of the series interesting. Click on the review to read more. 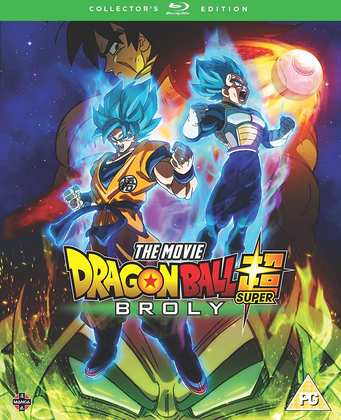 Then it was the turn of my least favourite long-running shonen franchise. Fret not though, as rather than give it my usual dismissive review, I sought a fresh opinion from Stuart McLean on the high-pitched muscle-bound, universe shattering hero, Goku in his latest feature film, Dragon Ball Super: Broly. It takes us back to the beginning of the Z franchise, which introduced the rest of the Saiyan race, notably Vegeta and his allies and revealed that the strongest ape-men in the universe weren’t all as amiable as Goku, and their planet going the way of Krypton wasn’t necessarily a bad thing. In this film we learn that there was one more survivor. See how Stuart’s first encounter with the Dragon Ball franchise panned out. 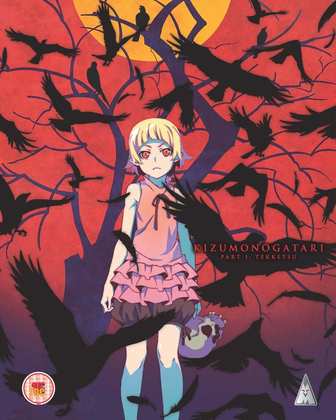 Now here’s a franchise I can get behind. This week also saw the review of Kizumonogatari – Tekketsu, the first of the Kizumonogatari feature film trilogy, which spins off from the Monogatari franchise. Monogatari is a monster anime franchise with a difference, full of witty dialogue, colourful characters and a wry take on familiar tropes. Coupled with delightful direction from Akiyuki Simbo and brilliant animation from Studio SHAFT, this adaptation of the Nisioisin light novels have become a mainstay of MVM’s release schedules. Kizumonogatari is the long anticipated, and oft tantalised start of the story, revealing how protagonist Koyomi Araragi became a vampire in the first place. 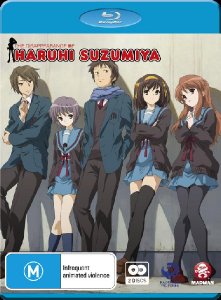 The Disappearance of Haruhi Suzumiya. I dreaded watching this again. I fell in love with the Melancholy of Haruhi Suzumiya the first time I saw it, but the second season was a letdown, the spin-off shorts self-indulgent and forgettable, the recent Nagato Yuki-chan series (itself spun-off from this movie) was weak, and worse, when I recently watched the original series again for a Blu-ray review, it was nowhere near as good as I remembered. I also had that first love feeling for this movie, and I dreaded to think that it too had slipped in my estimation. I needn’t have worried, as of all of the Haruhi Suzumiya franchise, Disappearance is just as good as I remember. One day near Christmas, protagonist Kyon suddenly finds himself in a world where the SOS Club never existed, and no one in school knows who Haruhi Suzumiya is. He’s in a normal world, where weird stuff doesn’t happen, where Yuki and Mikuru are normal girls; it’s his one chance for a normal life. So why doesn’t he want it?

Unlike the first season, Disappearance still holds up well, mostly for its long form narrative, but also for its engaging characterisations, which here have more depth and dimension than the series, more room to develop naturally. It’s also a fine, sci-fi story. I reviewed the Australian Blu-ray released by Madman in 2011, and it’s long since deleted. Manga almost released the Blu-ray in the UK, but found it to be incompatible with Playstation 3s, so pulled the release at the last minute. They did release the DVD in 2011 though. It’s all deleted now, so second hand is your best bet for the DVDs, Region 2 or 4, and finding the Region B Blu-ray would be harder than finding hens’ teeth. There is a Region A Blu-ray re-release from Funimation if you can spin that.

Darling in the Franxx Part 1 was released on Blu-ray and on DVD by Manga Entertainment on May 27th. That’s also when they released Dragon Ball Super: Broly on a multitude of formats. MVM release Kizumonogatari Tekketsu on Collector’s Edition Blu-ray today.