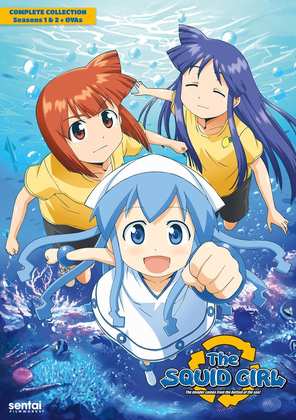 I had a bit of an unplanned for break there, so this week’s Anime Review Roundup has turned more into a month’s worth, not that there were any reviews posted in that time. So going back a ways, the first review to mention here is for the Squid Girl Complete Collection. Once upon a time, Manga Entertainment released season 1 in the UK, but licensor stuff happened, and it was a few years before the licence wound up at Sentai’s door in the US. They released a complete collection of this delightful show where a defiantly cute Squid-Girl decides to invade, to teach humanity the error of its ways, only to bite of more than she can chew at the first hurdle. Sentai’s collection has both seasons, and some OVA episodes, but they’ve gone back to scratch to re-localise it. You might want to hold onto Manga’s release as well. Click on the review to see why. 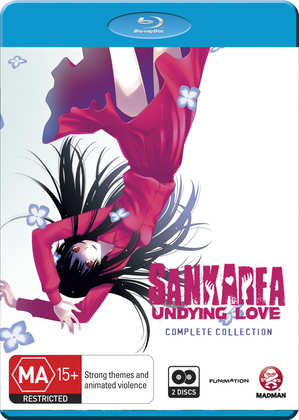 DVD’s pretty much over for anime, which makes me sad, as while I can play Region 1, I can’t play Region A. That would have scuppered my Squid Girl aspirations. But even still, studios these days when they do release on both formats tend to think of DVD as an afterthought. Sankarea: Undying Love is a case in point. The same DVD discs were Region localised and released worldwide, and all of them had the same subtitle error on one episode. Frustratingly, the show got a DVD only release in the UK (back before MVM made the switch), so I wound up importing the Blu-ray from down under. The discs may be fixed, but it turns out that the zombie love story doesn’t hold up quite as well the second time around. 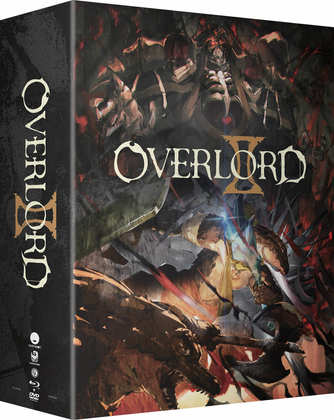 The most recent anime review was for Overlord II –Season 2, which frustratingly for some is at this time only available in Collector’s Edition form from Zavvi. Season 1 also got the Collector’s Edition treatment, but it was more pluralistic in release format and availability. It also wasn’t my cup of tea, as it was an isekai (lost in a fantasy world) show with a seriously overpowered main character, which sort of drained the story of drama. Season 2 takes some steps to address that weakness, but you’ll have to click on the review to see if it is enough to redeem the show. 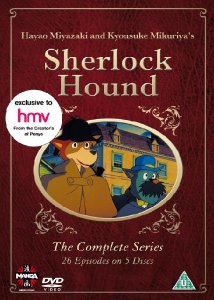 Sherlock Hound. There’s something compelling and even nostalgic about old anime shows, localised for English territories. After all, that is the kind of anime I grew up watching, unknowingly getting hooked on this whole different medium. The true nostalgia lies in shows like Ulysses 31 and Dogtanian, but there’s second hand nostalgia in Sherlock Hound. I only discovered it a few years ago with Manga’s release, but it still makes me feel like a seven or eight year old when I watch it, creaky dub and all. The anthropomorphised and anachronistic reinvention of Sir Arthur Conan Doyle’s famous detective works a treat, and despite his limited involvement (he only directed a handful of episodes), the animation is infused with Hayao Miyazaki’s style and sensibility.

As mentioned, Manga Entertainment released Sherlock Hound as a five DVD collection back in 2010, and alas, it’s deleted now. Here’s a review. Second hand is your best bet, or there is the US Region 1 release from Eastern Star, which also has the original Japanese audio.

Manga’s Overlord II – Season 2 came out on February 25th, and as mentioned, it’s a Zavvi exclusive. Sentai Filmworks released Squid Girl on DVD and Region A Blu-ray in 2017, while Madman Entertainment released the Sankarea Blu-ray in 2015.