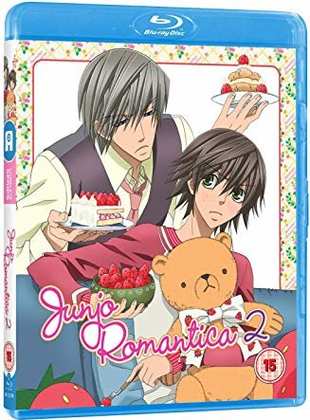 I had a great week of anime reviewing last week. The same can’t be said for Stuart McLean, who took a belated look at Junjo Romantica Season 2. It’s the boys’ love series that failed to impress with its first season. When the second season offers more of the same, the end result is going to be predictable, but you can click on Stuart’s review to read more. 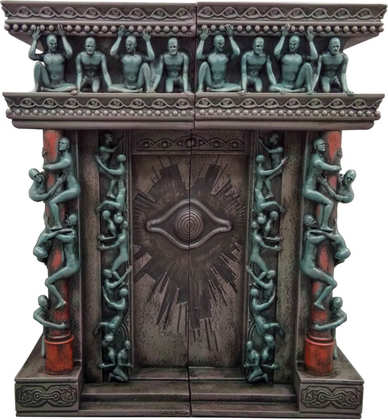 After a couple of years of staring the resin Gate in the face every morning when I wake up, I’ve finally got around to partaking of the Fullmetal Alchemist Ultimate Edition. It was the first attempt to tell the story of Edward and Alphonse Elric, as they sought to restore their bodies after a disastrous attempt to resurrect their mother. Halfway through, the animators ran out of Hiromu Arakawa’s manga to adapt, and had to come up with an original ending. The complete manga would be adapted properly in the Brotherhood series, but for my money, the first series is superior. 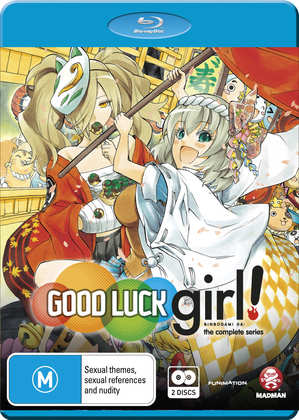 I had another go with Good Luck Girl last week, this time in high definition. The comedy of an unlikely girl plagued by a god of misfortune started off in a predictable and zany way, but it turned out to have a story with heart, characters to invest in, and what came as quite the surprise, the comedy was even funnier the second time around. A promised Blu-ray release in the UK failed to materialise, so I had to import it from down under. 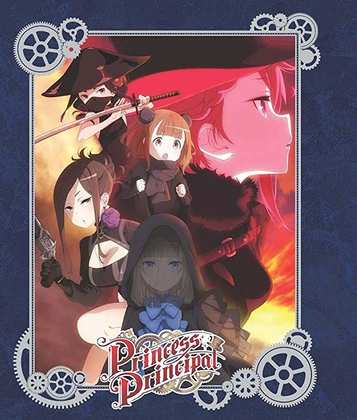 Stuart was reluctant to watch Junjo Romantica for obvious reasons. I on the other hand was reluctant to watch Princess Principal for wholly different reasons. I just wanted to savour my first time with the show for as long as possible. It’s a steampunk, alternate Britain around the turn of the twentieth century, where a fictional British Empire is torn asunder by revolution into two nations, a state of cold war between the two. And in this tense situation, the spies operate, jockeying for position and power. Wonderful artwork, great animation, top-notch writing and excellent production values make this a must own series. 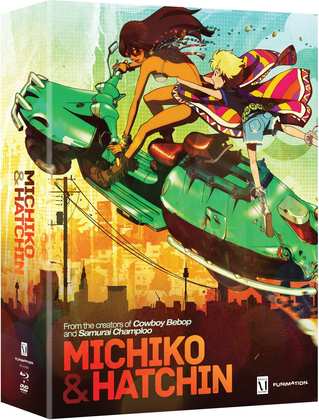 Michiko and Hatchin. We talk about representation and equal opportunities in media, but anime has always been a very male oriented industry, especially on the creative side of things. There aren’t too many women directors that I am aware of, but one of the most notable is Sayo Yamamoto, who made a global splash with the Yuri on Ice TV series. Her first time at the wheel though, that I am aware of came some eight years previously with this series, Michiko and Hatchin. It’s very much in the vein of Cowboy Bebop and Samurai Champloo, an episodic road movie (indeed Shinichiro Watanabe served as music producer on this show), but with the titular main characters, it takes on more of a Thelma and Louise feel. Michiko Malandro breaks out of prison to see her boyfriend, and on the way kidnaps his estranged daughter Hana ‘Hatchin’ Morenos. The foster child of a corrupt priest, she’s not too dismayed at leaving that house, but Michiko isn’t exactly the saviour she’d been hoping for. Over 22 episodes, the two get into all manner of trouble as they track down the elusive Hiroshi.

MVM released the series across 2 DVD collections in 2014, and you can now pick up the complete collection instead. Alas it didn’t get the HD release it deserved in the UK, so I imported the US release from Funimation. Here’s my review of Part 1. The discs are Region B compatible, and the show has subsequently got a budget release in the US as well. It’s well worth picking up.

Anime Limited released Junjo Romantica Season 2 on Blu-ray last November 19th. They released the Ultimate Edition of Fullmetal Alchemist on Blu-ray in 2016. Madman Entertainment released Good Luck Girl on Blu-ray and on DVD in 2014. Princess Principal comes out on Collector’s Edition Blu-ray from MVM on the 18th of March. There will be a standard edition BD in June