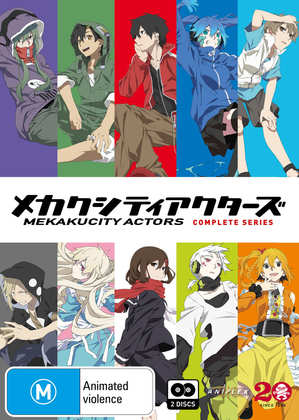 It isn’t uncommon for certain anime to be released in one country alone, but what is uncommon is for that country not to be the United States. Usually shows get licensed and localised for release in the US, and then UK and Australian territories get in on the action and the localised materials. But with the advent of companies like Aniplex US, it’s not unheard of for shows to be licensed and then never released, kept streaming only. Mekakucity Actors is one such show that Aniplex sat on in the US, and it fell to Australia where it eventually got a physical release. It’s a Studio SHAFT production, a sci-fi fantasy mystery in the vein of the Monogatari franchise, focused on a group of teenagers with strange abilities. Click on the review to see if it’s any good. 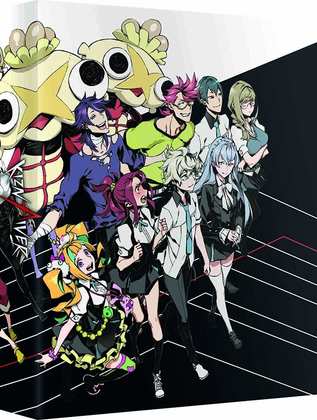 Talking about sci-fi fantasy mysteries with teenagers with strange powers, my next review was for Kiznaiver. The power that these seven teens have comes from an external agency though, when a set of bonds is imposed upon them that force them to feel each others’ pain. It’s all in the name of World Peace, but the Kizna system has unexpected consequences, and for one of the guinea pigs, awakens memories of a tragic past. From the pen of Mari Okada, you’d be right to expect something special from Kiznaiver. Read the review to see if it delivers. 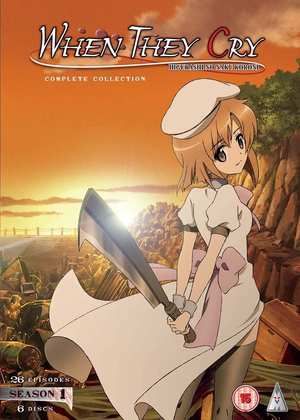 For my last review of the week, I took a look at probably the most asked for anime series in the UK, Higurashi When They Cry. The notoriety of this psychological horror series has had fans talking for over ten years now, and it’s been top of the ‘most wanted show’ list for all that time. Based on a computer game, it takes a unique look at the events one summer festival in a quiet, isolated village, seen through the eyes of five schoolchildren. Or rather it takes several unique looks. It’s not the easiest show to get to grips with, and you really have to stick it out for all 26 episodes of this first series, but the end result is rewarding. 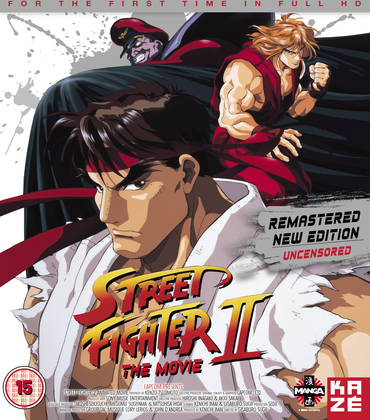 Street Fighter II The Movie. You know an action movie isn’t delivering when you fall asleep in the middle of it. The sad thing is that the anime version of Street Fighter II is probably the most faithful and authentic adaptation of the videogame. I guess it’s just from a time when videogames didn’t have the narrative meat for a decent adaptation. The Shadowlaw organisation under M. Bison/Vega (depending on your audio options) are brainwashing the world’s best fighters and turning them into assassins. They have their eyes on Ken Masters and Ryu next. Major Guile and Chun-Li are the secret agents tasked with stopping them. There’s not a lot to the story, but the fight animation is fantastic, all the more so given that this is a traditional, cel animated 2D movie.

Manga Entertainment released the DVD back in 2001, while they distributed the Kaze Blu-ray release back in 2013. Here's my review of the Blu-ray. Both have their censorship issues. The DVD release was censored for nudity, and while the Blu-ray is uncut when it comes to video, it substitutes in the family friendly dub instead of the DVD’s more profane English track, The Blu-ray is still available, but you’ll have to look up the DVD second hand.

Madman Entertainment released Mekakucity Actors back in 2016 on DVD only. MVM release Higurashi When They Cry on DVD today. There will be a bumper boxset of all three series on Blu-ray in a few months, while the other two series will also be getting individual DVD releases. All the Anime release Kiznaiver on Collector’s Edition Blu-ray and Standard DVD today.