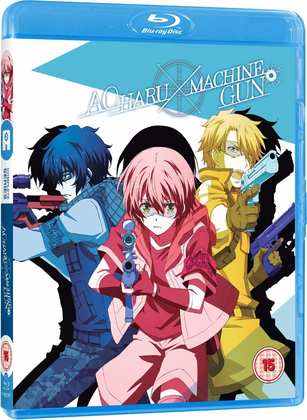 Last week’s anime reviews began with a look at Aoharu x Machinegun. It’s the kind of title that sticks in your mind the moment you hear it, which is half the work done when it comes to selling a show. I never did find out who or what Aoharu was, but the machinegun is self-evident, albeit of the non-lethal kind. It’s a show about Airsoft, the less messy, spiritual successor to paintballing. Players get to hunt each other down with replica weapons, and it’s all great non-lethal fun. Only it’s not quite fun for the characters in this show. You might get a bit of déjà vu at the premise, a girl pretending to be a boy, has to join a club after she causes damage in a host club, in order to pay her debt off. But in reality Aoharu x Machinegun is often funny, as well as a sensitive character study. 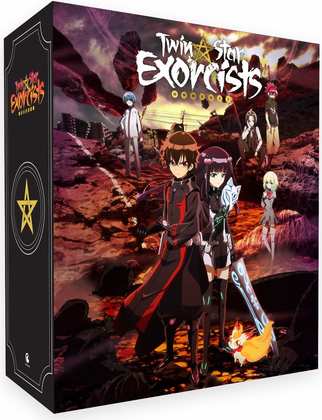 Next it was the turn of Twin Star Exorcists Part 1. It’s the start of another long-running shonen action show, hot on the heels of Black Clover. Exorcists fighting demons is not a rare genre in anime, but Twin Star Exorcists has a couple of unique twists, not least of which is that the protagonists are engaged to be married, thanks to a prophecy that their eventual child will be the ultimate exorcist. Naturally a marriage arranged at age 14 doesn’t sit well with Benio and Rokuro. There’s plenty of comedy to go with the action, but the other twist is that this show does it with style, both in terms of music and the visuals. Click on the review to read more. 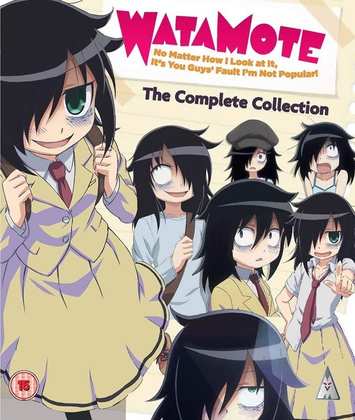 I only went and upgraded Watamote, so the majority of this review will be a bit of a cut and paste. The new bits of the review are just how good the show looks and sounds in high definition, which makes the tale of a socially awkward schoolgirl all the more compelling to watch. Tomoko wants to be a normal high school girl, but is always held back by her inadequacies. What starts off as a comedy gradually becomes heartfelt and incisive in one of the more impressive shows of its rarefied genre. 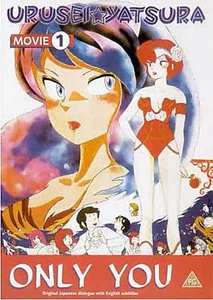 Urusei Yatsura Movie 1. Mamoru Oshii directed this film. I still can’t quite get my head around that. A director better known for Ghost in the Shell and Sky Crawlers directed an out and out zany comedy. It’s like Ridley Scott directing a Carry On movie. Urusei Yatsura is that long running comedy show, adapted from Rumiko Takahashi’s manga. We never got the TV series, but we did get five of the six movies, as well as the OVA episodes in the UK. A tiger stripe bikini wearing alien named Lum came to Earth, and somehow got engaged to eternal lecher Ataru Moroboshi, and much craziness ensued, as she kept on trying to marry him, while he did whatever he could to keep ‘hunting’ girls. The first movie turns things on its head as it transpires that Ataru met an alien girl before Lum, and is actually engaged to her, and now she’s ready to tie the knot.

It’s a little overlong and wayward, but Urusei Yatsura Movie 1: Only You is a nostalgic blast, a delightful example of how comedy anime used to be back in the eighties. Here’s a review wot I wrote. MVM released the movie on DVD way back in 2001, and it’s a disc that certainly shows its age. It’s also pretty hard to find now, so second hand might be your best bet.