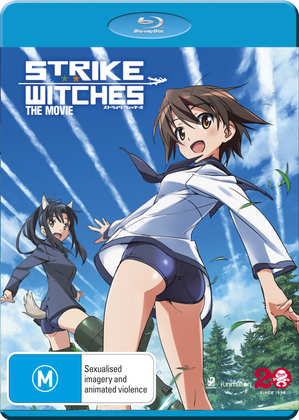 I ended last week’s Review Roundup with Strike Witches, and I begin this week with them too. It only makes sense though to watch Strike Witches The Movie after the second series. It is after all the last of the franchise to be localised for English territory release. It’s pure fan service in every sense of the word, giving fans of the franchise just what they want in terms of character and action. And given that the second season concluded in an even more final sense than the first, the writers have to twist themselves into knots to deliver what fans really crave from the film. It is still fun though. 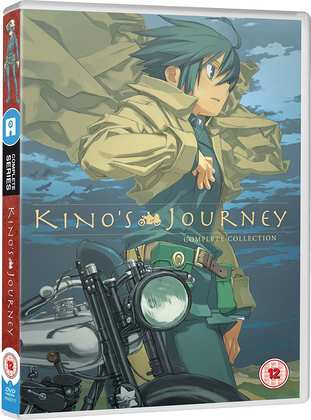 Next up was Kino’s Journey, or where I learnt that modern TVs don’t take to shows designed for the CRT age all that well. It’s a pain in the ass when a television’s inbuilt noise-reduction and image processing impact on the creator’s original intent. It can’t diminish the quality of the show though, as Kino’s Journey is still one of the finest anthology series out there, making its narrative points with allegories that recall the original Star Trek series at its best. It’s a show that you simply must have on your shelf. 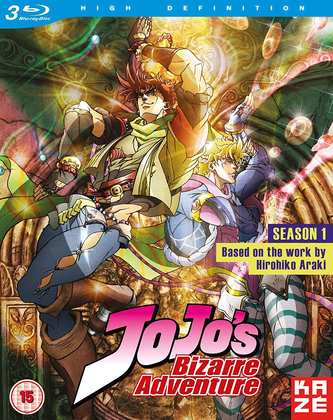 Jojo’s Bizarre Adventure is an intense series. It’s the kind of show that you watch, and then lie down for ten years to get over the intensity. I’ve been watching it on Crunchyroll, and it’s too soon for me to watch it again. Thankfully, Stuart McLean stepped in to bear the burden of all that testosterone. Jojo’s Bizarre Adventure Season 1 collects the first two arcs of the action adventure series, the Jonathan Joestar storyline, and the subsequent Joseph Joestar tale. And it is epic. Don’t just take my word for it. Click on Stuart’s review to feel the love. 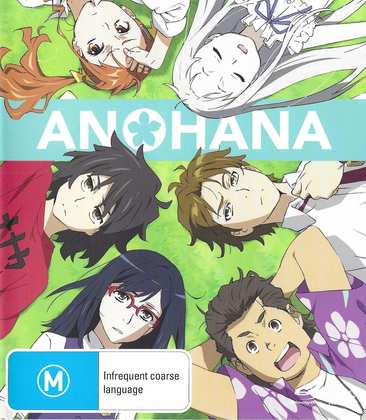 You sometimes wonder why some shows just aren’t licensed for the UK. Anohana is one of them, at first glance ticking all the boxes of a quirky, yet mainstream comedy drama about a group of school kids, and one with a supernatural twist. A gang of kids broke up after one of their number died, affecting them all in the years that followed, most of all the leader, who became a social recluse. Now the ghost of the dead girl is haunting him, looking for his help to cross over and that means getting the gang back together. Charming, warm, witty and funny, Anohana is also a careful study of coming to terms with grief and loss. It’s one of the best anime out there. 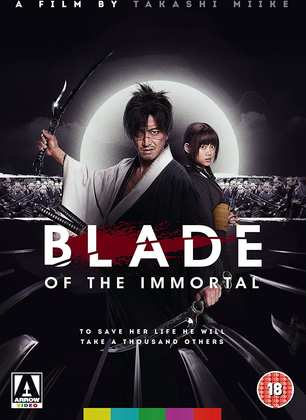 Let’s end the proceedings with a little live action adaptation of manga/anime. Years ago, I reviewed the Blade of the Immortal series from MVM, and found it a frustrating watch, by turns really well done, and really quite tedious. The story of a girl seeking revenge and her immortal samurai bodyguard really needed the intensity and brutality of action that the anime just couldn’t provide. Live action can provide that intensity, and in the hands of director Takashi Miike, Blade of the Immortal finally does its story justice on screen. 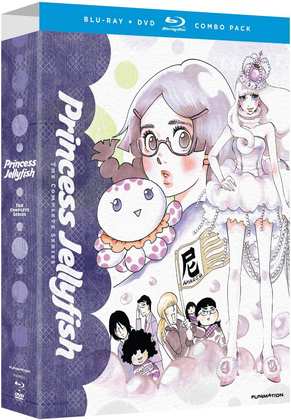 Princess Jellyfish. In some ways this is the anti-Anohana; a show that leaves your mind boggling that it was ever licensed for UK release in the first place. It is after all a show aimed at the josei (adult female) demographic, a show about a group of antisocial female otaku, and the friendship that forms between one of them and a cross-dressing adolescent boy. And it’s about their fight to save their otaku refuge from being redeveloped into a luxury hotel. It’s quirky, brilliantly written, hilarious and magical, and like Anohana, one of the best anime that I own, but you can never see it as a mass market seller.

Well, I say it got a UK release, but that’s a matter of opinion, as in the end, how Kazé treated the show when they released it in 2012 failed to do the show justice in every respect, a DVD release that was to all intents and purposes unwatchable. Instead read my review of the US Blu-ray/DVD combo release from Funimation which I subsequently imported. That release is out of print, and the S.A.V.E. budget release that replaced it is DVD only, but that is still the one to import if you want to watch this brilliant show, and believe me, you do want to watch this brilliant show.