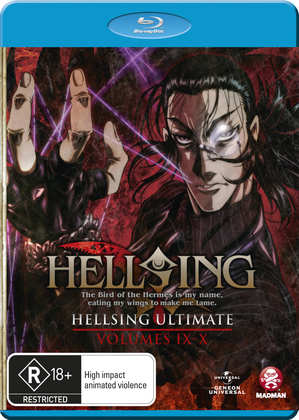 Just because you know that something is going to be an anticlimax, it doesn’t mean that you shouldn’t watch it. Hellsing Ultimate Collection 3 is a perfect example. Over the course of 8 episodes, Hellsing Ultimate told a far out, testosterone fuelled, blood and gore orgy of excess, and it kept upping and upping the ante, promising even more and more. So much more that nothing in all good faith could deliver a worthy ending without slipping into downright self parody. The fact that Manga lost the licence, and I wound up waiting excessively before importing the conclusion, meant my expectations were even more strained. There’s no way that Hellsing Ultimate episodes 9 and 10 could deliver. But click on the review to see how close they come to an ending worthy of the ultimate three-way death-match between vampire, undead Nazis, and immortal warrior priest. 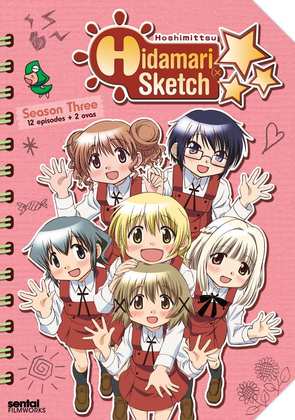 Next up it was the turn of some more of the finest slice of life anime in Hidamari Sketch x Hoshimittsu. In an anime form where continuity and narrative isn’t a pressing concern, we actually do get some continuity and narrative, in a third season where things move forward a year, and we get two new characters who start at the Yamabuki Art School. It’s still the same, gentle, feel-good comedy though. 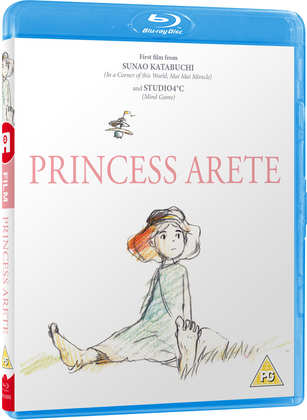 The UK release schedule is picking up again following a somewhat fallow January. Princess Arete is Sunao Katabuchi’s (Mai Mai Miracle, In this Corner of the World, Black Lagoon) first feature film, dating from 2001, and this release is an English territory exclusive. It’s a fairy tale with a feminist twist, telling the tale of an atypical princess typically locked up in a castle tower, awaiting her perfect prince. But Arete wants far much more from life than narrative tradition. It’s based on a British short story that turned convention on its head, but Sunao Katabuchi adds some intriguing sci-fantasy elements to the back-story. 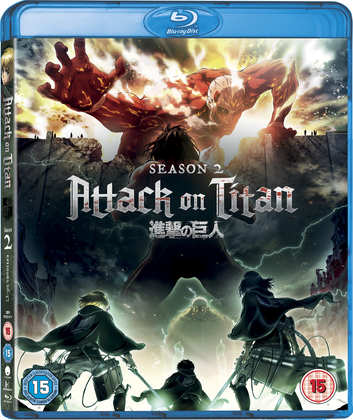 The big title this month is Attack on Titan Season 2 of course, the follow up to perhaps the biggest, crowd pleasing anime in recent years. Season 1 introduced a pseudo-mediaeval world of colossal man-eating Titans keeping the survivors of the human race walled up in a city-enclave, where some reckless few dreamed of once again reclaiming the outside world. Season 1 threw the first twist into the premise when the show’s protagonist turned out to be able to transform into a Titan himself. It concluded on another revelation that he wasn’t alone in that. Season 2 is rich with more Titan slaying action, but it also really starts to delve into the nature of this fantastic world. Click on the review to read more. 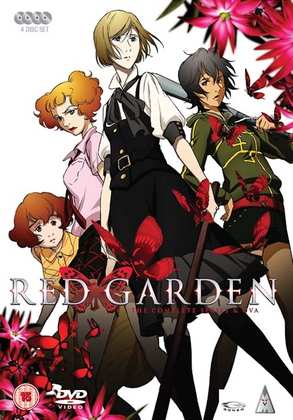 Red Garden. Now this is a notorious title in UK anime history. ADV started releasing it in single volumes, but it barely sold in the dozens before ADV went out of business. I don’t know how it’s done for MVM since they rescued and released the show in its entirety, but it isn’t a show that makes it easy for an audience to fall in love with it. For one thing, the visual aesthetic goes out of its way to put viewers off, a grainy, soft NTSC video look that makes it seem like US eighties television. Its Gantz style storyline is at odds with its New York girls’ high school setting, and for the first few episodes, it thinks it’s a musical. But once you start working at the show, get past the halfway mark, it reveals an interesting story, and some solid character writing.

MVM gave Red Garden a complete series release back in 2013, and it’s still freely available today. Here’s a link to my review if you want to read more about it.