I’m in mourning for my TV. This week, my 28” Sony Trinitron widescreen SD CRT television died after 22 years of faithful service. It was a behemoth of a thing, weighed a ton, took up the corner of a room, but it had a great refresh rate, you didn’t have to worry about blacks, and it had speakers that gave good sound, Dolby Surround in fact thanks to two satellites at the back of the room. You may be wondering what an SD TV is good for in an HD age. SD material of course. Stick a Freeview channel on, and you didn’t have to worry about mpeg compression, and my DVDs looked gorgeous; all sharp as a pin. Anyway, I’ve replaced it with the smallest Sony TV I could find, a 32” Bravia, 1080p, bought some PC speakers to stick in the headphone socket so it doesn’t sound like Alexander Graham Bell calling his assistant on the first telephone, calibrated it... and the DVDs look fuzzy. I miss my old TV. Anyway, on with the reviews. 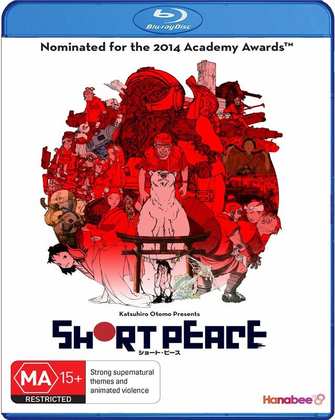 First up was Short Peace, that anime anthology I mentioned last week. Just as in Memories, Akira director Katsuhiro Otomo championed this gathering of anime talent, and directed one film himself. Three of the four films are engaging flights of fancy that inspire and tantalise, and it’s all topped off with a post-apocalyptic cyberpunk satirical anti-war polemic. I reviewed the import version, but you can actually get it in the UK, after a fashion. Click on the review to read more. 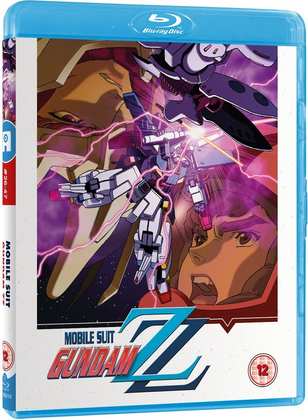 Next it was the turn of Mobile Suit Gundam ZZ - Part 2. I’m the world’s last Gundamaniac, so I passed on this humble duty to my colleague, Stuart McLean, who has a lot more time for vintage era giant robots. There’s not a lot I can say about Gundam, except that it’s about wars in space with giant robots piloted by teenagers and Newtypes, and apparently, it’s not an anime! I’ll let Stuart’s review explain. 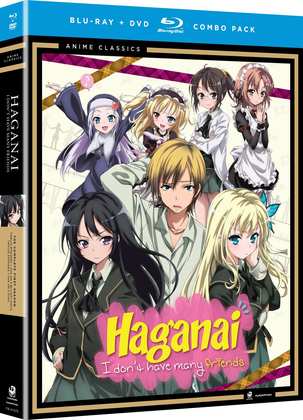 From one stock anime genre to another. It’s time for a harem comedy, albeit with a twist. Haganai: I Don’t Have Many Friends Season 1 is about the odd-balls, the freaks, the kids in high school that no-one hangs out with. We have a delinquent, the antisocial girl, the school princess (who has no friends, only followers), an otaku geek, a cross-dresser, and a child nun/teacher. They start an after school club to learn how to make friends and not be antisocial members of society, only it doesn’t quite work the way they intend. 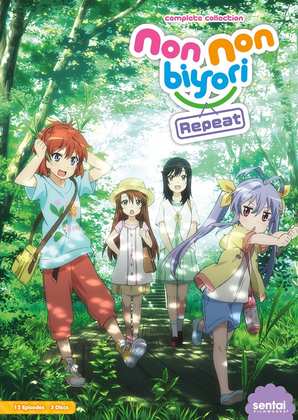 It was sequel time next, as I turned my attention to Non Non Biyori Repeat. It’s a confusing name, but it is actually a sequel to Non Non Biyori, twelve more episodes that take place during the same year as the first season. It’s still the delightful slice-of-life tale of four school friends in a rustic country setting, but the way the second season develops the supporting characters gives the show more depth and dimension. 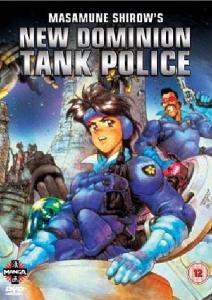 New Dominion Tank Police. Ghost in the Shell gets all of the attention, Appleseed gets a bit, but Masamune Shirow’s Dominion Tank Police seems to be lost to history. It’s a shame as it’s definitely a story worth revisiting. This second OVA series, the New Dominion Tank Police dates from the days of Manga Video, although by the time it made the transition to DVD, they had become Manga Entertainment. The show is a whole load of fun, the idea of a city so lawless that the police patrol the streets in tanks. The show focuses on a tank otaku named Leona and her favourite mini-tank Bonaparte, as they battle hi-tech crime in a cyberpunk future. New Dominion Tank Police is a high concept sci-fi action comedy, a genre blend that seems incongruous, but works like a charm here.

The DVD version of New Dominion Tank Police was released in the UK by Manga Entertainment in 2003. Here's my review. Second hand is your only option now. However it did get a 2-disc re-release in the US from Maiden Japan in 2013 which is still available, except that it lacks Manga’s English dub.

Hanabee released Short Peace on Blu-ray and DVD in Australia in 2014. All the Anime released Mobile Suit ZZ Gundam Part 2 on Blu-ray on January 8th. Funimation gave Haganai Season 1 a US Classics edition BD/DVD combo re-release in 2015, and Sentai Filmworks released Non Non Biyori Repeat on Blu-ray and on DVD back in 2016.