We’re at that time of the year again when new anime releases begin to dry up. It’s Christmas; sprouts take precedence, or rather all the big, tentpole releases from the main distributors take precedence at the manufacturers, and boutique anime labels get pushed to the back of the queue. And fewer anime releases mean fewer UK anime reviews for the next few months, and a chance for me to take a proverbial pick-axe to Mount Backlog, currently some 53 anime releases high. It’s not my fault. Just when I think a franchise is over, complete, they go and make another instalment, making me reach into my wallet once more. 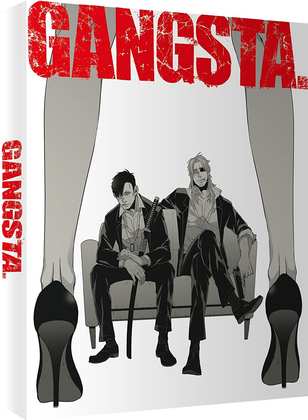 We’ll be hoping for another instalment of my first review of the week, Gangsta., although that doesn’t look likely at this point. The clue’s in the title; it’s a show set in the criminal underworld of the fictional city of Ergastulum, where a part of this underclass are the Twilights, unwanted children of a generation of drug enhanced soldiers, who have inherited their abilities and their drug dependencies. The problem is that Gangsta. was the last show that studio Manglobe produced, and they went out of business half-way through. See what effect that has by clicking on my review. 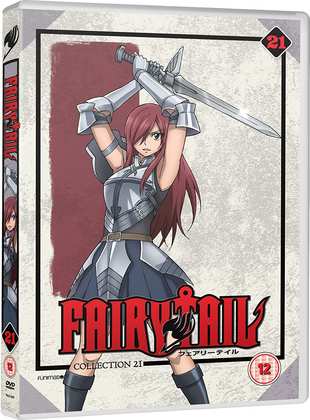 Next up was the review for Fairy Tail Part 21, a show where the disappointment levels are inversely proportional to the faithfulness of the manga adaptation. We’re well and truly out of filler territory with Part 21, and deep in the middle of the Tartaros arc, and Fairy Tail does what Fairy Tail does best, action, comedy and drama while making you care about the characters. It looks like there is finally movement on the last 12 episodes of the series that follow the Tartaros arc, as Funimation in the US has finally scheduled a release there. 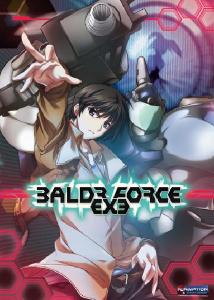 Baldr Force EXE. One thing about a lot of those OVA series from the early to mid 2000s is just how disposable and forgettable they are. Typically what you get are four episodes of extreme violence and action, usually of the cyberpunk sort, but they are the kind of shows that tend to leave my awareness as soon as the end credits stop rolling. They’re like the computer demo scene of around twenty-five years ago, bits of software to show of the abilities of their creators, but utterly useless in every respect. What I also forget about these OVAs is just how much fun they can be. Baldr Force EXE is a cyberpunk story that riffs heavily on the Matrix, action in an online reality spilling over into the real world, with plenty of conspiracies and mysteries to keep the two hour, four episode run time watchable. The weakness is in the characterisations, and clichéd narrative, but it is fun to watch.

Manga Entertainment released Baldr Force EXE on DVD back at the start of 2009, one of their first releases when they were teamed up with Funimation. Here’s my review. Copies are still available to buy online if you look hard enough. Funimation also released it in the US, and if you can spin Region 1 discs, their S.A.V.E. label re-release is actually cheaper.