DVD
You're Under Arrest - Mini Specials

DVD
You're Under Arrest - The Motion Picture

Legally streaming anime on the Internet has been the way to get your fix of anime for some years now, after television broadcasters could never make the economics work. It has become television for anime fans, but it’s the West that has made the model work. It took years for the industry in Japan to see the value of sites like Crunchyroll, and they were late to join the party. You’d have thought that they’d put more effort into it, as they are notoriously committed to controlling their IP. When it did finally happen in the form of Daisuki, a Japanese anime streaming platform serving the world, it never really caught up to established streaming services, although it did hold several delectable exclusives.

Well, that grand experiment has come to a close now, with the announcement that Daisuki will be shutting down on October 31st 2017.

What did I say about Japanese companies wanting to control their IP? Last week Sony bought Funimation, the biggest anime distributor in the US. Subject to approval, they will garner 95% of the company, with the remaining 5% remaining the property of CEO Gen Fukunaga. Speculation is rife as to what the takeover actually means. I can only look back to the last time that Funimation was bought. That was in the mid-2000s by Navarre. Prior to that Funimation distributed in the UK through MVM, but Navarre wanted to keep things in-house so they switched distributors to another of their UK operations, Revelation Films. Revelation couldn’t keep up with release schedules, and had a tough time reaching fans. The net result was a veritable drought of Funimation titles in the UK for nearly two years, before Manga Entertainment became their distributor of choice. Of course Sony is no Navarre.

The usual pacifying press statements have been issued, especially from Funimation, stating that nothing will change. And of course nothing will change in the short term. Funimation titles will still be split-streamed with Crunchyroll, they will still distribute in the UK with the aid of Anime Limited and Universal, and you will still see your favourite shows. The interesting things will happen when existing contracts expire. No one spends money buying a company to not make money, and that means that change is inevitable in the medium to long term. If you want some informed speculation, then last week’s Answerman column from Anime News Network on the development makes for interesting reading. One interesting thing to note is that different divisions of Sony now own both Aniplex US and Funimation. 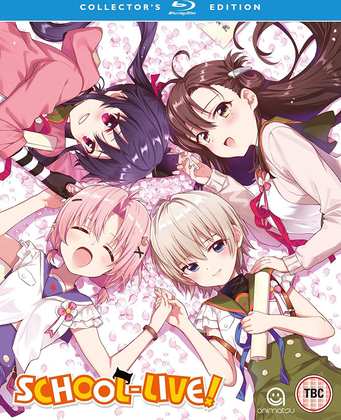 I started off the week with something quite special in School Live! Collector’s Edition, and it came as a very pleasant surprise. Slice of life shows are two a penny, especially those with a group of girls in an after-school club. At the same time my least favourite subgenre in my least favourite genre is the zombie horror. But combine the two, slice of life plus zombies and you get School Live! one of the best shows released on home video this year in the UK. Click on the review to see just why... Actually you won’t see why, as the really cool bit about the show is also a spoiler, which I avoid. 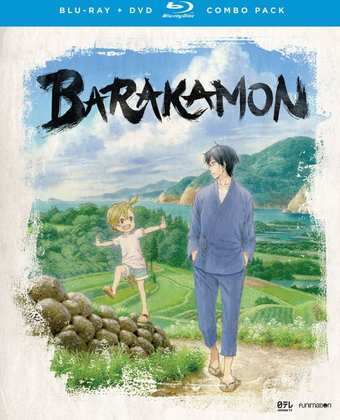 I have the US release of Barakamon – Complete Series on my to-watch pile, which is why it fell to Stuart McLean to review the UK release of this show about an aspiring artist, who makes a mistake that gets him ‘exiled’ to a rural island to find his centre again. The blurb to this show gave it a ‘Local Hero’ vibe that attracted me to buying it, but Stuart McLean’s review has made me move it closer to the top of the pile. Click you know where to read you know what. 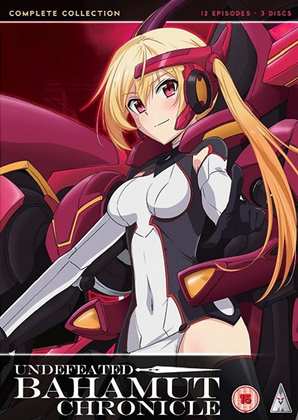 I ended the week on the absolutely mundane in Undefeated Bahamut Chronicle. It’s a show about a boy who through no fault of his own gets labelled a pervert when he gropes a certain someone’s breasts in a communal baths at an all girls academy. This academy trains its students to pilot giant flying robots to defend the kingdom, and the boy becomes the only male admitted to the academy. And this show isn’t in any way like Infinite Stratos, except the ways that it is. 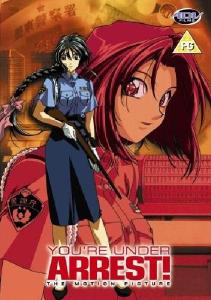 You’re Under Arrest: The Motion Picture. The thing about translating TV series to the large screen, especially in the late nineties, early 2000s, is that there was usually something of a genre shift. Tenchi Muyo’s third movie became a romance drama, losing the sci-fi comedy almost completely. Ah My Goddess ditched the small scale relationship hijinks for something more epic and world-threatening. And for its second movie Patlabor ditched the light comedy for something philosophical and topical. You’re Under Arrest goes the same route for its movie, taking the light comedy antics of a group of traffic cops and submerging them under a terrorist thriller. It worked for Patlabor, but it doesn’t work for You’re Under Arrest, as the story is mundane, while it’s the light comedy antics that really make this show, and without them, it’s surprising how dull the characters really are. It’s a by the numbers action thriller, with some great, atmospheric, and detailed animation, except for when the budget runs out and they stick a freeze-frame harmony on screen instead.


You’re Under Arrest: The Motion Picture was released in the UK by ADV Films way back in 2004. Here’s my review. The DVD's deleted now, so second hand is your best bet. Be aware that it comes in letterbox format with zoom unfriendly subtitles, so it might be worth digging up a 4:3 CRT to watch it on, or if you’re lucky, have a player that lets you change the position of the subtitles on screen. There was briefly a second release in the US from ADV with an anamorphic transfer, but that’s rarer than hens’ teeth, and once again, second hand will be your only option.