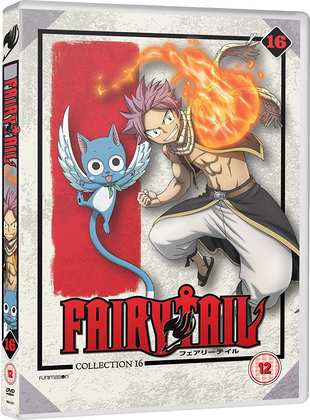 Two long running, shonen anime got reviewed last week. It kind of makes it hard to come up with something inspiring to say in the short paragraphs that I devote to the Anime Review Roundup. Take Fairy Tail Part 16 for example, which was my first anime review last week. We’re in the middle of a magical games tournament, we’re getting some big reveals regarding a dark conspiracy unfolding in the background, and there’s plenty of fighting action to appreciate. I could tweak that paragraph and apply it to any shonen anime series and it would remain relevant. One thing to know is that we’re in the middle of canon, manga-adapted material, which is usually when Fairy Tail is brilliant, but not so much this time around. 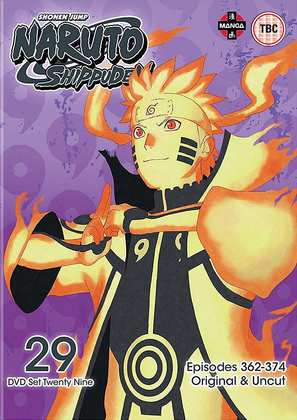 Of late, the canon, manga adapted material has been the most troublesome aspect of Naruto Shippuden, as the story is just getting too big to really comprehend. I’ve taken to looking forward to filler. But in Naruto Shippuden Box 29, we’re back to canon material, and for once, it’s good going on awesome. We’re in the middle of a climactic battle, revelations are coming thick and fast, and there are more than enough “Hell Yeah!” moments in this collection to keep daft grins on any Naruto fan’s face, that’s despite the four episode break for an ancient history lesson in this set. 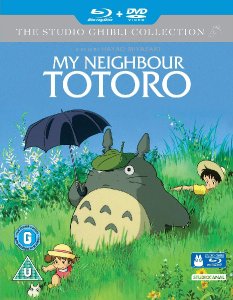 My Neighbour Totoro. Two weeks, two Ghibli movies to flash back to. My Neighbour Totoro may be the most iconic of them all; its title character became the studio Ghibli logo after all. It’s a deceptively simple film, one that works on more than one level. At its most basic, it’s a delightful children’s fable, a tale of two sisters who move to the country with their father, and whose mother is ill in hospital. It’s a tale of the magical creature, Totoro that they encounter, and how Totoro helps them deal with their feelings being separated from their mother. But then you have this whole other level to the film, a reverence for nature, the joy of rustic traditionalism, a simpler way of life, and aspects of folklore and mysticism that all really give the film dimension. And of course the animation is beautiful beyond compare.

Studiocanal released the film in the UK back in 2012 on Blu-ray/DVD combo and of course there is the old Optimum/Studiocanal DVD release, and of course both are still available should you wish it. Here’s a review of the Blu-ray. In an interesting development, Disney no longer have the license to distribute Ghibli films in the US, and GKids have picked up the films there. They’re going to start re-releasing them at the end of this year, and they are going to town with the presentation, when it comes to sourcing all the dubs, getting the subtitling right, and extra features. They may turn out to be the definitive releases in the West, although infuriatingly GKids tend to lock their Blu-rays to Region A.