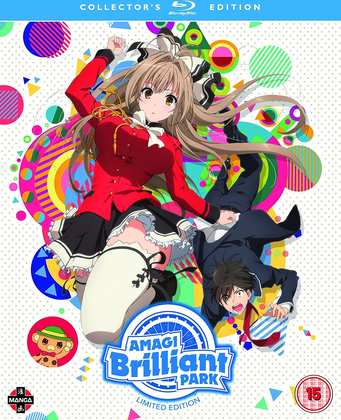 It was a week of pleasant surprises when it came to anime reviews. I certainly wasn’t expecting anything poor from Amagi Brilliant Park: Complete Collection when I watched it; after all it is a KyoAni production. But they do have a talent for light, ephemeral and inconsequential entertainment, which makes you feel good, looks exceedingly pretty, but lacks narrative substance. Amagi Brilliant Park makes you feel good, looks exceedingly pretty, and it’s got a solid story to it as well, as a narcissistic high school student is drafted in to save the fortunes of a rundown theme park with a magical connection. Click on the review to read more. 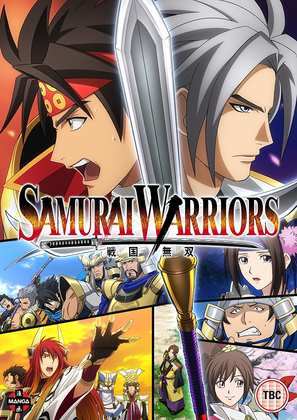 When I saw the blurb about Samurai Warriors: Complete Series, my heart sank at a Sengoku Basara clone, another warring states period anime based on a fighting arcade game. I certainly wasn’t in the mood to be overwhelmed with manly posturing and a flood of testosterone. Samurai Warriors does have these, as well as disappointingly low production values, but instead it has a really solid story that pays more than just lip service to actual history, and it’s got comparatively nuanced characters as well. This is the thinking man’s Sengoku Basara. 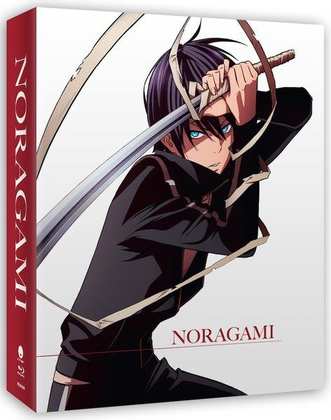 I didn’t have the best of times with Noragami. It’s a delightfully well animated show, with strong characterisations, and an interesting story world where gods interact with humans, in a world beset by supernatural phantoms. The first series of Noragami did a great job of setting up its story and building its world, but disappointed by keeping its story small scale and personal, where you’d expect something more epic in a tale about gods. It turns out that the first series was just set-up, and the sequel that I reviewed last week, Noragami Aragoto is where the story starts to pay off big time. If you’re invested in the story and the characters, Noragami Aragoto rewards your investment. 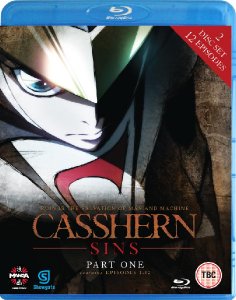 Casshern Sins. With all that bright and peppy anime joy, I needed something to ground me in reality, remind me of the imminent onset of mutually assured entropy that the world seems to be heading towards these days. What better than the Radiohead of the anime world, Casshern Sins? It’s a show with problems, most notably its characters and story, which both are exceedingly simplistic. An amnesiac named Casshern, neither man nor machine, wanders a ruined apocalyptic world, populated mostly by decaying robots. He’s told that he’s responsible for this Ruin, because he killed a robot named Luna. It’s also rumoured that anyone who kills and devours Casshern will gain immortality, so he’s constantly assailed by hordes of rampaging robots. And through this all, Casshern looks for his past. It’s a simple, circular story, with characters on simple, circular arcs, and with painfully simplistic dialogue. Casshern’s dialogue mostly consists of repeating what has just been said to him, and sticking a question mark on the end. What Casshern Sins has going for it is the look of the show. It’s an astoundingly beautiful animation, capturing the end of the world with a poetic irony, making atmospheric use of colour and shadow to bring forth a singular vision. It’s almost enough to make up for the show’s shortcomings... almost...

Casshern Sins fell afoul of Manga Entertainment’s initial dalliance with Blu-ray in the UK. Part 1 of the show was released on DVD and on Blu-ray, but alas Part 2 was DVD only. You can still find the Part 1 Blu-ray at a bargain bucket price. Unsurprisingly it didn’t sell well, while you’ll actually have to pay more to buy it on DVD, in halves or the complete series collection. Here’s my review of Part 1. It’s worth getting that Blu-ray just to see how pretty this show looks. Siren Visual released it in Australia on DVD and on Blu-ray though, if you want the whole thing. The US Funimation Blu-ray release is Region A locked.