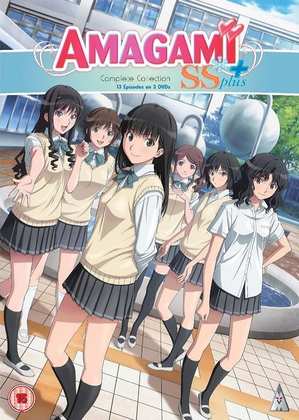 There’s a whole lot of anime out there right now, so much so that even at my usual pace of posting one review every two days, I’m falling behind. You’re going to see a few late reviews in the upcoming weeks. One review that is actually early is that for Amagami SS Plus, the sequel to the Amagami SS anime. It’s one of those dating simulation anime adaptations, which sees a male protagonist trying to romance six girls (in six parallel stories). Think of it as an anthology show. Amagami SS Plus continues those stories adding another two episodes to each to see if each couple gets a happily ever after. Click on the review to see if it is as good as the first series. 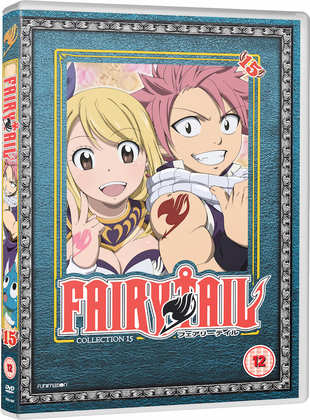 I’m glad to say that Fairy Tail is well and truly up and running again following a desultory filler arc. Fairy Tail Part 15 focuses on that shonen anime staple, the tournament arc. In this case it’s a magical tournament with all the imagination and eye-candy that implies. Fairy Tail alternates absurd and fantastic magical Olympic events with one on one magical combat in its Magical Games tournament, but the real story unfold almost subliminally in the background. Too subliminally in fact, as it ends this collection with a rather obvious epilogue, but it’s still as much fun as Fairy Tail gets. 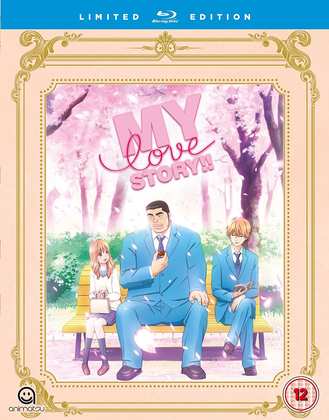 Romance in anime is rarely straightforward. It’s usually a harem situation, or there’s some form of kinkiness involved, or it’s so far removed from reality that you just can’t engage with it on human level. You’ve already clicked on the Amagami review I assume, in which one guy gets to date, and have a happy ending with six girls, thanks to the magical reset button. So when I say that My Love Story is a tale about a romance between one guy, and one girl, in a normal setting, with no aliens, no magic, no harem, and not too much angst involved, you’ll understand just how rare an anime this is. The only thing ‘strange’ about it is that the romantic couple aren’t the usual anime characters that you’d find in a romantic situation. 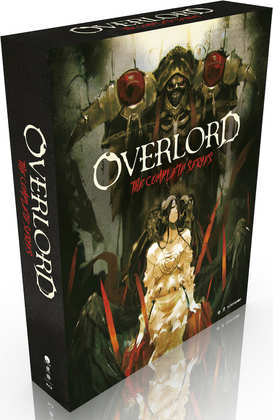 I’m rarely enthusiastic about virtual reality MMORPG anime shows like Sword Art Online so you can guess the eagerness with which I approached the Overlord check discs. But to my shock and surprise, it turned out that it didn’t even meet my low expectations. The flaw is obvious in the show’s premise. The protagonist, the last one left logged into a game that he and his teammates had clocked, finds himself transferred in his game avatar to another world, where his maxed out skills and abilities are of god-level. It’s hard to engage with a character like that. 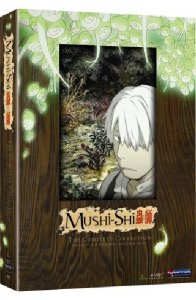 Mushi-shi. Just when you might feel disillusioned or tired of the anime medium, especially given all the identikit genre shows built by committee, there comes a show that reminds you that there is still creative talent in the industry, there is still originality, and there are shows that you can invest your time and money in and be sure of a return on that investment. Mushi-shi is one such show. Mushi are the most primitive of life forms. Elusive and ethereal, and existing since time immemorial, they have come to be the cause of many superstitions and supernatural legends. Ginko is a Mushi-shi, a Mushi Master. He travels the country investigating these odd creatures, and helping those people who, for good or ill wind up interacting with them. It’s a spooky, supernatural anthology series, but it’s not particularly a horror show. Instead it’s got a rich connection with nature, the cycle of life, and humanity’s place in the world; something that we tend to lose in our modern, technological lives.

Revelation Films released the first series in the UK, first in single volumes which I reviewed, and then a complete series collection that Stuart McLean reviewed. It’s deleted now, but you might scrabble together the single volumes from e-tailers, and there is always second hand. You can import Funimation’s S.A.V.E. release at a budget price though. There was a second series and some OVAs a couple of years ago, which to date have only had a lacklustre DVD release (burnt in subtitles) from Madman Entertainment in Australia. The reason of course is Aniplex, who have the license and are sitting on it like the kid who owns the football and refuses to let anyone else play. It’s on Crunchyroll though if you don’t mind streaming.