Article
Anime Review Roundup
Tags For This Item
All The Anime, Animatsu, Anime, Anime Limited, Blu-ray, DVD, Is it Wrong to Try to Pick up Girls in a Dungeon, Madman Entertainment, MVM, Persona 3, Persona 3 Movie 4 Winter of Rebirth, Retrospective, The Tower Of Druaga, The World God Only Knows
Recently Added Items

Is it wrong to try and post the Anime Review Roundup a day late and hope that no one notices? Judging by the fact that my inbox isn’t full of e-mails complaining about the absence of the column yesterday, I’d say not. However, it is more timely to ask Is It Wrong To Try to Pick Up Girls in a Dungeon?, which I reviewed last week. There are a long line of RPG style anime adaptations of light novels these days, and this is just the latest. In the US, the Special Edition release from Sentai came with a free ribbon, but Animatsu are not as crass. The important thing is that you don’t want the boob ribbon to be the best thing about this show, you want there to be a decent dungeons and dragons, gods and heroes story, and well-written characters. You’ll have to click on the review to find out. 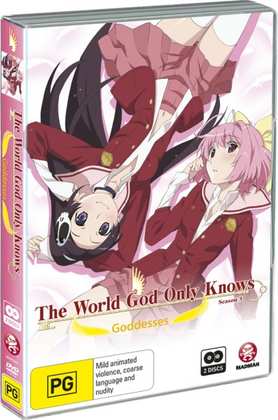 Next it was the turn of The World God Only Knows Season 3, which again I had to import from Australia, given that the UK releases didn’t get any further than Season 2. You need to import and watch the OVA series to set up this story. The first two seasons were about a video-game addict, co-opted by a benevolent demon to recapture loose souls that try and take over vulnerable girls’ hearts. This is accomplished by said gaming geek romancing the possessed girls. Season 3 makes things more complicated and more epic by throwing Goddesses into the mix, and setting up a conflict between the realms. Season 3 is also the worst of the series, and the best of the series, often for precisely the same reason. Click on the review for an explanation. 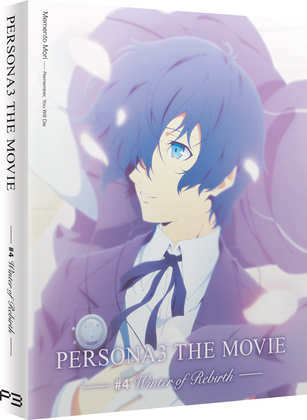 All I can really say about Persona 3 Movie #4: Winter of Rebirth is that it is the last one. The end of the Persona 3 movies, where the story is resolved, the character arcs concluded, and everything is topped off with a pretty bow. That’s if you’re a fan of the Persona franchise, and the Persona 3 videogame in particular. I’m not a fan, so you can well imagine that clicking on that link will lead you to a few hundred words of snark. You have been warned. 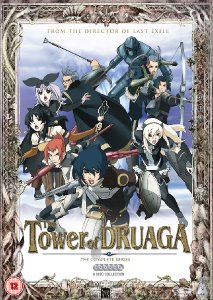 The Tower of Druaga. Danmachi, Sword Art Online, Outbreak Company, Log Horizon, Overlord, or Accel World; you can’t move for tripping over VR MMORPG inspired anime, but the Tower of Druaga did it... well if not first, it was pretty much first of the current batch, a revival of the genre once the .hack hype had waned. It was a first in another way too, alongside Blassreiter, the first anime series to be streamed, free and legal online, on the then recently rehabilitated Crunchyroll service among others. It’s pure D & D adventuring in one way, a party of adventurers, warriors, archers, mages, healers and so on, trying to make their way to the top of the eponymous tower to face Druaga itself, all for fortune and glory. But the Tower of Druaga also gleefully winks at the audience by playing with the RPG tropes, infused with an entertaining sense of humour, and a mid season twist that really gives the story a shot in the arm. Best of all, it’s pure adventuring without the conceit of players plugged into a Matrix, so you don’t have to ask pointless and pedantic questions about the premise.

MVM released The Tower of Druaga as a complete series collection in 2011, collecting The Aegis of Uruk and the Sword of Uruk. Here’s my review. The show is still available for purchase on DVD today.

Animatsu release Is It Wrong To Try to Pick Up Girls in a Dungeon? as a Deluxe Edition Blu-ray/DVD combo today (although the art cards were pulled at the last minute). All the Anime released Persona 3 Movie #4: Winter of Rebirth as a Collector’s combo release and standard DVD last Monday, while Madman Entertainment in Australia released Season 3 of The World God Only Knows on DVD back in 2015.