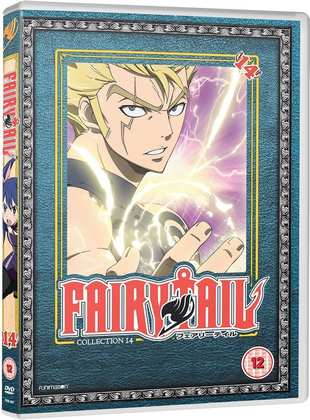 It was a jam packed week of anime reviews last week, beginning with Fairy Tail Part 14. While Funimation have been releasing Fairy Tail again in the UK for quite a few months now after a long hiatus, it didn’t quite feel as though the show was really back. That’s because those initial volumes comprised filler story. With Part 14, we finally get back to the canon storyline, and this is where Fairy Tail gets good again, one of those typical shonen tournament storylines, although given this show’s magical world, it’s more like the Triwizard Tournament. 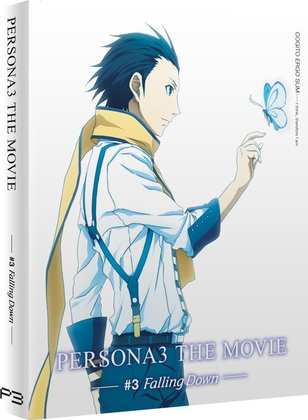 That review was hotly pursued by the review for Persona 3 - Movie 3 a.k.a. Falling Down. This is where I once more confirm that I am not a fan of the Persona franchise, with a review that no true fan will likely tolerate, but objectively I can tell that these films are getting better and better as they go along, improving in terms of story, character development and in terms of structure. The third movie is the most cinematic so far. Who knows? Perhaps by the time the fourth movie comes around, I’ll be able to stay awake through it. 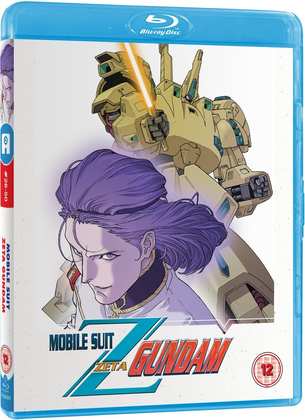 Pity poor Stuart McLean, who had to dive into an anime series in the middle, as we only get check discs for Mobile Suit Zeta Gundam Part 2 in the end. Although judging by how Stuart took to the second series of the classic and long running Japanese giant robot franchise, it wasn’t too much of a chore for him. If you’re into your Star Wars like space battles, giant robots, and Newtypes, and have a soft spot for vintage animation circa early eighties, then this show will be for you. Click on Stuart’s review to get the skinny on the series. 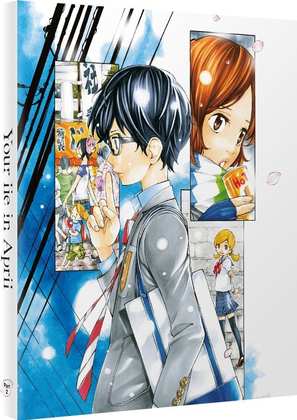 The highlight of my week came with the review for Your Lie in April Part 2, although highlight is a term that’s used advisedly for a show that will take your heart, put it through the wringer, shred it to bits, turn it into paté, and give it back to you on a lightly toasted crumpet when it’s done. In other words, prepare for tears, lots of them, in a story that is by turns heart-warming and heart wrenching, animated beautifully, and accompanied by exquisite music. Contender for the best anime of the year. 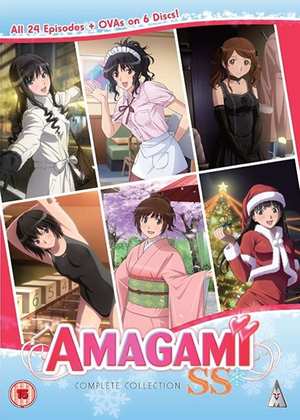 Now Amagami SS is definitely not the best anime of the year, but this dating simulation adaptation is pretty entertaining nevertheless. It’s a show that goes the odd route of letting the protagonist have his proverbial cake and eat it, letting him date all the girls to the inevitable conclusion, simply by resetting the story after each girl. You get six love stories for the price of one in Amagami SS, and the quality and variety of the stories, as well as the comparative lack of fan service, makes this a very watchable show indeed. 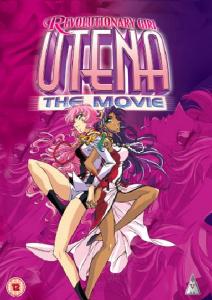 Revolutionary Girl Utena. The world is going all David Lynch this week. Mullholland Drive just got a 4k Remastered Blu-ray release, while the new series of Twin Peaks is melting the Internet, so it seemed appropriate that I turn to anime’s own David Lynch, Kuniko Ikuhara for inspiration. Of late you’ll probably have seen his Yurikuma Arashi, and prior to that, Mawaru Penguindrum, but the Revolutionary Girl Utena feature film, a reimagining of Ikuhara’s own TV series The Adolescence of Utena, might just show him at the peak of his powers. It follows the tale of Utena Tenjou, a girl who was consoled by a prince following the death of her parents. Vowing to be just like him, she begins dressing in boys' clothes and attends the exclusive Ohtori Academy. She obtains a rose ring that gives special privilege in the school, allows the students to duel for their honour, and whoever is at the top of the duelling heap will 'own' the Rose Bride, student Anthy Himemiya.

It seems a simple story, but in Ikuhara’s movie adaptation, it becomes all metaphor, breathtaking visual excess. The school itself makes Hogwarts look like Grange Hill, while the climax of the film is just so batshit insane that you’ll wind up watching this film over and over, just trying to figure it out. Here’s my review. MVM released it in the UK on DVD back in 2008, and alas it’s quite deleted right now. You can try second hand though. It’s long overdue a Blu-ray release, as is the TV series for that matter (its remastered US DVD release is selling out too, let alone the long deleted original), the scarcity of Utena needs to be addressed.

Funimation released Fairy Tail Part 14 on DVD on May 8th. That’s also when All the Anime released Mobile Suit Zeta Gundam Part 2 on Blu-ray, and Your Lie in April Part 2 on DVD, and on Collector’s Edition BD/DVD combo. Their Persona 3 Movie 3 combo Collector’s Edition, and DVD release come out today, while MVM released Amagami SS on DVD and on Blu-ray last Monday, May 15th.