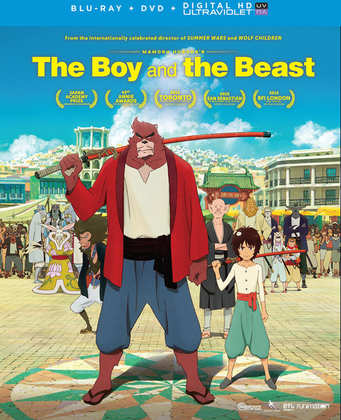 Diving straight into this week’s reviews, I begin with The Boy and the Beast, a movie that we should have had in the UK, was even scheduled for release by Studiocanal, but then unceremoniously vanished from the schedule with no explanation. I had to import this disc from the US, which fortunately is Region B friendly. It’s a big deal too, as it’s a Mamoru Hosoda film, what he made next after Wolf Children. It’s a modern day fairy tale, where a homeless child is adopted by a ‘beast’ from a parallel world of gods and demons. It’s a rich story world, lush with ideas. Click on the review to see how it fares. 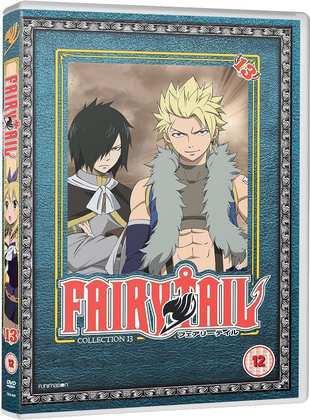 Next it was the turn of Fairy Tail Part 13, which concludes the most recent filler arc and eventually gets back to the canon storyline. Part 13 is where I’m reminded that I really don’t like Fairy Tail filler, a story about an Infinity Clock and a plan to end the world that wholly fails to satisfy. It’s also where I’m reminded of just how much I enjoy canon Fairy Tail, as when the main story gets going again, it’s like the sun coming out from behind a cloud. 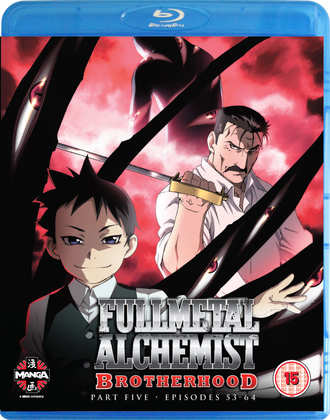 You might think that it’s a little soon to revisit Fullmetal Alchemist Brotherhood for one of these retrospectives, but you really do need to get your hands on this show. For in the US, Aniplex US has regained the rights to its licence, and have taken it out of circulation. Funimation no longer have it, and what you see on shop-shelves now is all that you can get. Things are a little different here in the UK, as Manga Entertainment licensed the show directly from Japan, and their licence is still extant for now. They released the show on DVD starting in 2010, and they had an abortive attempt to release the Blu-ray at the same time. They could only finish releasing the Blu-rays back in 2013 though. Here’s my review of Part 5. Subsequently, they released a complete DVD collection, and two Blu-ray collections. No doubt once their licence expires, Aniplex will grab their football and go home again, so you really should get this show while you still can.

Funimation US released The Boy and the Beast as a DVD/BD combo in 2016. Funimation UK released Fairy Tail Part 13 on DVD on April 3rd.