MIND GAME made waves in 2004 to much critical praise, launching director Masaaki Yuasa’s unique creative vision onto the world. As a directorial debut, it doesn’t get much more striking - and now 13 years later, STUDIO4°C are looking to bring you this cult classic on Blu-ray with the help of a passionate animation community via Kickstarter. 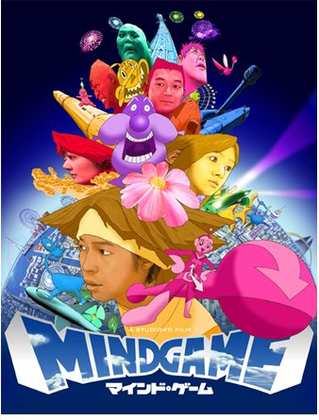 Nishi has always loved Myon since they were little. And now as adults, he wants to pursue his dream of becoming a manga artist and marrying his childhood sweetheart. There's one problem, though. She's already been proposed to and thinks Nishi is too much of a wimp. But upon meeting the fiancé while at her family's diner and accepting him as a good guy, they encounter a couple of yakuza, only to have Nishi grasp a certain revelation. And, with his newly acquired look on life, adventures abound as he, Myon, and her sister, Yan, escape the yakuza into a most unlikely location where they meet an old man...

Anime Limited are working with STUDIO4°C to crowd-fund a Blu-ray release of this cult masterpiece to come in 2017. While the Kickstarter aims to raise £4,500 in funding, STUDIO4°C will raise and contribute the remainder.

This comes at a very exciting time as MIND GAME has never had a HD release on home video - and with Masaaki Yuasa’s two new films on the horizon for later this year, this is an exciting opportunity to see where it all began for the enigmatic director.

Backers of the Kickstarter will get their hands on a collector’s edition blu-ray release of the film as well as additional rewards. Plus, it’s a great way to support the early works of one of the top directors coming out of Japan and help bring it to home video for fans outside Japan. 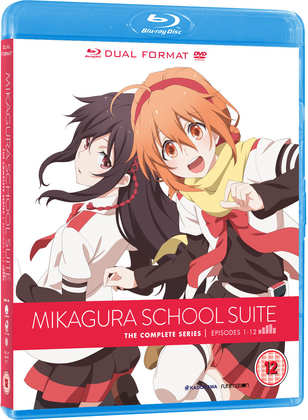 The mediocrity continues this week, although there are a couple of highlights, thanks to some vintage re-releases. First up for review last week was Mikagura School Suite, which turned out to be fun at least, if not exactly shaking the foundations of society with originality. It’s one of two shows this week that feature magical battles in high school, but Mikagura managed to make an impression with its ditzy and single-minded main character, and it found a meaningful story arc in its rote light novel adaptation. 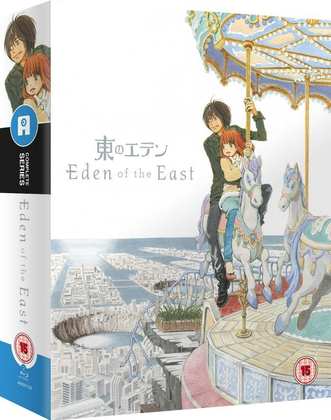 Next it was time to revisit Eden of the East, a cyberpunk conspiracy show that was originally released here by Manga Entertainment. All the Anime have collected the series, and the two follow-up movies and re-packaged them in a collector’s edition alongside some delectable physical extras. Stuart McLean didn’t see the packaging, but he did get to experience one of my favourite shows on Blu-ray, from the director of Ghost in the Shell: Stand Alone Complex. Click on the review to read Stuart’s thoughts. 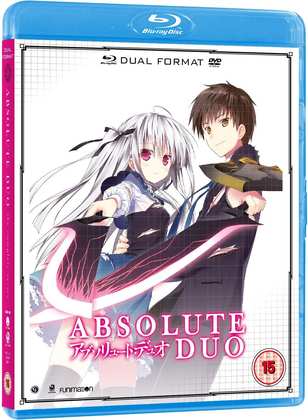 Here’s the other ‘magical battles in high school’ show, Absolute Duo. This one ploughs the familiar furrow of one boy and his harem, centred on an over-powered, but shy grey-haired girl of little social skills, but overwhelming cuteness. Absolute Duo shuns story and character development for spectacle and daft plot twists, and as a result turns out like so many other anime. 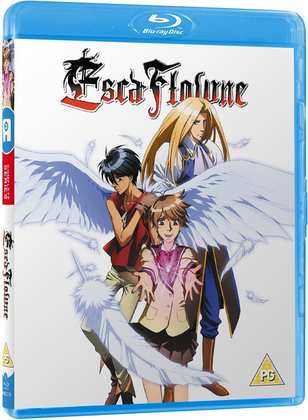 Fortunately for my faith in anime as a medium, I had the chance to revisit Escaflowne, as I took a look at its Blu-ray release. It’s one of the classics of the medium, a gateway show in many respects which appealed to a broad audience, featuring both giant robots and romance. A girl is whisked away to a fantasy world torn apart by warfare and strife, and gets drawn into a grand adventure. The show was one of the first anime to be released on DVD, but watching it now in high definition is a revelatory experience. 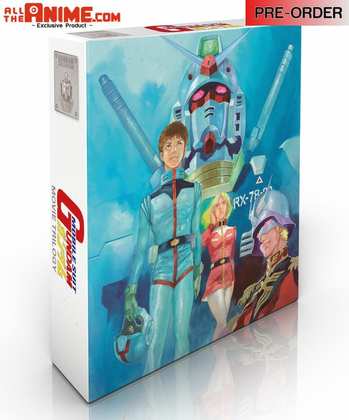 I reviewed the original Mobile Suit Gundam television series for this site last year, so revisiting the story so soon wasn’t really on the cards when the check discs for the movie trilogy showed up. But if you’ve read the comments on the reviews, you’ll know that I managed to tantalise at least one fan of vintage anime. Stuart McLean takes a look at the Mobile Suit Gundam Movie trilogy now, a digest version of the television series, 40-odd episodes distilled down into three two-and-half hour movies. Click on the review to read Stuart’s take on the classic tale of a young boy and his giant robot, drawn into an interplanetary war. 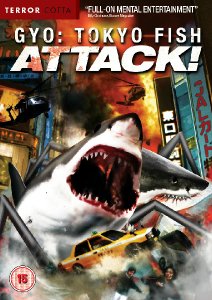 Gyo: Tokyo Fish Attack. The last few weeks and months, I’ve encountered a whole lot of negative opinion on forums and in podcasts regarding Gyo: Tokyo Fish Attack, so much so that I began second-guessing my original opinion about this film. It’s a disaster b-movie of an anime, where fish on robotic legs invade the land, turning everyone into putrid mindless zombies. And I still love this film. It’s deliciously nasty, with no redeeming values at all, but it’s all the more entertaining for it. Two people, running for their lives from a shark on legs is an image that won’t go away too quickly. This is the anime equivalent of Sharknado, refreshingly daft.

Terracotta released Gyo on DVD in the UK on their Terrorcotta label in 2012, and it is still available to buy today for bargain bucket prices. The subtitling isn’t up to standard, but the gist still gets through, and if you want it on Blu-ray, there is an Australian release. Here’s my review of the UK DVD.

As for this, just a little nudge if you are still one of those anime fans who are yet to pick up Kids on the Slope, a little something of what you are missing.

All the Anime released Escaflowne on standard Blu-ray, and Eden of the East Collector’s Edition Blu-ray on February 20th. They release The Mobile Suit Gundam Movie trilogy on Blu-ray today, although it’s an exclusive through their Anime Limited webshop, limited to 500 copies. Funimation released Absolute Duo on Blu-ray DVD combo on February 27th, while their combo release of Mikagura School Suite came out on March 13th.