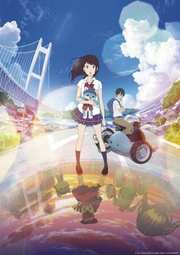 Manga Entertainment proudly present In This Corner of the World 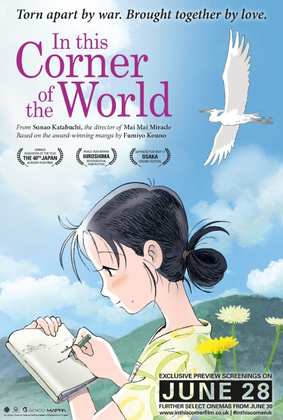 From the director of Mai Mai Miracle and the producers of Millennium Actress & Tokyo Godfathers. The award-winning story of In This Corner of the World follows a young lady named Suzu Urano, who in 1944 moves to the small town of Kure in Hiroshima to live with her husband’s family. Suzu’s life is thrown into chaos when her town is bombed during World War II. Her perseverance and courage underpin this heart-warming and inspirational tale of the everyday challenges faced by the Japanese in the midst of a violent, war-torn country. This beautiful yet poignant tale shows that even in the face of adversity and loss, people can come together and rebuild their lives.
Written and directed by Sunao Katabuchi, based on the original work by Fumiyo Kouno. Produced by Masao Maruyama (MAPPA Co., Ltd), Taro Maki (GENCO, Inc.). With original music by Kotringo.

Anime Limited are delighted to announce that we will be bringing the film Napping Princess, aka “Hirune Hime: Shiranai Watashi no Monogatari“, to cinemas in the UK & Ireland in summer 2017!

Directed by Kenji Kamiyama (Ghost in the Shell: Stand Alone Complex, Eden of the East, 009 Re Cyborg, Moribito: Guardian of the Spirit) 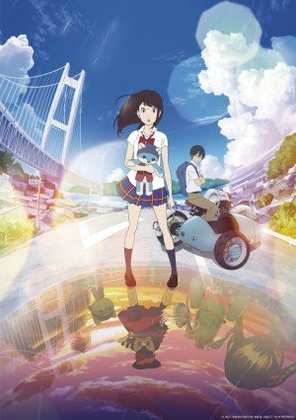 Synopsis: “This fender and genre-bending film takes us into the not-too-distant machine-driven future. Kokone should be diligently studying for her university entrance exams, but she just can’t seem to stay awake. Aside from stealing precious study time, her napping is even more distracting, as it brings on strange dreams with warring machines that hint at family secrets that have been dormant for years. She can’t ask her father, a hipster mechanic more talented and artful than his job requires, as he’s always busy modifying motorcycles and cars in flights of fancy. What are these visions that lead Kokone at once closer to and farther away from her family? Like all the best anime, the film revels in multilayered fantasy to show how sometimes opposites—waking and dreaming, the past and the future—are far more intertwined than they appear.” 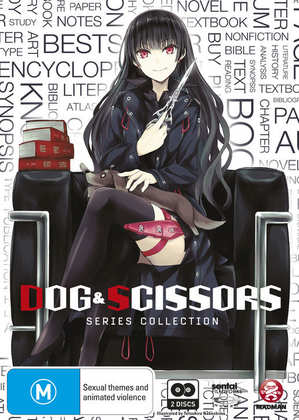 Some great news there about anime in British cinema, but the hype quickly dies down as I recall the anime reviews that have been posted this last week. On the bright side, this does look to be the nadir, and things might be perking up with the reviews incoming this week. But first we have to deal with shows like Dog & Scissors, the kind of shows that I watch so that you don’t have to. A bookworm dies during a cafe stick-up gone wrong, and is re-incarnated as his favourite author’s pet dog. The only trouble is that she’s a sadist, and she wants to dissect her puppy with a pair of scissors. There is one other thing. She’s got writer’s block, and if our canine hero wants to read the next instalment of his favourite novel series, he’ll have to get her out of her slump. Would you believe that this show is actually worse than it sounds? Click the review to find out. 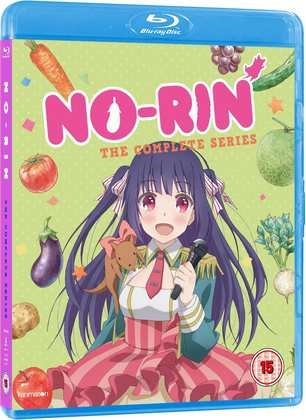 Next up it was No-Rin, a show about a pop-idol who quits showbiz to attend an agricultural school, after an obsessive fan sent her tasty produce that he grew there. Actually it’s not so much about the pop idol as it is about the obsessive fan. Actually, I’m really not so sure what No-Rin is all about. It’s saucy comedy antics set amongst fields and fertiliser with a cast of over the top characters, but all I can say is that if you were hoping for something akin to Silver Spoon, you’ll be sorely let down. 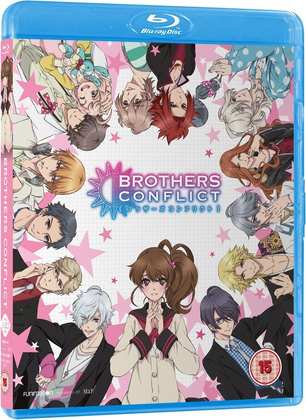 My suffering continued with Brothers Conflict. A teenage girl’s father remarries, and she suddenly finds herself living with thirteen brothers, all of whom fall in love with her. That’s where I should have switched off, pulled out the shotgun and gone clay pigeon shooting with the discs. But no, I actually sat through all the episodes to learn that Brothers Conflict isn’t as prurient as that. It’s far too bland. 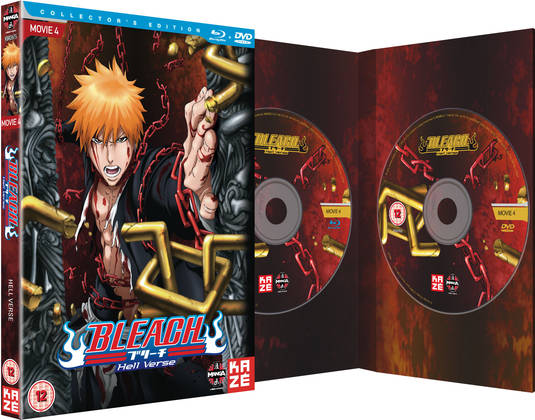 Bleach The Movie 4: Hell Verse. If this past week hasn’t sworn me off anime, nothing will. You might think that Bleach The Movie 4 would have been a bright spot in amongst the clouds of mediocrity. Certainly when I reviewed it, I lauded it for its economy of script, the way that it distilled Bleach’s shonen precepts into a perfectly formed, 90-minute action movie, with no fat, no dead-weight whatsoever. It gave you a story, characters to get invested in, and it was done and dusted by the end credits. Ichigo Kurosaki goes to Hell to rescue his sister from a group of the damned that want to escape purgatory using Ichigo’s Soul Reaper abilities, only their plan threatens the whole world by tipping the balance. But I also wrote that “It’s a Bleach movie purely for the Bleach fan”. I merely re-affirmed last week that I am not a fan of Bleach, when I fell asleep during this film’s really good bit!

Kazé Entertainment released Bleach the Movie 4: Hellverse on DVD and on Blu-ray back in 2013, and it is already out of print. Here's my far more positive review. You’re going to have to look at second hand listings for the movie, or import it.

Funimation released No-Rin on Blu-ray on February 27th. They also released Brothers Conflict on Blu-ray on March 6th. I imported Dog & Scissors from Australia, where Madman Entertainment released it on DVD back in 2015.