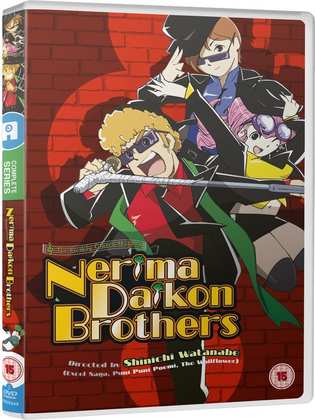 Happy New Year! And let’s face it, following the previous year, we definitely need something to kick off 2017 with a smile on the face, and with hearts uplifted. Nerima Daikon Brothers might just be the ticket, as it’s another comedy from anime mirth-meister Shinichi Watanabe, a.k.a. Nabeshin. This one’s a little special though, as when he created Nerima Daikon Brothers, he created the world’s first (to my knowledge) anime musical series. This is an anime show with singing and dancing, owing more than a little to the Blues Brothers. The Nerima Daikon Brothers have a dream, of performing in a massive, packed out concert dome. But all they have is a rickety hand-built stage in their daikon radish field. To make their dreams come true, they need a lot of money, and so their mission (from God) begins! 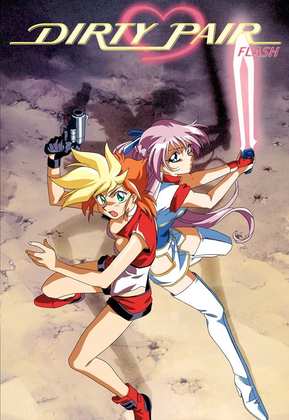 Dirty Pair Flash. Ask any Dirty Pair fan and they’ll talk disparagingly about the 90s reboot of their favourite 80s show, calling it a stain on the reputation of the original Dirty Pair anime and its movie spin offs. It’s a good thing then that I’ve never seen Dirty Pair. My only exposure to the adventure of Kei and Yuri, the so called Lovely Angels has been through the Dirty Pair Flash show, and I love it. It’s from that period of anime that first hooked me, the early to mid nineties, and its blend of sauciness, silliness and sci-fi action is a whole lot of fun. Kei and Yuri are galactic trouble-shooters or trouble consultants that get sent on missions that simple local law enforcement can’t handle. Yuri is the vain self-absorbed one who would much rather spend her time dating, while Kei is the tomboy-ish trigger-happy one who will shoot first, and leave someone else to question the corpse. The sixteen episodes are split into three mini-series, the first looking at how the two reluctantly started working together, the second sees them on a world turned into a theme park, recreating 90s Tokyo for some retro nostalgia, while the third is a collection of stand-alone stories.

Dirty Pair Flash is daft, entertaining fun, once you get round the idea of the central pair leaving so much collateral damage, death, and destruction around them, that they’re more lethal than the foes they face. It was originally released in the UK by ADV on three volumes, but by the time I got round to collecting them, they’d been long since deleted, and I never managed to find the first volume, although a quick search of Amazon reveals that the ADV discs are now available second hand and in a couple of cases new as well. Fortunately Nozomi Entertainment rescued the license and released a re-mastered version of the show in 2012, and that is still available for import as new. Here’s my review of that complete collection.