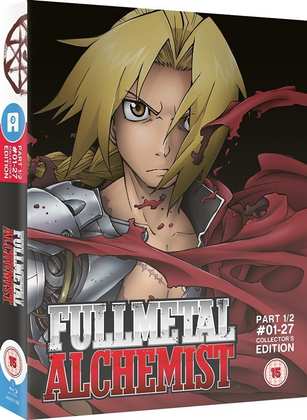 Would you believe that I have seen the original Fullmetal Alchemist six times now, the last time barely two years ago? There’s an argument that familiarity breeds contempt, or conversely that you lose all objectivity with the things that you love the most. That could be the reason why I passed the Blu-ray check discs for Fullmetal Alchemist: Collector’s Edition Part 1 to Stuart McLean, but the truth of the matter is that I have the behemoth of the Ultimate Edition on my shelf, and I’m just waiting for the free time to watch it again, for the seventh time. Fullmetal Alchemist is one of the best anime that you’ll see, the epic tale of two brothers, who dabbling in alchemy, break the ultimate taboo in a failed attempt to resurrect their late mother, and Edward Elric winds up losing his limbs while younger brother Alphonse is totally disembodied. The story follows them in a fictional alternate Europe as they search for a way to restore their bodies. This is the first attempt to tell the story, before Hiromu Arakawa’s manga was complete, and it has a completely anime original second half and ending. And heresy of heresies, I believe it’s even better than the brilliant and faithful subsequent Brotherhood adaptation. Read Stuart’s review to see what he thinks. 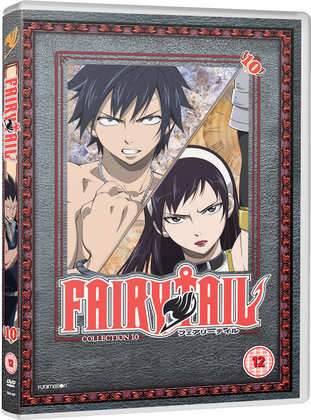 My first review of the week was for Fairy Tail: Part 10. Fairy Tail makes its return to the UK after nearly two years absence, following a disappointingly lacklustre damp squib of a final release from Manga Entertainment. This time it’s Funimation who are bringing the series directly to the UK, and some may feel the lack of Blu-ray. I on the other hand was feeling the lack of continuity, having to play catch up with the story and the characters after two years, feeling a little lost with the whole thing. To my surprise, it didn’t take long for me to get back into the Fairy Tail groove, and to my even greater surprise, this turned out to be the best volume of Fairy Tail so far. 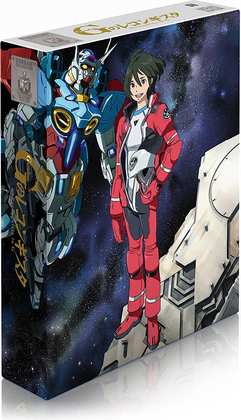 If there’s one thing that UK anime fans have been voluble about, it’s the relative paucity of Gundam releases here. There have been loads in the US since it was re-licensed for release, but we in the UK have only had the original Mobile Suit Gundam thus far. Well, not to worry as there is more giant robot action here at last in the form of Gundam Reconguista in G. Only this might not be the Gundam that you’re looking for. The creator of the show Yoshiyuki Tomino returns to reboot the franchise, giving it a Next Generation feel by setting it a thousand years after the Universal Century era. There’s none of the baggage of the old, only the wealth of that mythology to build on, but while the show looks fantastic, it has more than few issues. Click on the review to see just what they are. 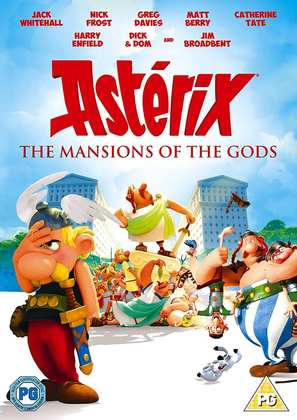 Let’s step away from Japanese animation for a moment, and head westwards, as to close off the week, I took a look at the French animation, Asterix: The Mansions of the Gods. I’m an Asterix fan of old, although I have usually been disappointed by the animated versions of the books, which lacked the energy, wit, and satire of the graphic novels. The Asterix animations have finally caught up with the 21st Century, and this time the animation is 3D CGI, and that makes half of the difference. The other half comes from the novel that they adapt, as The Mansions of the Gods is one of the most blatantly satirical of the Asterix stories, and try as you might, you can’t lose all of that in translation. 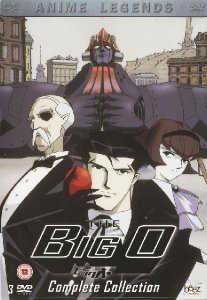 The Big O. I initially had a big problem with giant robot anime, not helped by the Saturday morning Power Rangers slot. There’s only so much you can take of giant robots fighting each other with an episodic regularity, and a city getting trashed each week. It took a while for me to get on board with the genre, and that was helped by shows that offered character, nuance and dimension beyond the basic giant robot clichés. You can’t get more dimensioned than The Big O, which has an animation style that owes a lot to Batman, a theme song that blatantly plagiarises Queen, is infused with oodles of film noir, and has a city-wide amnesia back-story that makes each episode a compelling watch. This is one of those shows that didn’t quite make a hit in its native Japan, but on the strength of its US popularity alone, it got a second season commissioned.

The Big O got an Anime Legends release from Beez Entertainment back in 2010, and despite that company’s closure, and the Sony DADC fire in the riots that wiped out much of their inventory, you can still pick up a copy of The Big O from that South American river of an e-tailer, although it does seem a little hard to find elsewhere. Second hand might be a better bet. Unfortunately Season 2 was never released here in the UK, and it too is deleted in the US. You’ll have to look around to complete the collection. Here’s my review of that first series to be getting on with.