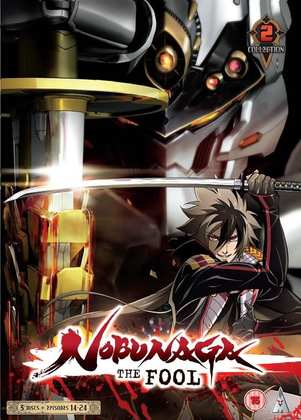 Three reviews plus the usual re-watch post this week, taking us from the ridiculous to the sublime and back again. You can’t get much more ridiculous than Nobunaga the Fool: Part 2. Let’s face it, the clue’s in the title. It’s a historical mash-up of the Japanese Warring States period, with basically everything in Western history, all set in a distant future across two worlds, with giant robots. It should be fantastic, but in execution it fall short, with a lot of wasted opportunities. Click on the review to see just why. 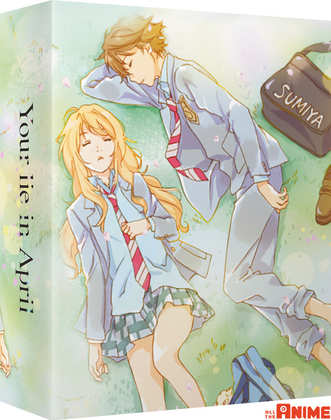 I went from what’s probably my least favourite new series of the year to my most favourite, with the UK debut of Your Lie in April: Part 1. It’s a case of visuals, story, characters, and music coming together in a stunning way to deliver an unparalleled anime experience. It’s a coming of age comedy drama set in middle school, and focusing on the lives of two promising classical musicians. Only the pianist stopped playing after his mother died, while the violinist has a flamboyant and free-wheeling spirit that doesn’t win too many prizes. This is a show with great music, and stunning animation, and no little romance as well. 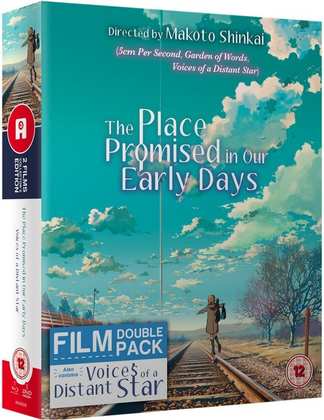 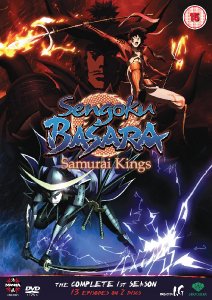 Sengoku Basara: Samurai Kings. Back to the ridiculous again, only this time this it is the right kind of ridiculous. We’re back to the Warring States period of Japan, given a videogame anachronistic makeover, focusing on Date Masamune, and vassal of Takeda Shingen, Yukimura Sanada as their rivalry erupts on the battlefield, while Japan’s warlords vie for supremacy. Only they have to put that rivalry aside when the Devil King Nobunaga Oda unleashes his dark designs on the nation. Comparing this show’s Nobunaga to that first show’s Nobunaga is like comparing a sabre-toothed tiger to a newborn kitten. You have to be in the mood for Sengoku Basara, but taken in the right way, its ridiculous action sequences, and scenery destroying voice actor performances are an absolute hoot. There’s more testosterone here than the All Blacks rugby team!

I couldn’t find a trailer for the superior first season, so you get Season 2’s trailer instead. Manga Entertainment released the Sengoku Basara anime franchise in the UK starting in 2010. The first season got Blu-ray and DVD releases, but Season 2 was DVD only. There was subsequently a season 1 & 2 collected DVD release. The Last Party movie spin-off got a Blu-ray/DVD combo and DVD only. The confusing formats are a bit of a pain, but all are still available in UK retail. If you want season 2 on Blu-ray, the US release is purportedly Region B compatible (The US Season 1 isn’t). Here’s my review for Season 1.

MVM release Nobunaga the Fool: Part 2 on DVD and on Blu-ray today. Anime Limited released Your Lie in April: Part 1 on Blu-ray on November 14th, while the DVD comes out today. They also released The Place Promised in Our Early Days/Voices of a Distant Star Twinpack, Blu-ray DVD combo last Monday.