The weekend just gone saw an MCM Comicon unleashed on the unsuspecting populace of Scotland, and being local boys, Anime Limited had a big presence. They also had a big announcement. They’re releasing Outlaw Star on Blu-ray on December 5th this year. Outlaw Star was one of their first releases, as they brought the re-mastered DVD release to the UK to replace the ropy Beez release. I’ve reviewed it for the site here if you want to know more. Timing being the devil that it is, their DVD release coincided with the Japanese Blu-ray release, which set off all kinds of fan questions, questions that were finally answered this weekend with the announcement of the Collector’s Edition Blu-ray complete with 100-page book. You can read more at Anime Limited’s blog. Given that Outlaw Star is an old fashioned, cel and paint production, physically shot on film it ought to look spectacular on Blu-ray. Hell, it would benefit from a 4k UHD release, but let’s not get ahead of ourselves. 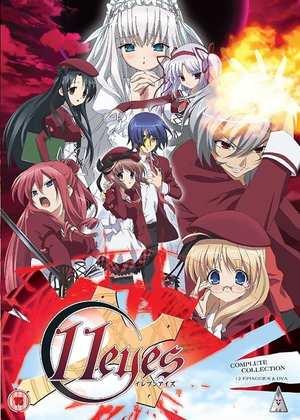 It was a full week of anime reviews as well, beginning with the 11 Eyes: Collection. It’s another show that’s based on a videogame, although it doesn’t tell in the story. School kids are being pulled into a parallel world, where they have to fight to survive against shadowy demons and dark knights. Fortunately they have innate special abilities to help them fight. And it’s all tied into the tragic past of the orphaned protagonist. 11 Eyes isn’t too hot with the production values, while its uneven tone, mixing dark and tragic elements with comedy and fan service can be a bit of a chore. But there is some promise at the heart of this show. Click on the review to read more. 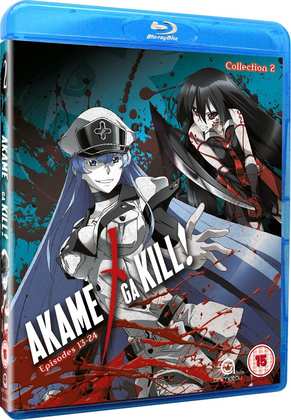 Next up, it was Akame ga Kill! Collection 2. Talk about uneven tones! This is one show that also awkwardly mixes fan service and comedy, with dark toned and tragic storylines, but it’s a lot more successful at it, not least because of the robust production values. An adventurer named Tatsumi got drawn to the dark side when he fell in with Night Raid, a group of assassins. But these assassins have a noble goal, the overthrow of a corrupt Empire. The problem is that they have equally powerful foes standing in their way, complicated by the relationships between them. It’s not easy when a ruthless, mass killer falls head over heels in love with you. 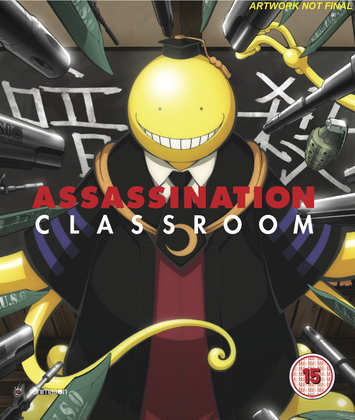 There’s nothing uneven about Assassination Classroom Season 1 Part 2, which concludes the first season. It has to be one of the most original mainstream anime shows I have seen in a long time, where a ‘remedial’ class are tasked with assassinating their teacher, before he can destroy the world. One of the problems is that he’s blindingly fast and elusive. The second is that he’s a genuinely nice guy... well, nice tentacle moon-faced monster, and he’s the best teacher that they’ve ever had. This second half of season 1 sees them get as close as they’ve ever been to succeeding, before trouble strikes from an unexpected quarter. Click on the review to see why this one is worth buying. 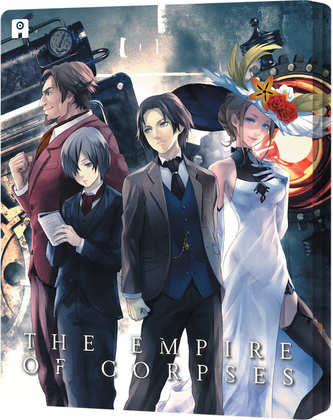 Finally it was the turn of Project Itoh: The Empire of Corpses - Collector’s Edition. Project Itoh was an acclaimed SF author who tragically died at a young age. The people behind noitaminA chose to adapt three of his novels into feature films, and The Empire of Corpses is the first to get a UK release. It’s a steampunk horror movie that posits a world where Frankenstein succeeding in creating his monster, and the technology of revivifying the dead proliferated thereafter. Frankenstein alone was able to imbue his creation with a soul. Every resurrection since has resulted in a mindless drone fit only for menial tasks, or as cannon fodder on the battlefield, with the recreation of the soul deemed taboo ever since. John Watson is caught trying to break that taboo, and as a result gets sent on a mission to find and retrieve Victor Frankenstein’s writings. Click on the review to see why the description is more enticing than the actual film. 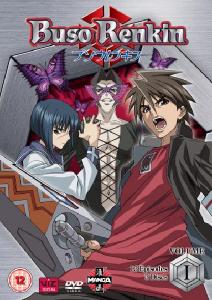 Buso Renkin. Have you ever been tempted to watch one of those long running shonen shows but were daunted by the sheer length? Getting near to a thousand episodes of One Piece, over 500 Naruto episodes, over 300 Bleach episodes, and hundreds of Dragon Ball episodes, you’d be forgiven for eschewing the whole thing as a burdensome waste of time, with no satisfaction guaranteed. It’s easy to get trapped in the whole cycle of fights and tournaments with no end in sight, and then there is the dreaded filler. Buy Buso Renkin, as it’s a long running shonen action show, featuring all the tropes and clichés, the character archetypes, the story-telling style and structure, but all squeezed into just 26 episodes. A teenaged protagonist gets in over his head and dies rescuing a girl battling a monster. She brings him back to life, and he joins her fight, discovering a new world of alchemy and homunculi. It sounds like a cross between Shakugan no Shana and Full Metal Alchemist, but really it’s not that good. It is a fun, shonen action show that goes through the fights and levelling up routines, but packs it all into 26 episodes with no need for flashbacks or filler. It’s cast with colourful characters, has a robust story, although the only weak-point is the single-note blandness of the show’s protagonist, Kazuki Muto. He missed out on the personalities that were written into the other characters. But it has a fantastic opening theme song from a Japanese Queen tribute act.

Buso Renkin was released in the UK by Manga Entertainment in two parts on DVD in 2008, subsequently followed by a complete collection. Here’s my review of Part 1. You might be able to find a new copy here or there (there are a few part 1s on Amazon) but you’re more likely to have better luck sourcing second hand copies. Viz Media released the show in the US, and their Region 1 locked discs are still available for import.

MVM released 11 Eyes on DVD last Monday. Animatsu release Akame ga Kill! Collection 2 on DVD, Blu-ray and Deluxe Blu-ray today, while All the Anime release Assassination Classroom - Season 1 Part 2 on Blu-ray and DVD today, along with Project Itoh: Empire of Corpses - Collector's Edition on Blu-ray DVD combo and on DVD. Note that Assassination Classroom’s Blu-ray ran into a snag at the last minute, and while it should have made its release date today, some e-tailers may be a few days late in fulfilment. The DVD is unaffected.