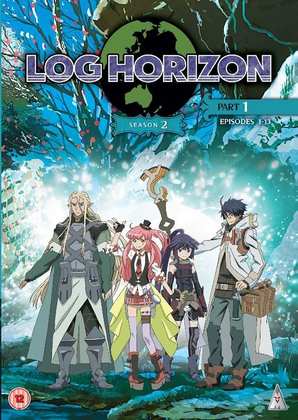 Happy Bank Holiday people! Of course I didn’t realise till half the day had passed, so I was keeping a futile eye out for a postman bearing review discs... My disappointment contained, on with last week’s reviews, which began with Log Horizon Season 2 Part 1. The ‘trapped in an online game’ anime returns with its second season, and it’s all systems slow? Log Horizon’s first season impressed with its world building and focus on community, even with its slow, measured pace, but with its second season, the pace slows even more, and things get more measured. See the effect that has by clicking on my review. 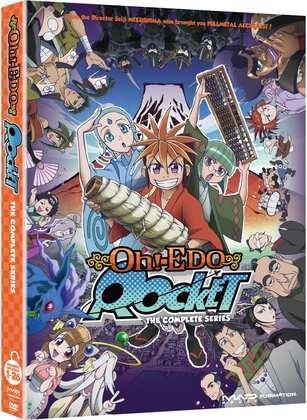 Next up was the review for Oh! Edo Rocket: The Complete Series. This wacky, anachronistic comedy about a 19th Century Japanese space race comes from the director of Full Metal Alchemist, and it’s based on a stage play of all things. An alien is stranded in isolationist Edo, and seeks the help of one of the city’s master fireworks makers to return to the moon. The only problem is that Edo is going through an austerity drive, no fun allowed, and particularly no fireworks. If like me you want something different and unique from each anime that you watch, you should click on this review. And the theme song is devilishly catchy. 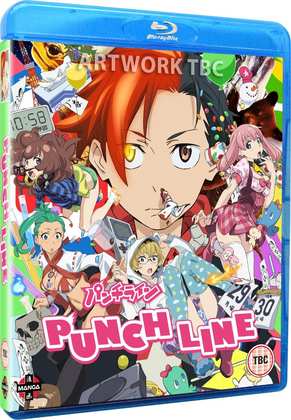 The biggest surprise of the week came from Punch Line: Complete Series. You’d be forgiven for thinking that it’s a fan service show, with the prevalence of lingerie on young females, and a young male protagonist prone to nosebleeds, and with the kind of camera angles that would get you arrested if you tried them in live action. But Punch Line’s perverted imagery only thinly veils a great sci-fi storyline, a time-twisting narrative with engaging and entertaining characters, and an end of the world scenario. Put aside your preconceptions about this show, as it’s a pleasant surprise. With panties. 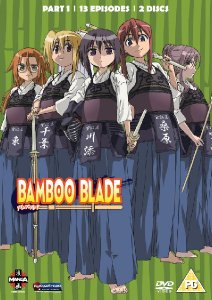 Bamboo Blade. This has been the year of the sports anime in the UK. In comparison with the amount of sports anime produced, that isn’t saying much, but in 2016 we’ve seen the volleyball series Haikyu, we’ve seen Ping Pong, and later this month we’ll see the swimming anime Free! When you consider that prior to this, you could count the number of sports anime released in the UK on the fingers of one... finger, that’s practically a glut! Unless you count the illegal street racing anime Initial D, which was cancelled after one release, the only sports anime I can think of that was released in its entirety was Bamboo Blade, a show about the noble sport of kendo. A school kendo club’s fortunes flag until its lackadaisical teacher agrees to a bet, with food on the line. That’s enough to inspire him to build up the girls’ team, and an unconventional group it is. But it all centres around one of my favourite characters in anime, the diminutive Tamaki Kawazoe. In a medium replete with short, quiet and cute girls, she is the epitome of the archetype, soft spoken, shy and retiring, except when she’s holding a shinai (the bamboo blade), in which case she’s the strongest fighter in the club, including the instructor. She’s also a total otaku in her spare time, prioritising the recording of her favourite anime above all else. Bamboo Blade is a wonderful blend of sports and slice-of-life comedy, and very much a feel good show.

Manga Entertainment released Bamboo Blade on DVD back in 2010/11, and subsequently released a complete collection as well. Here’s my review of Part 1 if you need more convincing. You can still get it from UK e-tailers, and it’s well worth a watch.

MVM will release Log Horizon Season 2 Part 1 on DVD and on Blu-ray next Monday, September 5th. Funimation released Oh! Edo Rocket: Complete Series on DVD back in 2012, and it’s inexpensive to import even now following the post-Brexit currency crash. Punch Line: Complete Season 1 Collection comes out on Blu-ray and on DVD today courtesy of Animatsu.