Isn’t it always the way? A distributor sends out a few social media messages, updating fans on release dates, and they sneak in a few previously unannounced titles as well. MVM had made some noise about bringing Chobits, Serial Experiments Lain, and Tenchi Muyo to Blu-ray, and last week they went about adding some release dates. With the Chobits Blu-ray release date (10th October), they also added dates for the Blu-rays of Berserk (21st November), and Ergo Proxy (12 December). While Chobits is an upscale of an SD source, Ergo Proxy was one of the earliest anime to be created in HD, while Berserk is a traditional cel animation which is perfect for HD. And yes, I whimpered.

Then MVM updated us on the release dates for Photo Kano (7th November), and Sakura Trick (5th December), and also threw in the brand new licence of Nobunaga the Fool (17th October). They’ll be getting the DVD and BD treatment of course, as they are recent shows.

Remember when I reviewed this, I made some noise about getting the wrong discs, no menus and dub only. This is where you pile curses on the work experience guy, as Box Set 25 has been delayed yet again, this time to September 19th. And yes, some of the defective discs have escaped into the wild, and you might be getting them soon if you pre-ordered. You should be able to send them back to the e-tailer for a replacement. And yes, ostensible work experience guy... You had one job to do... 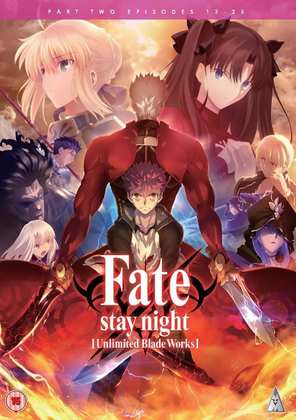 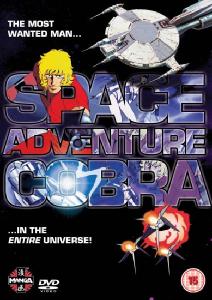 Space Adventure Cobra: The Movie. I like my sci-fi, and I also like a bit of classic anime, back from when men were men, women were women, and robots were robots. The Space Adventure Cobra movie is a grand space opera given a surreal and psychedelic twist, with a story all about love. Cobra is the galaxy’s most wanted, a cigar chomping hero who is basically ambulatory testosterone. He gets involved with three sisters, destined to be the queen of a mythical planet, and whose destiny will be fulfilled if they fall in love with the same man (as in this universe, love is power). Cobra is that one man, only things get complicated when one sister falls for Cobra’s nemesis, Crystal Boy, the creepiest villain in anime.

It’s one out there premise, and it certainly doesn’t pull any punches. We only got the movie, but the French love Space Adventure Cobra. They even have the series on Blu-ray. Check out the trailer.

We on the other hand got the only movie in the UK from Manga Entertainment, and only on DVD at that. Worse, it’s a letterbox transfer with zoom unfriendly subtitles, so you’ll be watching it postage stamp style if you prefer the original language. Here’s my review. Manga’s release came in 2008, and it is still available from e-tailers today.