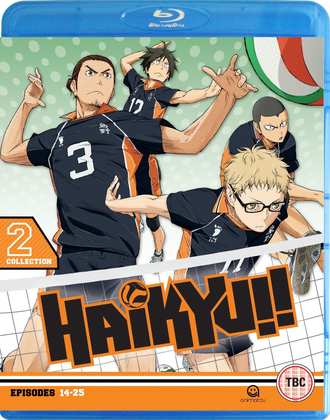 There was only the one anime review last week, although it was certainly a delectable one. I took a look at Haikyu!! Season 1 Part 2, a rare sports anime in the UK. Animatsu have certainly picked a good one though, coming from the capable hands of Production IG, and featuring a sport that anyone can follow, even if it doesn’t make the top-notch PPV channels. Volleyball is a fast and energetic game, and this anime certainly brings that across. It also has some great characterisations, and as becomes apparent in this collection, it’s detail oriented and in for the long haul. We get 12 episodes of Volleyball tournament here, with hardly any off-court distractions. Watch the first season of Haikyu, and you’ll be pestering them for more! 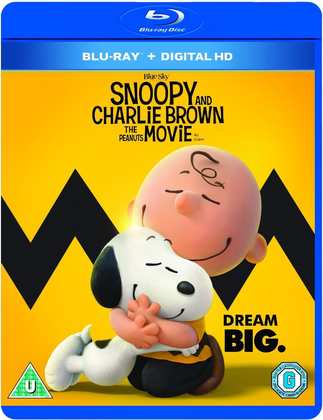 If you want to step away from the world of Japanese animation and try something a little more western, then you can’t go wrong with Snoopy and Charlie Brown: The Peanuts Movie, although I am biased. I did think they had committed the cardinal sin of going 3D, as so many cartoons do these days, but they managed to do it while still retaining the unique character of those early 2D Peanuts cartoons. It’s a classic tale of Charlie Brown finding his inner strength of character when the Little Red Haired Girl moves into town, and finding the gumption to impress her, despite being an eternal loser. Fortunately he has the help of his trusty beagle, Snoopy. 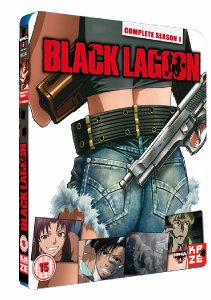 Black Lagoon. Just how cool is this show! I’m watching it for the fifth time now, the second time on Blu-ray, and it is just brilliant. Recent years have given us the Expendables franchise as aging veterans of action cinema relive past glories, but nothing captures the insane glee, and over the top violence of eighties cinema in quite the same way as Black Lagoon. It’s the kind of show that has you grinning like an idiot from beginning to end, and it still has time to throw in a few messages, and do some insightful character development. And in its two-fisted shooting icon Revy, we have a female anti-hero beyond compare. A mild-mannered salaryman, Rokuro “Rock” Okajima is sent on assignment to the South China Sea, but the documents he is carrying are in big demand. When he is captured by the Lagoon Company, comprising Vietnam vet Dutch, hacker Benny, and Revy, his company disown him, leaving him to his fate. He winds up signing on with the Lagoon Company, but he isn’t prepared for the hell that he has chosen to live in.

Black Lagoon was originally released in the UK by MVM over six DVD volumes. They are well and truly deleted, but if DVD is your format of choice, it might be worth your while seeking out the discs second hand. Because for Black Lagoon’s licence rescue and second release, it fell to Kazé, and on top of their usual issues, the extras are missing. But Kazé gave the show its Blu-ray debut, and despite the lack of 5.1 audio and the extras, their Blu-rays are surprisingly watchable, with few problems with subtitling either. Here’s my review of Season 1. Of course Funimation’s Blu-rays are better specced, but are locked to Region A. Kazé also released the OVA, Roberta’s Blood Trail on Blu-ray and DVD, and all of these are still available to buy in the UK.

Animatsu released Haikyu!! Season 1 Part 2 on DVD and on Blu-ray on July 4th. 20th Century Fox released Snoopy and Charlie Brown The Peanuts Movie on Blu-ray, 3D Blu-ray and DVD on May 30th.