A Taste of the US Anime Expo

I had a full load of anime reviews this week, so full that I can hardly spare the batteries in my keyboard to mention the US Anime Expo, where Code Geass finally got its Blu-ray announcement, as did Martian Successor Nadesico, where Ghost in the Shell 2 Innocence got license rescued, Full Metal Alchemist Brotherhood returned to streaming, where Daisuki announced a rather ill-advised subscription tier, and where Crunchyroll announced a physical release label with titles like Gintama, Twin Star Exorcists, Berserk, and Free! You can find out more at the usual anime places such as UK Anime Network. 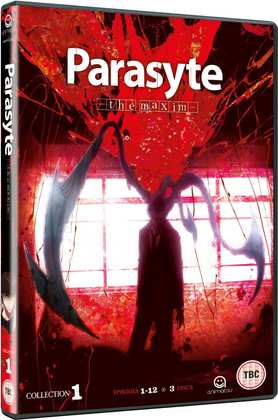 When it came to reviews, I began last week with Parasyte the Maxim: Collection 1. You might recall that I recently reviewed the Parasyte movies, and the tale of a boy, who through sheer serendipity winds up with a sentient parasite inhabiting his right hand, where all other victims have their brains subsumed completely, and who with this new symbiotic relationship with Migi has to fight to protect the human race against the invaders, will all be familiar. In fact I did find the opening episodes of the anime tedious, as they covered much the same ground. But Parasyte is a 10-volume manga series, and there a lot more material than can easily be adapted to two movies. It isn’t long before the anime broadens its scope much wider than the films when it comes to characters and story. 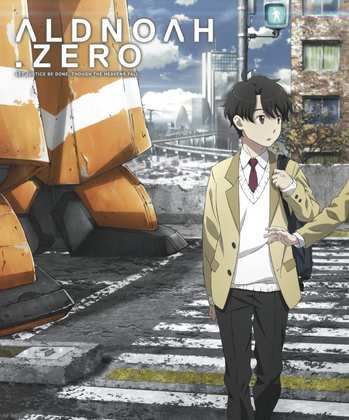 Next it was the turns of Aldnoah.Zero Season 1 Collector’s Edition, a show that comes to the UK with no little hype behind it. It’s the next ‘big thing’ in a long line of big things, shows looking to exemplify their particular genre. This time it’s the giant robot scene, mixed with interplanetary war and internecine politics. It’s treading the same kind of water as Gundam and Code Geass, and with this first collection of episodes, the jury’s still out as to whether it’s in the same league. It is fantastically animated though. 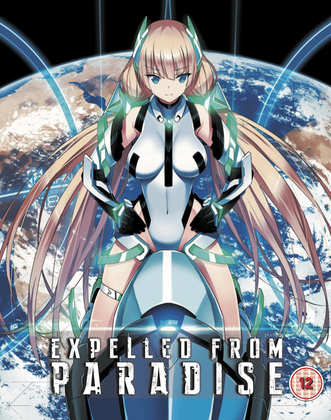 Aldnoah.Zero’s writer Gen Urobuchi also turned his prodigious talents to Expelled From Paradise Collector’s Edition, and there’s no doubting the quality of this feature film. We’re in hard sci-fi territory, a mix of Blade Runner and the Matrix, as we explore a future world devastated by a catastrophe, where the majority of humanity live out their lives as digital intelligences aboard an orbiting mainframe, and where their idyllic lives are being disrupted by a hacker in the ruins of the planet, promising a different way of life. An investigator named Angela Balzac gets a newly cloned body and sent down to Earth to track the hacker down. 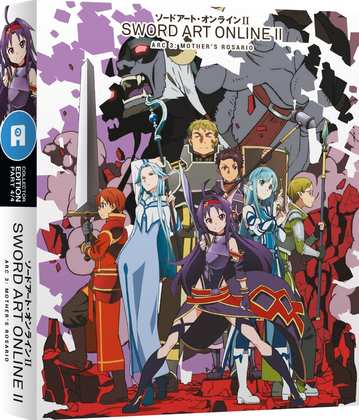 The last new review of the week was for Sword Art Online II Part 4, the concluding instalment of the second season of the fan favourite online RPG anime. I on the other hand am less of a fan of Sword Art Online, and when this final Mother’s Rosario arc commenced in Part 3, I worried that it was going the same way as the pitiful ALFheim arc from Season 1. I needn’t have worried, as in Part 4 it actually turned out to be the best of Sword Art Online for me, as it takes its fanciful conceit about full immersion virtual reality, and makes it work in a real world setting, dealing with the issues of practicality and logic that always make it so hard for me to appreciate this particular genre of anime. On top of that it tugs at the heartstrings and elicits a few tears in the most emotive story arc yet. Click on the review to read more. 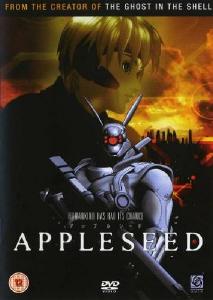 Appleseed. In the week that I watched Expelled From Paradise, a 3D CGI anime, cel-shaded to give a pseudo 2D appearance, I decided to take another look at one of the first feature films to be made using that technology. What a difference 10 years makes! The Appleseed movie was made in 2004, and while Expelled From Paradise can look wholly anime-like at times, its CG nature fading to the background, there’s no escaping that in Appleseed. Watching it today, it just looks like a 2-hour videogame cutscene. It’s a stunning, and cinematic cutscene, but its technology does get in the way of the story for much of the film, and you wind up remembering the cool bits of action, and not the actual storyline. It’s an overly convoluted story at that, one that drags for the most part. It’s set in a post-apocalyptic world where the survivors of humanity’s last great war have found a peace in a utopia called Olympus, where they live side by side with the new bioroid race, their lives controlled by an all powerful computer. But there are those who object to this new world and will do whatever it takes to change it. The key to the future lies with a soldier named Deunan Knute, and soon she’s a target.

Appleseed was released in the UK on DVD in 2005 by what was then Optimum Entertainment (now Studiocanal), and it’s still readily available on retail. Here’s my review of that disc, and given that review and how I feel about it now, it’s clear that Appleseed hasn’t aged well. It’s subsequently had a Blu-ray release in the US from Sentai, and if you can spin Region A discs, that’s an option worth considering, especially getting the movie’s awesome soundtrack without PAL speed-up.