It’s usually the way, that the days and weeks following an MCM Comicon see social media sites filled with tweets and posts from anime distributors that have details to clarify about announcements, or new announcements to make of titles whose licenses were yet to be confirmed. Indeed Manganimatsu’s Jerome Mazandarani did promise a few more titles in the weeks after expo, but the first additional license actually came from MVM, and not from an announcement, rather spotted by an eagle-eyed shopper on their retail website.

MVM are bringing the original Fate/Stay Night to the UK on Blu-ray, and it will be out on August 1st this year. Given the 2006 vintage of the show, it will most likely be an upscale, but it does mean that the entirety of the Fate franchise will be available in High Definition in the UK. That kind of thing matters to collectors. 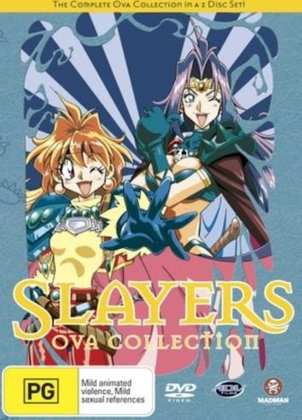 Last week’s anime reviews kicked off with the Slayers OVA Collection. With these discs, I finally accomplished my trek through the whole of the Slayers franchise, featuring an unconventional sorceress and her friends as they parody their way through a whole host of D&D style adventures. A few weeks ago, I took a look at the movie collection, which took us into prequel territory, back when an inexperienced Lina Inverse adventured with the flamboyant sorceress Naga the Serpent. It offered a different, more naive side to the character, and a different character dynamic from the series, but it was still hilarious. The OVAs distil that hilarity into half hour chunks and are even better. 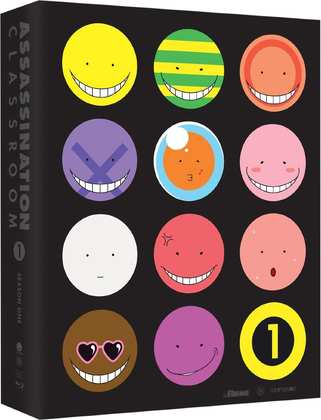 Next it was the turn of Assassination Classroom: Season 1 – Part 1, a show which I knew absolutely nothing about when I got the check discs, although I had more than a few preconceptions based on the name and the key art. Those preconceptions were shattered by a refreshing and entertaining show about a class of loser students who have to kill their teacher before he destroys the world. The first problem is that he’s extremely elusive and hard to kill. The second problem is that he’s the best teacher that they’ve ever had. It’s an unlikely premise, but in this first part of the series it comes across brilliantly. 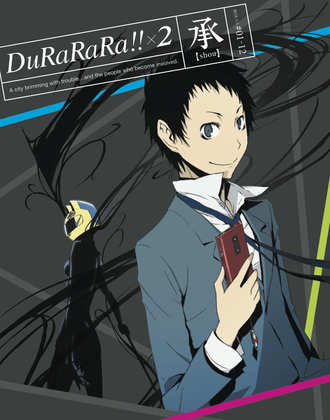 I know more about Durarara!!, and after season 1, I had more than a few high expectations of a sequel, perhaps too high when I looked at Durarara!! x2 Part 1 last week. You have the familiar characters return, but the character count doubles up with all the new ones added into the mix, and unlike the first series with its relatively contained story arcs, this second season is playing the long game, developing its narrative over the full 36 episode run. So while there is much to appreciate about Durarara!! x2 Part 1, it doesn’t quite satisfy in the same way. Click on the review to see why. 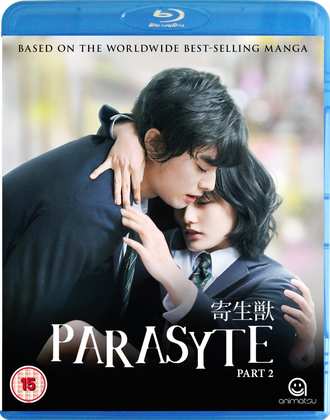 If live action is your preference, or if you just want a break from all this anime stuff, then you might want to take a look at Parasyte Part 2. Part 1 came out a couple of months ago, telling the first half of an alien parasite invasion story, parasites that invade and subsume their hosts, taking over their bodies to hunt and feed on humans. Only one parasite failed in his mission to take over his host’s brain and took over his hand instead. The resulting symbiotic relationship might just be the one hero able to save the world from the other parasites. Part 2 picks up where the first instalment left off, leading to a powerful climax. 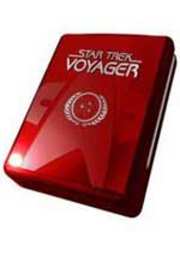 Star Trek: Voyager! Yes really. I spent much of last year reacquainting myself with Deep Space Nine, replacing my VHS tapes with DVDs, and I had a great time with a series that has only improved with age. Next on the list is Star Trek: Voyager, only I never liked that series enough to get it on disc. Back when I was a committed Star Trek fan, I’d buy anything with the name Star Trek on it without a second thought (I really should have been committed for my own sanity), and I bought all of Voyager on VHS. It took Nemesis and Enterprise for the truth to sink in; that Star Trek had really declined. But... Voyager is next after Deep Space Nine, and I am throwing those tapes out regardless. What’s one final watch before dumping them going to hurt? I have actually pulled out an old VHS deck (it doesn’t fast forward or rewind any more, but it does still play), and I’ve hooked it up to the TV to get one final watch of Star Trek Voyager.

The first thing I learned is that if they hadn’t invented the DVD, there would be class-actions against many studios right about now. Blank videotapes from companies like Scotch,TDK and Memorex were pretty good, made from strong, long-lasting components. I still have a few blank tapes that work just as they did thirty years ago. You can feel the weight and strength in them. But for pre-recorded tapes, the studios went to the lowest bidder and used really cheap and flimsy tat. The lubricant has long dried out now, and a lot of pre-recorded tapes just squeak or even stick in the player. I’ve had a couple of Voyager tapes that just didn’t play. As for the show itself, it is dumb fun at times, but it is an utter mess of a show, one that jettisoned its premise at the end of the very first episode. It was supposed to be a Starfleet crew and rebel Maquis crew forced to work together to get home after being stranded at the other end of the galaxy, conflict all the way. Only by episode 2, they are best friends. They have limited resources, but Chakotay destroys a shuttle every other episode. The ship gets the crap kicked out of it each week in a battle, but it’s bright and shiny, brand new the following week. It seems each story ended with a reset button. And then in season 4, when ratings continued to drop, they brought in the Borg totty. Star Trek Voyager is a bad show, but it’s addictively watchable at the same time. If you want it, DVD is your logical choice; here's a review for Season 2 from Mark Oates, although if you’re daft enough to want the whole thing on poor quality videotape, check a skip, landfill, or e-bay; people have been trying to get rid of their collections for years now. But I have to admit, there’s something perversely nostalgic about watching a videotape in 2016.


All the Anime a.k.a. Anime Limited released Assassination Classroom - Season 1 Part 1 on Blu-ray Collector’s Edition on May 30th. Its DVD release will be out on June 20th. They released Durarara!! x2 Part 1 on DVD and on Blu-ray Collector’s Edition on May 30th as well. Animatsu release Parasyte Part 2 on Blu-ray and on DVD today. I reviewed the old Madman Entertainment release of the Slayers OVA Collection, but it’s been deleted. It was released in all English speaking territories, and second hand is your best bet now.