Familiar of Zero Season 4 is Confirmed

The one problem with licensing long running anime franchises, is that you engender expectation in customers. If you get one part out, they expect the rest to follow suit. That isn’t always possible, with licensing rights, and even production companies shifting from season to season, and it isn’t unusual for different seasons to be released by different companies, or bits left out altogether. MVM were pretty solid when it came to the Familiar of Zero franchise, releasing the first season, and then following it up with the second and third seasons when they became available. But Season 4 seemed a little lost in the wind (it was released out of chronological order in the US). The wait is over, as The Familiar of Zero F will be released in the UK on the 9th of May on DVD and Blu-ray. The wait for Shakugan no Shana Season 3 continues... 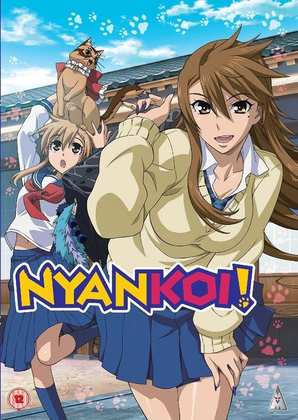 Three anime reviews for you last week, beginning with Nyan Koi! Collection. Nyan is onomatopoeic Japanese for ‘Meow’ while Koi means love. You might be expecting a show about those batty, little old ladies that live with hundreds of cats, and wind up getting eaten by them when they die. Just me? This is actually a very comfortable entry into a well-worn genre, that of the harem comedy. One boy, lots of girls, plenty of laughs. The selling point in this series is that the romantic comedy is initiated when the boy is cursed. He’s allergic to cats to begin with, but he’ll turn into a cat if he doesn’t help a hundred cats. It seems that helping cats gets him noticed by girls. See if the show delivers on the laughs by clicking on the review. 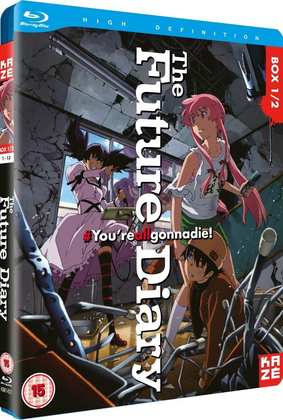 Next it was the turn of Mirai Nikki: Future Diary Part 1. This long delayed show is finally here in the UK. It’s a blood and guts action show as a couple of kids get drawn into a supernatural survival game, where their diaries start telling them the future, and they have to use them to track down and kill their opponents before they do the same to them. It’s full of gory action, and it ventures into some dark places. The selling point is the crazy stalker girl who winds up teaming with the hapless teen male that she obsesses about. 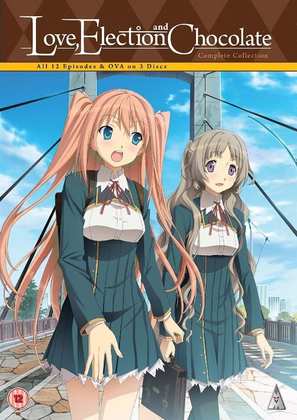 I wound up the week with Love, Election and Chocolate Collection. It’s not about a Valentine’s day vote, although that could have been a whole other show. It’s a high school ‘bit of everything’ anime, which sees a beloved Food Research Club threatened with closure by the most likely candidate to win the next student council election. What else to do but to put up a candidate against her. This comedy drama romance may be messy and uncertain, but it has its moments. Click on the review to see if this is more your thing. 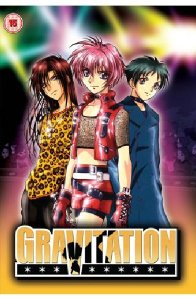 So why do I watch this, you may ask? Gravitation certainly falls into the so bad that it’s good category. But the real reason is that I like the music. Granted there are only three bands in the show, and they each only bring one song to the table, but it’s very eighties style pop-music, just my cup of tea. I’ve reviewed the individual discs on the site, but Stuart McLean has taken a look at the complete boxset released by MVM. And as you might expect from such a niche title, it is still readily available to buy even now.

MVM released Nyan Koi! last Monday, while Love. Election and Chocolate comes out today, and both are out on DVD and on Blu-ray. Kazé Entertainment releases Mirai Nikki: Future Diary Part 1 on DVD and Blu-ray today.