On Sunday 6th December and Monday 7th December 2015, those passing through Victoria Station in London had the chance to relive the jaw dropping opening scene from Mission: Impossible – Rogue Nation, out now on Blu-ray and DVD.

To celebrate the Blu-ray & DVD release of the global hit Mission: Impossible – Rogue Nation on December 7th 2015, from Paramount Home Media Distribution, commuters and passers by had the chance to relive the jaw dropping opening scene from the worldwide blockbuster film, by participating in a virtual reality experience at London’s Victoria station.

Donning an Oculus Rift headset, onlookers were strapped in to a harness and hoisted in to the air, grabbing the side of an aeroplane structure with a wind machine blowing at them with full force. The public got to experience the jaw-dropping scene from Mission: Impossible – Rogue Nation, where Ethan Hunt (Tom Cruise) clings on to the side of an aircraft as it takes off from the runway.

Filmed by JCDecaux, catch commuters in action as they experience the adrenaline of what it’s like to be Ethan Hunt for a day:

With his elite organisation shut down by the CIA, agent Ethan Hunt (Cruise) and his team (Renner, Pegg, Rhames) race against time to stop the rise of a new global threat, The Syndicate, a dangerous network of rogue operatives turned traitors. To stop them, Ethan must join forces with an elusive, disavowed agent (Ferguson) who may or may not be on his side as he faces his most impossible mission yet. 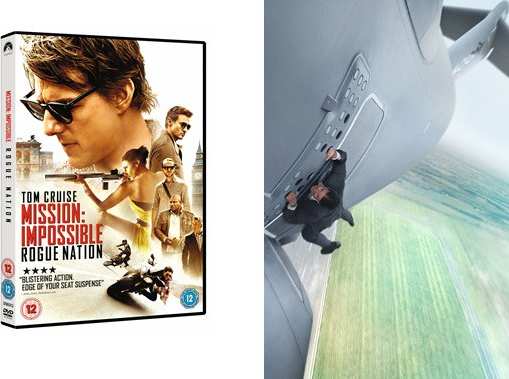