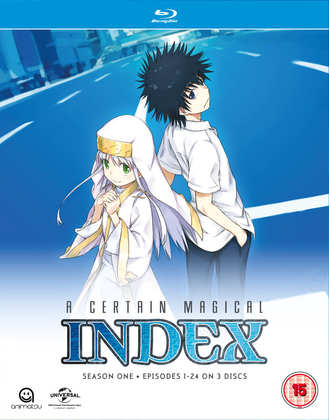 This has been a week of hyperbole, great expectations for anime built up by fan fervour and industry promotion. The fan fervour was certainly loud for my first review of the week, A Certain Magical Index Season 1. Fans have long wanted the Raildex franchise to come to the UK, those series based on the Japanese light novels, A Certain Magical Index, and A Certain Scientific Railgun, but contractual obligations and hoops meant that they couldn’t be licensed by the most likely company. Those hoops have been bypassed, and have since vanished at any rate, so we’re now getting to see what all the fuss is about. It could have fallen flat, but even though we’re getting it late, A Certain Magical Index still holds up well, interesting characters and engaging stories set in the kind of world that we haven’t seen before in anime. Beneath the usual clichés, there’s quite a bit of originality to be found. Click on the review to read more. 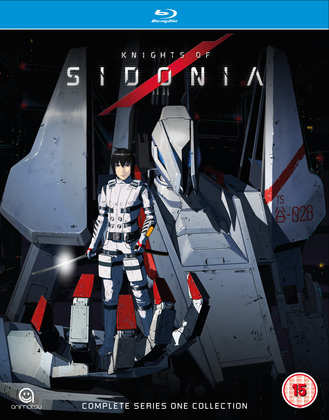 It was the industry that pushed my second review title, Knights of Sidonia Season 1, the first anime to debut as a Netflix exclusive, bypassing the usual niche anime streaming sites to go straight for the mainstream jugular. Again it could have been a case of industry hype outweighing the actual merits of the show, but Knights of Sidonia is a proper sci-fi space opera, a post apocalyptic adventure in deep space where the few human survivors flee the alien menace that destroyed the world in the hope of finding a new one, and the only heroes standing in the way of certain destruction, are teenagers in giant robots. But there’s a lot beneath the surface of this show, not least some compelling speculative fiction. 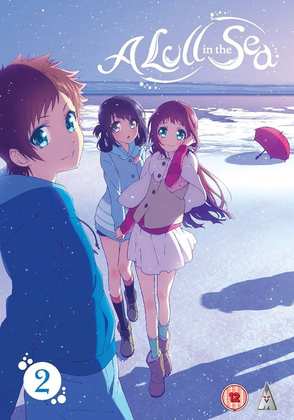 Stuart McLean provided the third review this week, with his look at A Lull in the Sea Part 2, while it was me selling it with excessive hype when I offered him the review discs. I loved the show when I saw it on Crunchyroll, but the hype might have seemed unwarranted following Stuart’s review of Part 1, which is as you might expect for a gentle, inconsequential, teen coming of age story. Of course Part 2 is where the shoe drops, and I suspected that would be reflected in the review of Part 2. Be warned that spoilers lie within. 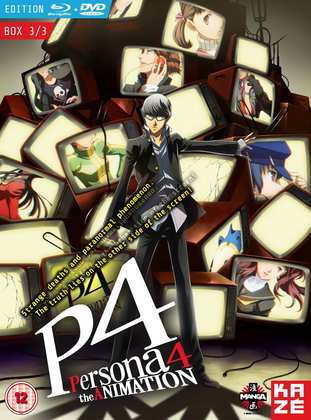 Persona 4: The Animation. Don’t ask me why, as I certainly didn’t rate it the first time I saw it, although this is another show that surfed in on a wave of industry hype and fan fervour. I just saw its juvenile approach to some dark and adult themes as laughably misconceived, coupled with a story dynamic that requires that you have experienced the games, and the rest of the franchise to fully understand it. It’s been at the top of the re-watch pile for some time now, taunting me, and quite frankly there was the possibility that I’d missed out the first time on what made it so liked, as these are Kazé discs. I watched it in Japanese, which meant that most of the important screen text translations were missing, and in some cases I missed out on a whole load of plot. This time I’m watching it in English. The dub from Sentai is atrocious, with middle aged actors sounding like whiny teenagers, and overdoing it to the point of constant screechiness. But I am getting the screen text translations. And it’s even worse the second time around.

Kazé pulled something of a coup when they released Persona 4 in the UK, the only English speaking territory to get it with English and Japanese audio on Blu-ray, with Sentai in the US restricted to English only. You can still get the Kazé release here from all the usual e-tailers. Here are my reviews of Part 1, Part 2, and Part 3 of Persona 4: The Animation, and you can see my interest in the show gradually diminish. If you can spin Region A, you might be interested to know that the hold on Sentai has recently been removed, and they’ve now issued dual language Blu-rays for Persona 4, with decent subtitling.


Animatsu will release A Certain Magical Index: Season 1 on Blu-ray and DVD next Monday, 14th of September, while Knights of Sidonia: Complete Series 1 Collection comes out on Deluxe Blu-ray and on DVD today, again from Animatsu. MVM release A Lull in the Sea Part 2 today on DVD, but remember that their Collector’s Edition Blu-ray comes out on the 21st from all e-tailers, although MVM’s Anime-on-Line outlet has a few early copies right now.