Blu-ray
One Piece - The Movie: Episode Of Alabasta
Related Articles

It’s been a quiet summer from Anime Limited following their release of Outlaw Star, but that’s because there’s been a whole lot simmering under the surface, not least of which were the new streaming titles on Wakanim, indicating that we can eventually look forward to home video releases of Tokyo Ghoul and Terror in Resonance from them somewhere down the line.

But last week, they unveiled their 2014 Q4 line up, which is a whole lot more prosperous when it comes to home video releases. Click here to read the full post.

But to summarise, Gurren Lagann is still due for September, October sees HAL, Blood Lad and Patema Inverted, November has The Wings of Honneamise and Space Dandy S1, and December has a surprise, and hopefully the first instalment of three of Kill La Kill. 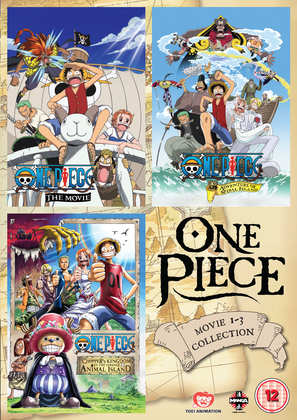 Four reviews last week, practically a bumper harvest of anime, although one of them was for a back catalogue title that has been languishing in my to-watch pile ever since I purchased it. First up were actually three titles for the price of one, as the first three One Piece feature films finally arrived in the UK. I say finally, but considering that we’re getting them first of all the English speaking territories, such weary resignation is misplaced. They’re proper spin-offs from the usual long mainstream shows, sticking to the standalone, filler nature of such things, with heroes, villains, the innocent to be rescued and protected, and a whole lot of action to provide thrills for the conclusion. But when you overlay this template with One Piece’s wacky comedy and zany characters, you still get something special, or in this case, three things special. Click on the review for One Piece Movie Collection 1 to learn more. 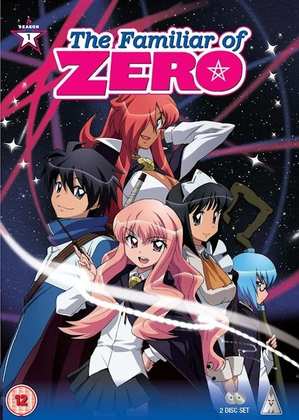 Next up was the first series of Familiar of Zero, although we may have a lengthy wait for the subsequent second, third and fourth series. Not that you need them as the first series is pretty much self contained, the tale of a hapless young man summoned from our world into a parallel world of fantasy and magic, where he is expected to serve as familiar for a klutz of a wizard. It’s as if a Muggle suddenly showed up in Hogwarts, only with this being anime, expect more than a few panty shots as well, as his master Louise has to continually beat some obedience and respect into him. But there is more to this story than just saucy humour... 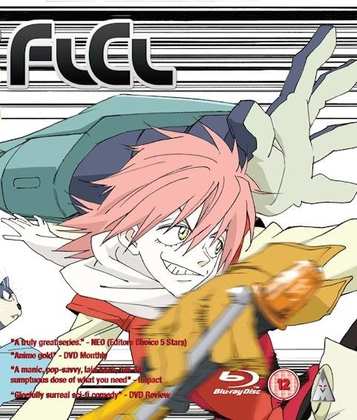 When one of my favourite anime shows was released on Blu-ray, it was inevitable that I’d buy it. What wasn’t inevitable was that I’d actually get the time to watch it, but I finally did find the hours in the day to partake of FLCL: Complete Collection in high definition. It’s still that incomparable, short and very sweet experience that Studio Gainax created, a show unlike any other, featuring amazing, inventive animation, and fascinating and engaging characters, telling an out there story that rewards with every new viewing. The thing is that FLCL was animated natively at SD resolution. Can it actually look better in HD? 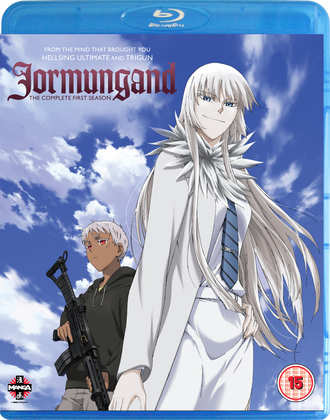 Finally I took a look at Jormungand Season 1. It’s something a little more in the way of Manga’s traditional anime playground of nuttiness and uber violence. After all, it’s a show about a war orphan who hates weapons, but becomes a child soldier and is then hired as a bodyguard by one of the arms dealers that he despises. He is not one of the usual young male characters that you find in current anime. And his employer is certainly a little unhinged, a young woman who pursues her profession with an insane glee, yet also with an odd code of ethics that you don’t normally see in the arms trade. But if ‘balls to the wall’ action is what you desire, then click on the review of Jormungand to find out more.

Manga Entertainment released Jormungand Season 1 on Blu-ray and DVD last Monday, while the One Piece Movie Collection 1 comes out on DVD today. MVM release Familiar of Zero: Series 1 on DVD and Blu-ray today, while their Blu-ray release of FLCL Complete Collection came out last year, and the DVD’s been available for ages.