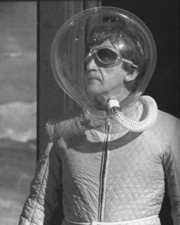 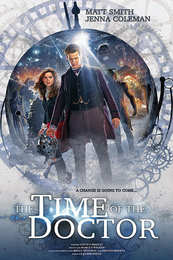 Following on from yesterday's look at what BBC Worldwide have coming our way next month, here is the second part, which has a bit of a sci-fi focus. Alas we can't seem to find any covers for these, hence the make-do images.

Anyhow, out on 13th January on both DVD and Blu-ray is Time of the Doctor and other Matt Smith Specials. Yes, this will include the final appearance in the title role by Matt, along with all the other specials he appeared in, what the title says basically!

It’s not long until Matt Smith’s final appearance as the Doctor will be aired over Christmas on BBC One in an epic final adventure, which will see The Eleventh Doctor’s finest hour, this is not the fall of the Eleventh but his finest hour.

The return of many of the Eleventh Doctor’s greatest adversaries including the Silent, the Cybermen, Sontarans and the Daleks, and Steven has said this episode will answer some questions he’s been setting up since the very first episodes.

Out one week later on 20th January is a classic release featuring the second Doctor, Patrick Troughton. Doctor Who: Moonbase will carry a recommended retail price of £20.42.

The TARDIS arrives in 2070 on the Moon, where a weather control station under the command of a man named Hobson is in the grip of a plague epidemic, in reality the result of an alien poison planted by the Cybermen.

Jamie is knocked unconscious and lapses into a delirium, leaving the Second Doctor, Ben, and Polly to fight off a massive Cyberman attack.