The start of December sees the resumption of Fairy Tail in the UK, and with collection 5, it’s also the debut of Fairy Tail on Blu-ray. That’s all well and good, but collectors can be a fickle bunch, they want consistency in their collections, and with the announcement of the Fairy Tail Blu-rays, Manga promised that they would go back and look at the first four parts to see if they could get HD upgrades as well, saving UK fans from the expensive import route. They went back and looked, and this week announced a date for the first collection. They’re doubling up the Blu-rays, as in the recent Fairy Tail DVD re-releases, and Collection 1 containing episodes 1-24 of Fairy Tail will be released on Blu-ray on March 10th 2014.

Manga also released another MCM Comicon video this week, so feast your eyes on this year’s cosplayers! 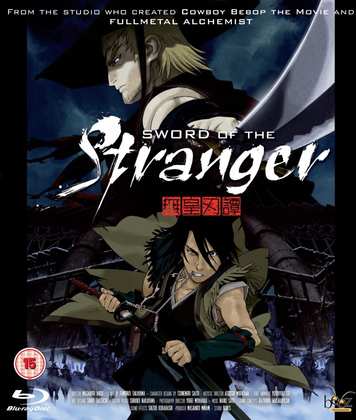 I quite filled my review quota this week, and can justifiably feel a little smug. My first review was for a golden oldie that never really got the exposure it deserved. Certainly it took me 3 years to get around to watching its Blu-ray, and it’s a title long since deleted, from a company that has been out of business for nearly two years now. You might still be able to find Sword of the Stranger on Blu-ray if you shop around, and if like me you expect po-faced period samurai action, then you’ll be just as surprised as I at what stylistically is an anime Spaghetti Western. Studio Bones made one cool movie when they made Sword of the Stranger! Click on the review to see just how cool. 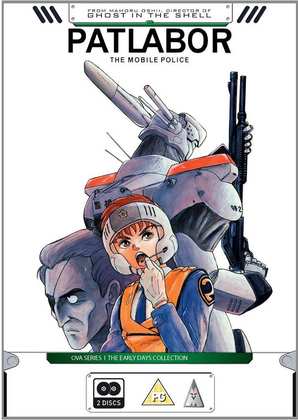 Then it was the turn of another golden oldie, one even more golden and even older. This is practically a vintage title making its UK debut on DVD and Blu-ray. I took a look at the DVD release of the Patlabor OVAs, a show that we in the UK missed out on the first time around, although we did get the spin-off movies. It’s a seminal title, the show that transitioned Mamoru Oshii away from the comedy of Urusei Yatsura towards the philosophical sci-fi of Ghost in the Shell. It’s got giant robots in, but this is unlike any giant robot show that you’ll have seen. It’s the most realistic giant robot show / character drama / police procedural / slapstick comedy you’ll have ever seen, and Patlabor OVA Series 1 holds up really well even after 25 years. 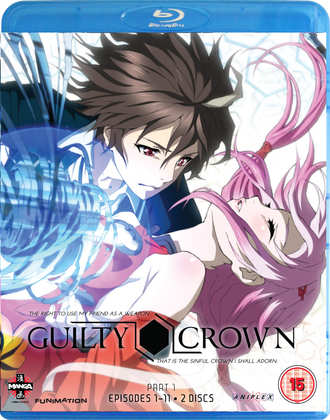 My last anime review of the week is Guilty Crown Series 1 Part 1, which brings us right up to date with a little sci-fi action conspiracy set in a Japan occupied and held under a foreign yoke. It wasn’t an invasion; it was practically an act of kindness following a meteorite impact that unleashed an alien plague. But the occupiers are unwilling to leave now that the country is on its feet again. So naturally there is a resistance movement, and hapless teen Shu Ouma gets involved when he inadvertently obtains the power to use people’s hearts as weapons. It sounds kind of familiar doesn’t it? Click on the review to see just how familiar it is. 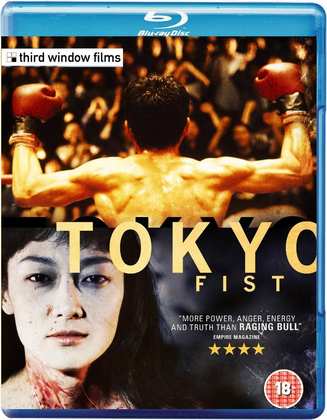 A little live action to end on. Way back when Manga Video was the exemplar of extreme content, designed to bait the tabloids and court controversy, they released a movie on VHS called Tokyo Fist, from the director of Tetsuo: The Iron Man, Shinya Tsukamoto. Manga Entertainment eventually put out a DVD of that print, and you can see Tokyo Fist ticking all the boxes that Manga Entertainment were renowned for back then. There’s more to Shinya Tsukamoto’s movies than just that, and recently he’s been revisiting his earlier works to restore them for the HD generation. Tokyo Fist is now coming out on Blu-ray, and it looks very delectable indeed.

Beez Entertainment released Sword of the Stranger on DVD in 2009, and on Blu-ray in 2010, and there are still copies floating around out there. MVM release the Patlabor OVA Series 1 on DVD and Blu-ray today, as does Manga Entertainment with Guilty Crown Series 1 Part 1. Tokyo Fist makes its world debut on Blu-ray thanks to Third Window Films next Monday 25th November, and they re-release it on DVD as well.