Following a critically acclaimed run at this year’s Edinburgh Fringe Festival (and recommended in our own Fringe guide), Nish Kumar wants to let the people of the Soho Theatre know, who he really is. Nish Kumar: Is A Comedian begins on the Monday 9th December, through to Saturday 21st Decemberand will be sure to be another sell-out show. 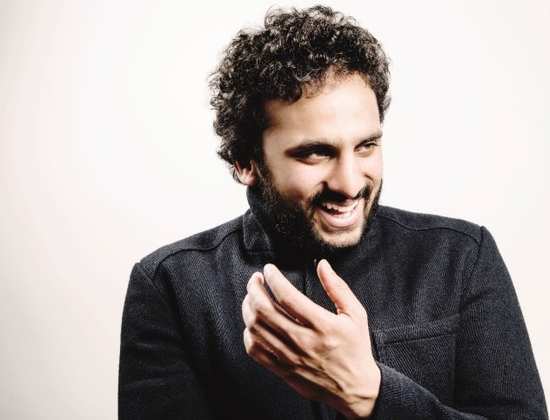 Throughout the show, he deliberates identity, why we take offence and what happens when the internet steals your face (this really happened). The show is full of wittily-written anecdotes and sharp punch lines, which will leave no audience member’s laugh unheard.

The show follows on from last year’s much loved ‘Who Is Nish Kumar?' That earned him a Top 10 position in Dave TV’s Funniest Jokes on the Fringe, and a successful Soho Theatre sell-out run. He has also filmed an episode of Stewart Lee’s Alternative Comedy Experience for Comedy Central, due to air in 2014.

Nish kick started his career in comedy after two successful runs at the Durham revue at the Edinburgh Fringe Festival in 2006 & 2007, he then went on to appear in 2008’s ‘Coolfun’ show for the Free Fringe Stand-up mixed bill, alongside Josie Long which was featured on BBC Online. In 2009 Nish took on a key role in ‘The Hotel’ at the Edinburgh Fringe, directed by fellow comic Mark Watson and produced by Simon Pearce.

Back in 2010 Nish’s double act, ‘The Gentlemen of Leisure’ completed a hugely successful sell-out run at the Edinburgh Festival. Following the praise, their show returned in 2011 along with Nish’s own stand up show which he hosted and featured in alongside various other comics including, Daniel Simonsen and Josh Widdicombe. 2011 not only saw ‘The Gentlemen of Leisure’ write and perform a site-specific tour of the British Museum but found Nish taking up hosting roles for both lecture series PLEB Talks and ‘Fat Tuesday’, dubbed 'One of London's Best Comedy Nights' by Time Out.

‘A highly polished, subtly innovative stand-up…. He is a talent worth catching up with.’ The Guardian

‘A comedian on the up…. An ingenious, witty look at identity that suggests Kumar will soon be getting known for all the right reasons.’  The Times

‘Impressive and accomplished….full of confidently delivered, wryly witty tales that delight in the quirks and possibilities of language.’  Scotsman

‘Slick, sharp and with oodles of charm, Nish Kumar is a comedian, and a bloody good one at that.’ Time Out