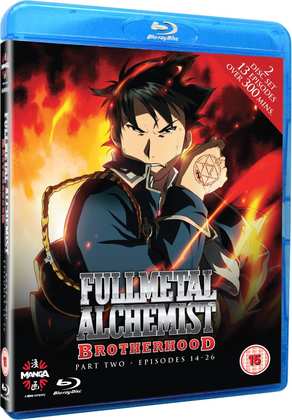 It’s that time of the week again, where I remind you of what you might have missed out on last week. It’s been a little dry news-wise, so let’s plunge straight into the reviews. I began by dredging up the distant past, as I took yet another, and probably my final look at Fullmetal Alchemist Brotherhood in the form of volume 2 on Blu-ray. Manga started releasing the show on Blu-ray back when I was reluctant to commit to HD, and I guess many others were too, which led to it being prematurely cancelled. That changed this year, as Manga resumed releasing the show on Blu-ray, and completed it as well. I got my first look at HD Fullmetal Alchemist, and was instantly won over, going back and buying the first two volumes that I had missed out on. Besides, Fullmetal Alchemist Brotherhood: Volume 2 has probably my favourite moment in all the anime that I have seen. I wasn’t going to miss out on that in HD! 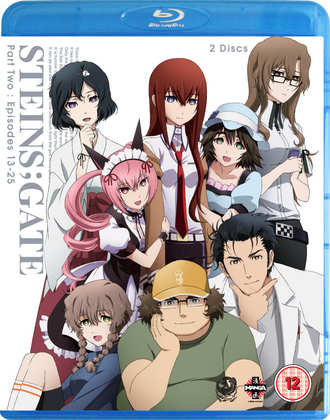 You should have bought Steins;Gate Part 2 already! For one thing, it’s been out for a couple of weeks. For another thing, it’s the conclusion of a show which is a definite contender for anime release of the year. Seriously, just buy it. Okay, read this paragraph and then buy it. Well, click on the review, read that, and then buy it. The whole point of this shameless promotion is to avoid giving spoilers away in this paragraph. I was more circumspect than I needed to be in my review, and I’m not going to risk spoiling it now. It really is that good. 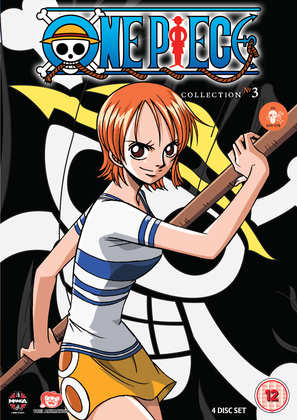 You’d think that after two of the best examples in anime storytelling in recent years, partaking of a shonen classic anime would be a bit of a comedown, and you’d be right. There’s nothing better to switch your brain off at than a long running action series for young boys, with lots of episode spanning fights, yelling out of special moves, levelling up of skills, and succeeding through superior willpower. But when it is something as patently daft and cartoonish as One Piece Collection 3, then it’s easy to make allowances. This stuff is just funny. In this instalment, Luffy and his friends finally make it to the Grand Line. The prologue is over, and it only took around 60 episodes! 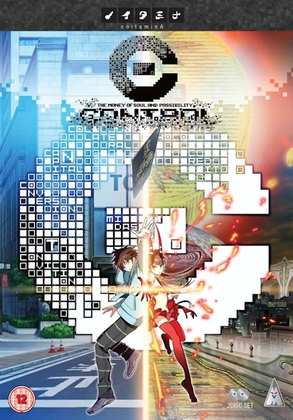 To round off a hectic week of reviews, I finished up with C-Control: The Complete Series. It’s a series from that noitaminA strand of shows, anime made to reach the parts that other anime don’t reach. These shows play to wider audiences, with unexpected stories and a minimum of the usual clichés and tropes. No room for swimsuit episodes in an allegory about the financial collapse. You might be convinced after watching this, that those idiots in investment banks and the commodities markets really do play the system in the way they do here, although I want a credit card that makes a cute little demon girl appear. It may not be perfect, but C-Control will definitely provoke thought.

Manga Entertainment released Fullmetal Alchemist Brotherhood: Volume 2 on Blu-ray a few years ago in 2010, but in an amazing coincidence, today is the day that they release Part 2 of the Complete Collection (the second half of the series across 5 discs) on Blu-ray as well. Manga Entertainment also released Steins;Gate Part 2 on Blu-ray and DVD on the 30th of September. One Piece Collection 3 is also Manga and came out on DVD on September 23rd. C-Control: The Complete Collection comes out today on DVD courtesy of MVM.