Low Winter Sun - the antidote to your "end of Breaking Bad" blues?

Last weekend, arguably the most talked-about television series of the past five years finished. Breaking Bad aired in the US on Sunday, swiftly followed by its UK premiere on Netflix on Monday.

It proved to be extremley addictive watching and now it has finished where do we get our next fix…? 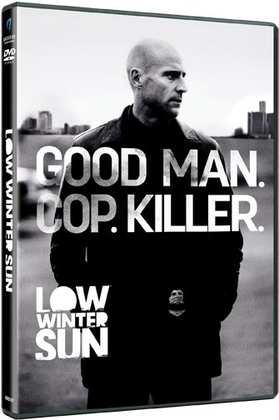 LOW WINTER SUN from AMC (the producers of Breaking Bad and Mad Men) is out on DVD and Blu-ray on the 28th October.

Low Winter Sun begins with the murder of a cop by a fellow Detroit detective, Frank Agnew (Strong). Seemingly the perfect crime, in reality the murder activates forces that will forever alter the detective’s life, and pull him into the heart of the Detroit underworld. Filmed on location in Detroit, this gritty and provocative crime drama explores the city’s many contradictions, from its physical and spiritual decay to its survivors’ resilience.

LOW WINTER SUN IS OUT ON DVD AND BLU RAY ON THE 28th OCTOBER.