It always comes down to the good news bad news equation. It may be a slight disappointment to hear that Perfect Blue’s Blu-ray has been pushed back by two weeks, but that gives you two weeks to watch Cowboy Bebop Part 2. A greater disappointment is the indefinite delay to the Shinkai pack, Voices of a Distant Star and The Place Promised in Our Early Days (which also has She and Her Cat and Travelling Daru). The good news behind the delay is that the pack just got bigger, as Anime Limited announced the license of Garden of Words, Shinkai’s latest, and that’s going in the collection too. 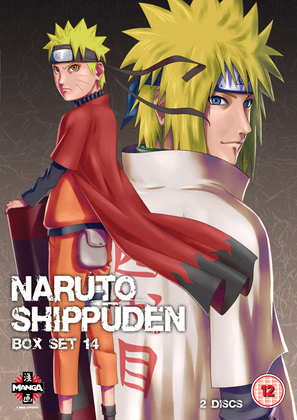 I take a couple of days off to fully appreciate the niceties of having a cold, and I fall behind with the reviews. First I coughed and spluttered my way through Naruto Shippuden: Collection 14. The previous collection saw the intensity of the Pain Arc reach a crescendo, and this set of episodes sees it come to a conclusion. These episodes do live up to the promise of the previous set, but then the eternal bugbear of filler strikes. Fortunately, this time the filler isn’t that bad. 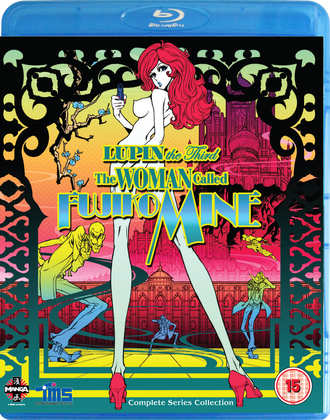 I wish I could say the same about Lupin the Third: The Woman Called Fujiko Mine, which I sneezed and sniffled through. It’s a show that has some serious creative talent behind it, creators of three of my favourite shows. It marks the return of one of the biggest anime franchises to television after a gap of nearly thirty years, and the animation is stylish, cool, and atmospheric in all the right ways. But this series, which this time focuses on Lupin’s occasional rival/sidekick/love interest failed to click with me. You can click with the review to see just why I was disappointed. 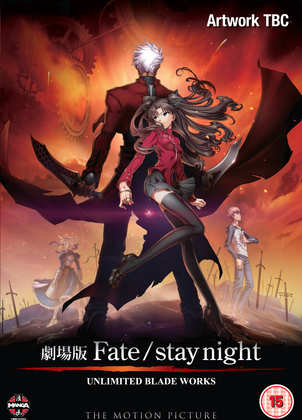 Finally it was the turn of Fate/Stay Night: Unlimited Blade Works, which I wheezed and snnnrked through. The Fate/Stay Night series was released here a couple of years ago, and turned out to be a fairly agreeable sword and sorcery adventure show that had somehow picked up a substantial fan following. The fans were substantial enough to warrant a feature adaptation, but rather than simply just rehashing the series for the big screen, the creators went and adapted another route through the game that Fate/Stay Night is based on. It’s the same initial starting point, but the movie heads in a completely different direction. See if it’s the right direction by clicking the review.

It’s all Manga Entertainment. Naruto Shippuden: Collection 14 was released last Monday on DVD, Lupin the Third: The Woman Called Fujiko Mine was released on September 16th on DVD and Blu-ray, while finally catching up, I can tell you that Fate/Stay Night: Unlimited Blade Works comes out on DVD and Blu-ray today.